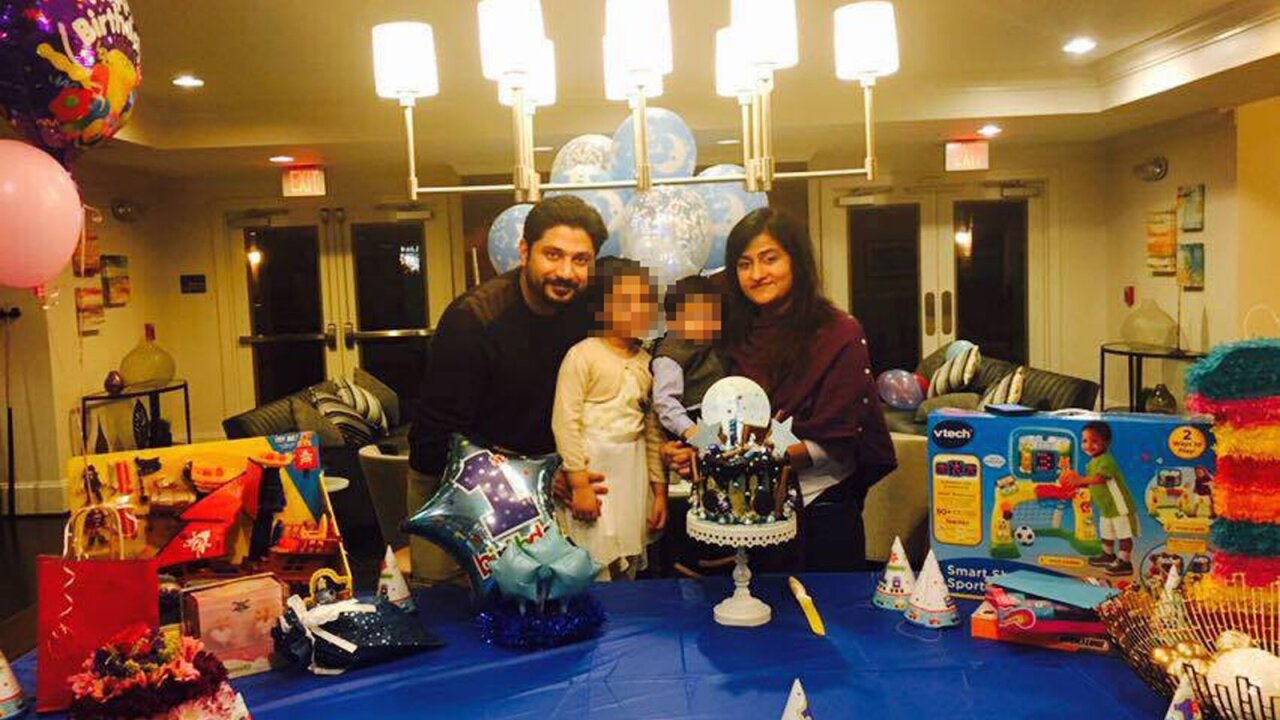 Shoaib and Mahrukh, who asked to be identified only by their first names, and their two children were alarmed to find their Alexandria, Virginia, apartment burglarized.

Shoaib and Mahrukh, who asked to be identified only by their first names, and their two children were alarmed to find their Alexandria, Virginia, apartment burglarized.

A Muslim family returned from a weekend getaway to find their home vandalized.

Shoaib and Mahrukh — who asked to be identified only by their first names — and their two children were alarmed to find their Alexandria, Virginia, apartment burglarized. Their Quran was torn into pieces, anti-Muslim hate graffiti was written on the wall, and valuables, ranging from their passports with green cards to computers and gold jewelry they had received as wedding gifts, had been stolen.

“We were in pure shock and disbelief,” Shoaib said. “I remember thinking when am I going to wake up from this nightmare.”

The family, who immigrated from Pakistan last year, had been visiting relatives in New York when they learned what had happened.

A torn Quran was found in the looted apartment

According to the Fairfax County Police Department report, a maintenance employee entered the apartment to do work while the family was away and found it in disarray. It was broken into sometime between March 24 and March 27.

Shoaib does not believe they were targeted for their religion, but rather because their apartment has no cameras surveilling it. “I think that only once they came in they realized Muslims live here and decided to rub it in our faces,” he said.

The incident is under investigation as a burglary and bias-related incident. Police are hopeful that a number of tips they have received will pan out, Officer Tawny Wright said.

The same Fairfax police report includes another bias-related incident in the county on the same day, about 9 miles away, in which swastikas were spray painted inside a building and on trees.

After learning of the apartment incident, Rebecca Link, a Fairfax County native, decided to open a GoFundMe page on Shoaib and Mahrukh’s behalf. “I couldn’t believe it. There has been so much hateful stuff in the news and suddenly it hit home,” Link said.

The initiative raised over $3,000 in its first 24 hours, prompting Shoaib to express his gratitude. “Yesterday we felt extremely lonely and frightened but seeing how quickly and overwhelming people of all backgrounds have come together to show support has restored our faith in America and in humanity more than ever,” he wrote on the page.

The family will not return to live in the ransacked apartment, because the notion that someone went through their belongings there had left them with a “disturbing feeling,” Shoaib said.

However, he added that they will look for another place in the same county, which they believe is safe and welcoming. “It’s important not to let these kinds of things have an impact on you because that’s when hatred wins,” Shoaib said. “We are not willing to let that happen. We are not running away.”