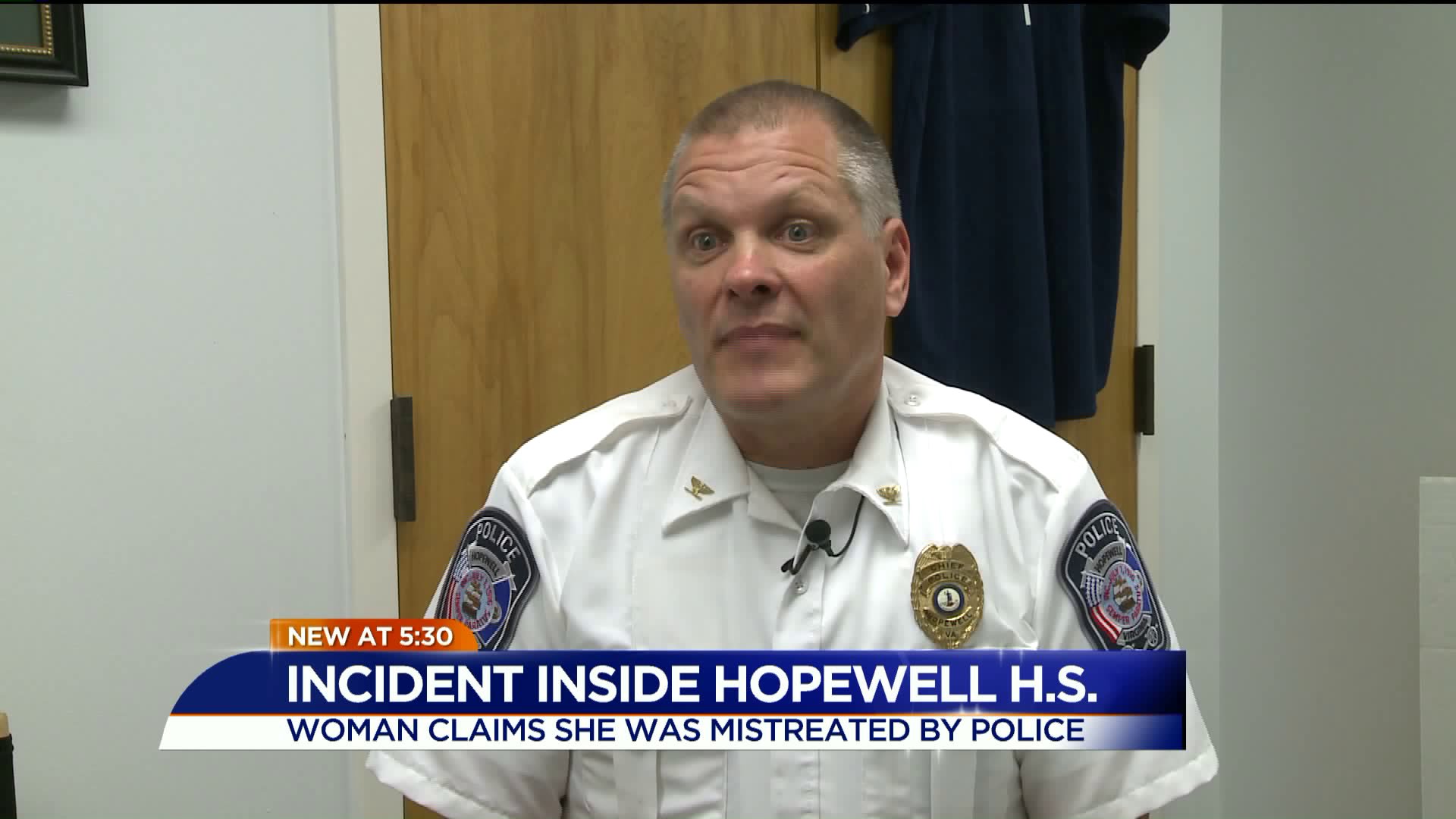 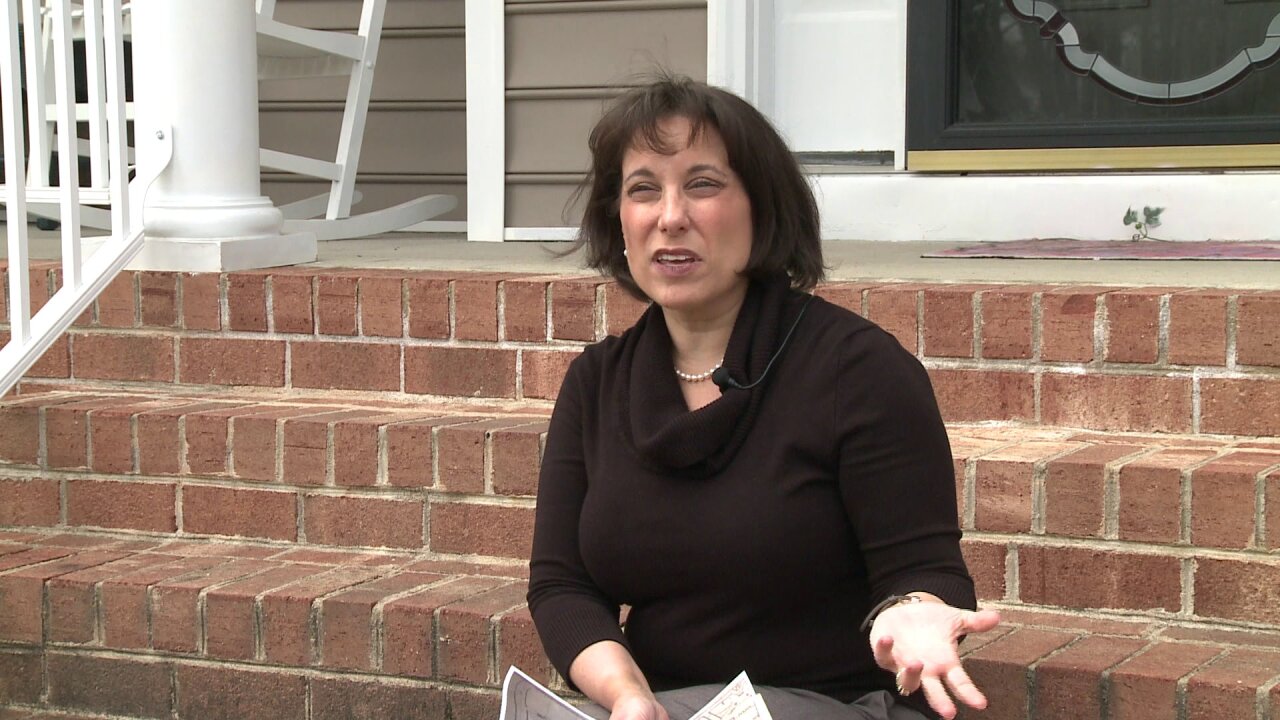 HOPEWELL, Va. -- Fran Belisle and her husband filed complaints against two Hopewell Police Officers after they were arrested during an Arts Festival on Saturday at Hopewell High School.

"You can still see the bruises on my wrists,” the Chesterfield mother of two exclaimed.

She said the situation began after an encounter in a hallway.

"The police had set up a barricade in the hallway."

Belisle said she was trying to walk her 9-year-old daughter to a classroom but was stopped by the officer, who told her parents weren't allowed past a certain point.

"I said you can't let eight or 9-year-old kids go unsupervised down a hallway,” Belisle said.

An officer allowed her to go and come back, but then Belisle said she intervened for another parent and less than a minute later the handcuffs were on and she was being dragged away in front of her 11 year old child.

Belisle was unhappy with how the events unfolded.

"Evidently she had a problem with how it was structured,” said Chief John Keohane, with Hopewell Police.

Chief Keohane said past problems with parents in the hallway led to the area being cordoned off.

A witness to the incident reported that Belisle was belligerent and used profanity, both which she denied.

"She was very loud, very aggressive and belligerent to the officers,” Chief John Keohane said. “They gave her several opportunities to leave the area and to calm down and that just didn't happen."

"If she just listened to the Officers, the arrest would have never occurred," he added.

Belisle was given a summons for disorderly conduct but allowed to stay and see her child perform.

She will appear in court on April 3.