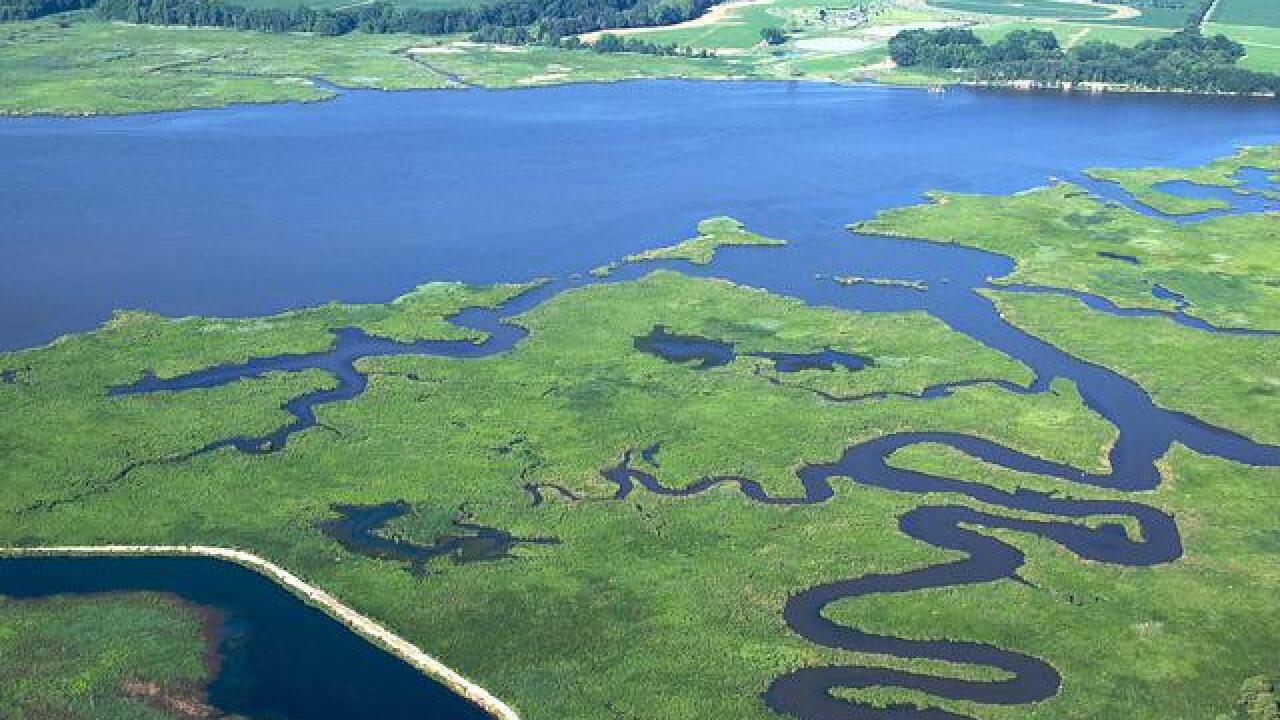 In 2010, the EPA established the “Total Maximum Daily Load” — a “pollution diet” — for the Chesapeake Bay. (Photo courtesy of the EPA)

In 2010, the EPA established the “Total Maximum Daily Load” — a “pollution diet” — for the Chesapeake Bay. (Photo courtesy of the EPA)

President Donald Trump’s budget plan, released last week, reduces the budget for the federal Environmental Protection Agency by 31 percent. That includes a $427 million in funding to address regional pollution, such as the Chesapeake Bay protection efforts.

The proposed budget would eliminate funding for the EPA’s Chesapeake Bay Program, which received $73 million from the federal government in 2016.

“It’s indicative of the overall policy of the Trump administration, which is bad,” said Drew Shannon, an organizer with the Virginia Student Environmental Coalition.

He said people across the political spectrum are angry especially because of the importance of the Chesapeake Bay and its connection to Virginia’s culture. “It’s a rare instance where we see bipartisan support for an environmental issue,” Shannon said.

“This is the message the president wanted to send to the public, to the press, to Capitol Hill: He wants more money for defense; more money for border enforcement; more money for law enforcement generally,” Mick Mulvaney, director of the Office of Management and Budget, said in a press briefing last week.

And with the Trump’s refusal to add to the federal deficit, the money had to come from somewhere.

A summary released with the budget states that the administration wants to transfer to state and local governments responsibility for programs like the Chesapeake Bay cleanup.

Most of the Chesapeake Bay Program’s federal money goes to states, local governments and community groups through grants. They focus on coordinating and monitoring the efforts of the six bay watershed states and the District of Columbia. Besides Virginia, the states include Delaware, Maryland, New York, Pennsylvania and West Virginia.

“Since water does not respect state boundaries, restoring the Bay depends on each jurisdiction’s funding levels and ability to implement the blueprint,” Kristen Davis, an attorney with the Southern Environmental Law Center, told The Virginian-Pilot in an email.

The “blueprint” she referred to is a pollution reduction plan that the six watershed states and D.C. signed in 2010.

“This is a program that’s enjoyed bipartisan support. It’s noncontroversial. It’s science-based, and it’s working. The bay is getting better,” Chesapeake Bay Foundation president Will Baker said in a video released on the organization’s Facebook page. The foundation is a nonprofit organization that advocates for measures to “save the bay,” the group’s motto.

Last month, a bipartisan group of 17 members of Congress from the six watershed states sent a letter to Trump asking him to keep bay program funding the same in the new budget.

Congress now has the opportunity to revise the proposed budget. It must pass both the U.S. House of Representatives and the Senate before taking effect.

“We’re discouraged, but we’re not giving up. We will fight to get these funds back into the federal budget with every fiber in our bodies,” Baker said.