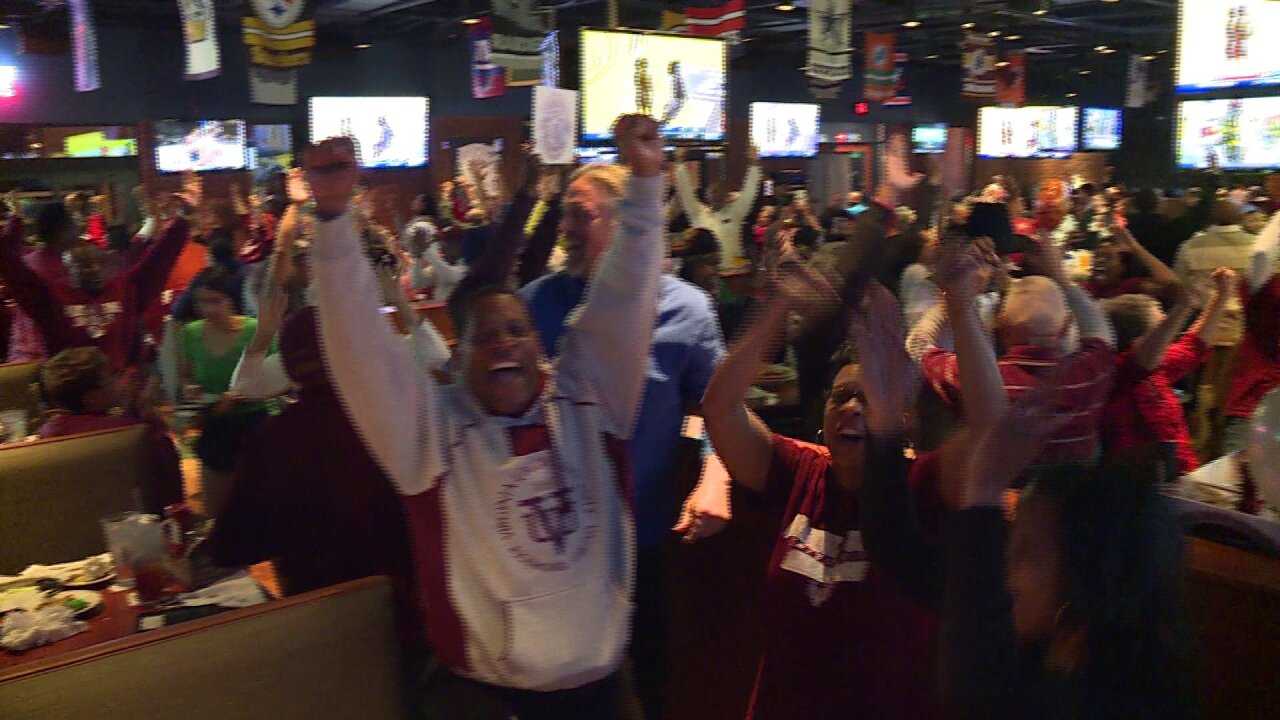 RICHMOND, Va. -- The Virginia Union University Lady Panthers have made it to the NCAA Division II basketball championship game!

When it comes to national basketball championships, this little, private, historically black university is a powerhouse, with four titles between the men's and women's teams. Some of their stars have become NBA greats, such as Charles Oakley and Ben Wallace.

And their house - the gym they practice and play in - also has a distinctive history: It's got to be the most travelled, internationally-flavored building in the land.

This is where students do art and practice and perform their theater.

This is where their marching band practices their chops. This used to home to the school's library and science labs.

But long before this unusual building became home to the Panthers, it belonged to the Belgians.

The nation of Belgium, that is.

They built it 330-some miles away from Richmond almost 80 years ago for 1939 World's Fair in New York City.

"This building sat in Flushing Meadows Park in Long Island," said VUU crusader Dianne Watkins. "The Belgians found that they could not take their pavilion back to Belgium because war had broken out. They decide to give it away.

"So Virginia Union was one of 27 entities who vied for it," she added. "And they won because of the University's mission and its location. The building was dismantled, put on trucks and sent to Richmond."

But the university had to raise $500,000 to rebuild it. No small feat in wartime 1940 - for a black university that began in 1865 and had its very roots at Richmond's Lumpkin's Jail, where nuns taught slaves to read.

Watkins uncle, John Ellison was VUU's president, and the job got done.

Imagine, all that stone, slate, steel and giant Belgian bricks, all taken apart piece by piece and trucked to Richmond.

All but the bells. They found the towering carillon bell tower had no bells.

"Before the building left New York, the carillon was pulled out and given to Herbert Hoover," Watkins explained. "And he had the bells sent to his alma mater, where they ring now . . .  at Stanford University in Palo Alto, California."

She said the Belgians were thanking Hoover for helping them after the first World War.

Electronic bells recently began ringing in the tower. (It's been a mission for Watkins.)  And its slippery slate panels were replaced with steadier concrete. I got a peek inside at its lofty steel skeleton. It's definitely a World's Fair affair, as is the Art Deco design of the structure.

It's not just athletes who have enjoyed the Belgian Fellowship Building at the intersection of Lombardy Street and Brook Road.

As class of '77 alum Larry Williford said, "We have celebrities . . .  mayors and governors and athletes. The academics is great and also the athletics."

He was a good enough football defensive end to get invited to Atlanta's NFL camp, and the school was good enough to him to encourage his daughter (class of 2001) to attend.

Williford was among 100-plus fans and alumni to pack the watch party at Kickback Jacks Wednesday evening as the Lady Panthers outlasted and out-hustled the number 2 ranked California Baptist Lancers in a real nail-biter that lit up the W. Broad Street restaurant.

Yes, a championship banner for the Lady Panthers - their first since '83 - would be sweet addition to this historic, well-traveled building.

Watch our video and get a closer look at this unusual 1939 World's Fair survivor as it continues to make history.