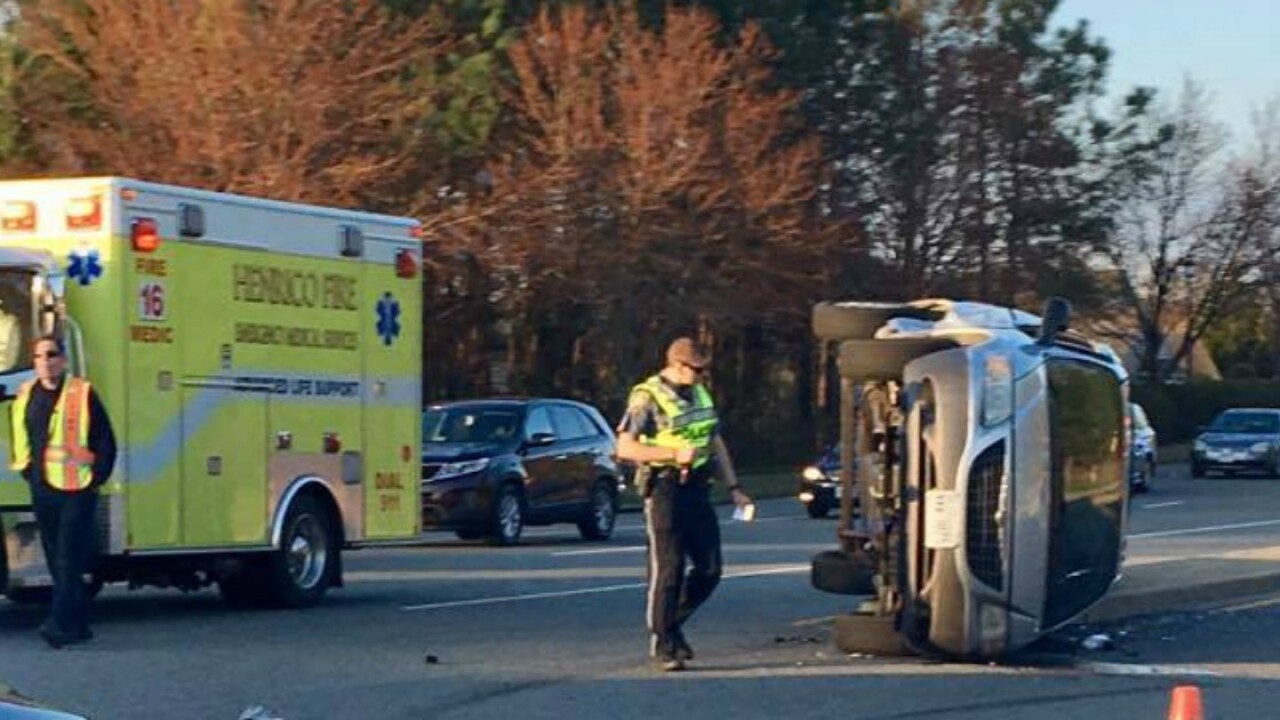 “A Henrico County school bus with students on board was exiting school property when it struck a minivan that was traveling west on Twin Hickory Road,” a Henrico Police spokesman said. “The crash caused the van to overturn onto its driver’s side. There were no injuries reported by anyone involved.”

Police responded to the accident at about 7:40 a.m.

The bus was a “hub bus” taking students to specialty schools, a Henrico Schools spokesperson said.