Gluten-free diets: Where do we stand? 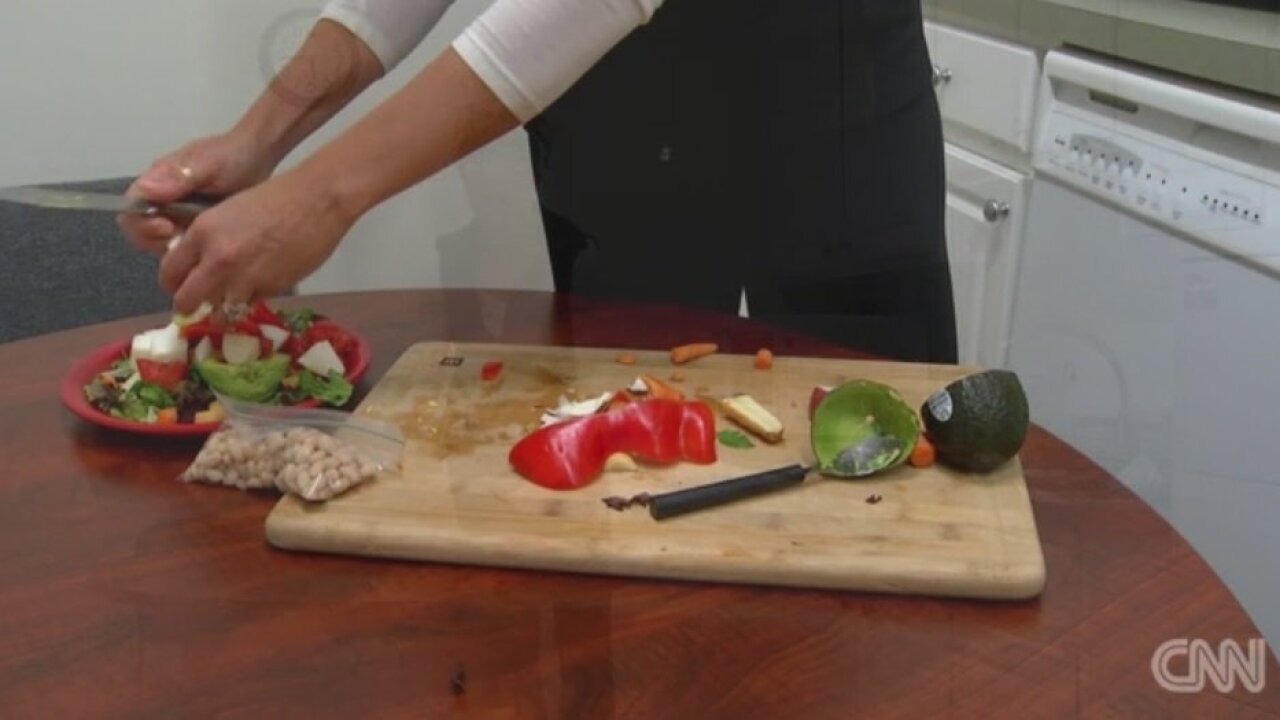 The gluten-free diet has a long history of treating people with celiac disease, a digestive disorder in which your body is abnormally sensitive to gluten, a protein component of wheat, rye, barley and crossbreeds of those grains.

Over the past few decades, millions of people around the world have distanced themselves from gluten, eliminating gluten sources from their diets, even if their doctors haven’t recommended they do so.

The gluten-free diet has a long history of treating people with celiac disease, a digestive disorder in which your body is abnormally sensitive to gluten, a protein component of wheat, rye, barley and crossbreeds of those grains.

Now, going gluten-free has become something of a nationwide obsession in the United States and is increasing in popularity globally.

“It is now the most popular diet in Hollywood,” said Dr. Alessio Fasano, director of the Center for Celiac Research and Treatment at Massachusetts General Hospital, who has led world-renowned research on gluten.

Nonetheless, “this is a medical intervention,” he said. “For those who just brush it off that this is a fad and a fashion lifestyle, be considerate of the people that survive on this diet. For people with celiac disease, the gluten-free diet is like insulin for diabetics.”

There is little research to support the idea that a gluten-free diet can help improve health problems aside from celiac disease or non-celiac gluten sensitivity, according to the US National Library of Medicine.

So how did gluten-free eating shift from a rare treatment approach to a trendy way of living? Here’s a look at the rise and fall of gluten and how the gluten-free diet has shaped public health over the years.

1940s: The gluten-free diet is discovered

World War II wreaked havoc across most of Europe. Children became malnourished, with limited access to fruits, vegetables and especially wheat. While that lack weakened the health of most, it seemed to strengthen those with celiac disease.

Dr. Willem-Karel Dicke, a Dutch pediatrician, noticed that fewer children with celiac disease were suffering symptoms during wartime than before the war, when the disease had a mortality rate of about 30%, Fasano said.

Doctors had long known about celiac disease and viewed it as a condition that mainly impacted children.

“This gentleman during World War II noted that the mortality of celiac disease was zero, and he didn’t realize immediately why until when the war was over and the mortality went back to the pre-war era,” Fasano said.

In 1941, Dicke published a paper about his clinical observations of the effects that a wheat-free diet had on his patients (PDF).

“There’s nothing specifically bad about gluten or specifically good about a gluten-free diet, outside of for these specific — not uncommon but relatively small — populations of people with celiac disease, which is about 1% of people in the general population,” said Dr. Daniel Leffler, director of research at the Celiac Center at Beth Israel Deaconess Medical Center in Boston.

Why exactly can gluten make those with celiac sick? Scientists originally viewed it as a food allergy, but that all changed in the decades to come.

Scientists uncovered the first signs that celiac disease could be an autoimmune disorder — instead of an allergic one — in the 1970s, Leffler said.

The pathogenesis, or how the disease develops on a cellular level, first appeared in the scientific literature. By the mid- to late 1970s, many studies had been published on the pathogenesis of the disease, linking celiac disease with immunological disorders.

Leffler said that those studies would lead to the discovery that celiac disease was associated with a gene called HLA-DQ2, a component of the genetic immune response. The HLA-DQ8 gene is also associated.

“This was sort of a surprise, because HLA-DQ2 was already known to be linked to type 1 diabetes, which is another classic autoimmune disease, but not to any of the allergic diseases. So the genetics that people with celiac disease have is much more similar to autoimmune diseases,” Leffler said.

Scientists realized that celiac disease is an autoimmune disorder, spurring the immune system to attack its own intestines when gluten enters the body.

It was still thought that only people with celiac disease could have such reactions to gluten, but then the idea emerged that gluten could impact the health of some people without celiac disease, too.

1980s: What is non-celiac gluten sensitivity?

A description of non-celiac gluten sensitivity was originally published in a 1980 paper in the journal Gastroenterology. The paper described eight women who suffered abdominal pain and chronic diarrhea that went away while they were on a gluten-free diet. They had no evidence of celiac disease, based on biopsies. Currently, celiac disease may be diagnosed based on your medical and family history, a physical exam, blood test, genetic test, or a skin or intestinal biopsy.

“The symptoms are there. Folks do get better once they remove the gluten-containing products, and the very important thing is to exclude celiac disease from the picture, as celiac disease implies that the intestinal mucosa has suffered damage,” Safta said.

By this point, however, gluten sensitivity — whether celiac or not — had been mostly observed and studied in Europe. That would change in the next decade.

Fasano, director of the Center for Celiac Research and Treatment at Massachusetts General Hospital, saw many cases of celiac disease early in his career as a pediatric gastroenterologist in Naples, Italy.

When he moved to the US in 1993, he was surprised to hear from both researchers and health care professionals that he wouldn’t see as many cases.

“Celiac disease was considered extremely rare, almost nonexisting in the United States, and that was a quite interesting observation given at the same time in Europe, where I was coming from, there was a rampage of epidemics of celiac disease all over,” Fasano said.

He started to conduct research as to why celiac disease was uncommon in the United States. It turned out that celiac disease was just as prevalent in the US as it was in Europe but had been generally ignored, according to a 1996 paper that Fasano authored and published in the journal Acta Paediatrica.

“Now you know, whenever you look for it, you find it, provided there are genes and environmental triggers,” Fasano said of celiac disease.

Fasano then published more data, leading to a landmark paper that would change the scientific community’s view of gluten in America.

Fasano’s research was published in the journal JAMA Internal Medicine in 2003.

“It really was a critical study,” Leffler said.

Once Fasano turned a spotlight on celiac disease in the US, many more studies emerged about gluten sensitivity among Americans, some suggesting that a gluten-free diet may benefit a subgroup of patients with various health disorders.

“There is a possibility that some groups of individuals with other chronic inflammatory conditions, including autoimmune diseases like diabetes or multiple sclerosis, of course autism … and schizophrenia … there could be a subgroup of these individuals that could benefit from embracing a gluten-free diet,” Fasano said.

“For schizophrenia, for example, we’re talking about 20% or 25%. That’s not a trivial number,” he said. “The same applies with autism, which also the numbers seem to adjust a little bit less, roughly 20%.”

As scientists explored curious connections between gluten-free diets and various disorders, celebrities started to weigh in.

In 2012, singer and actress Miley Cyrus tweeted that she had lost weight due to a gluten-free and lactose-free diet, since she has gluten and lactose allergies, she said in the tweet.

“Gluten is crapppp anyway,” she tweeted.

At the same time, companies also expanded the types of products they offer to cater to a growing gluten-free consumer base.

By 2013, the gluten-free food and beverage industry grew to $10.5 billion, according to the market research company Mintel.

That year, the FDA issued rules for defining “gluten-free” on food labeling, requiring that gluten-free-labeled foods must have an undetectable level of gluten.

At the same time, more consumers who didn’t have celiac disease or non-celiac gluten sensitivity took on gluten-free diets by choice.

Between 2009 and 2010, about 0.52% of Americans without celiac disease eliminated gluten from their diets, and that percentage rose to about 1.69% by 2014, according to a study that published in the journal JAMA Internal Medicine in November 2016.

Yet experts warn that gluten-free eating might not offer benefits if you don’t have gluten sensitivity — and that the diet could do more harm than good.

“We definitely don’t recommend a gluten-free diet for weight loss. My dietician will tell you that. The reason why is, when they remove gluten from a lot of these foods to make them taste more appealing, they add more calories or carbohydrates,” said Dr. Runa Watkins, assistant professor at the University of Maryland School of Medicine, who specializes in celiac disease.

“The second thing is, being on a gluten-free diet also puts you at risk for other nutritional deficiencies in the long run, such as like B-12 and zinc and folate,” she added, “And cost-wise, it can be expensive. So we definitely don’t recommend it just because.”

A study published in the journal Epidemiology this month found that people eating a gluten-free diet — 73 adults out of 7,471 in the study — had higher concentrations of arsenic in their urine and mercury in their blood.

Those toxic metals might be linked to gluten-free eating through consuming large amounts of rice, which is known to absorb inorganic arsenic as it grows.

All in all, for those who need to consume a gluten-free diet as a treatment for celiac disease, Watkins recommends to keep at it.

“This is a lifetime disorder that is treated with a gluten-free diet to allow healing of the gut. But when this is achieved, it doesn’t mean you can go back to a gluten-containing diet,” she said.

Fasano hopes the pendulum on gluten’s reputation will swing in the opposite direction, from painting gluten as a monster back to depicting it as a simple protein that some can healthily digest and others cannot.

“The pendulum was all the way to left, where before, the pioneer patients with celiac disease really had a hard time to survive,” Fasano said.

“Now. the pendulum is all the way to the right, where this is a fashionable diet,” he said. “I think that in the future, we will see a readjustment of the pendulum. and hopefully we’ll go back to where it belongs. I of course think everybody with celiac disease needs to be on a gluten-free diet. The people that will be affected by other gluten-free-related eating disorders, like wheat allergy or non-celiac gluten sensitivity, should go on a gluten-free diet, and then there is a question mark for others.”