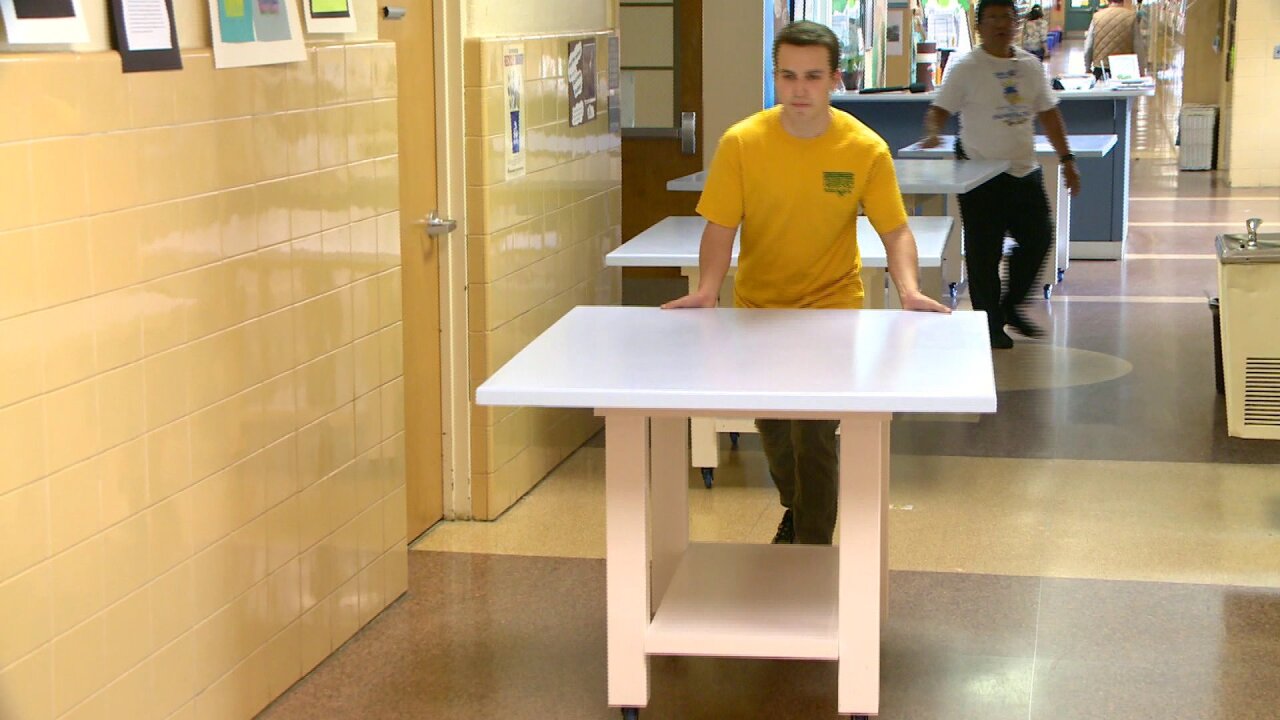 VIRGINIA BEACH, Va. -- Students in Beth Nard's third grade classroom at Virginia Beach's John B. Dey Elementary School can now choose from regular desks or if they prefer, they can use a stool, stand or use a yoga ball for the new tables dropped off last week.

Third grade teacher Beth Nard says it's about being flexible.

"I think sometimes if that's they way they feel more comfortable thinking, as long as they're doing what they're supposed to be doing, we're good with that," Nard told WTKR.

"You know so many children have hard time concentrating these days so we really want them to feel comfortable...and if you want stand that's great. Gives them a chance to wiggle--get the wiggles out."

Six of the waist high tables, delivered last week, are the result of 17-year-old Will Chick's Eagle Scout project.

The Cox High School student says he got idea after having a chat with the school principal at John B. Dey, who told him, "Well you know we have this idea of interactive classroom where we need these mobile tables, but we don't have any. We have older model tables, so can you make us some older customized tables?'

Will Chick and friends build the tables.

And Chick responded, "No problem!"

He also discussed it with his mom, Rose Chick who's the guidance counselor at John B. Dey.

"I thought it was a great idea, when we were talking about something he could make for our school, it's just -- we don't teach the way probably the way you and I learned, it's a little more different. We want the kids to be more engaged."

Nate Wallace, a student at the school, saw the new tables and said, "I would rather stand than sit because standing really gives you more energy, more thinking...."

Will says it wraps up about five weeks of work that involved help from fellow scouts in his troop and his dad.

"I'm very proud of him. He put together the plan. He executed the plan; he followed directions...all his friends from scouts came together and they did it."