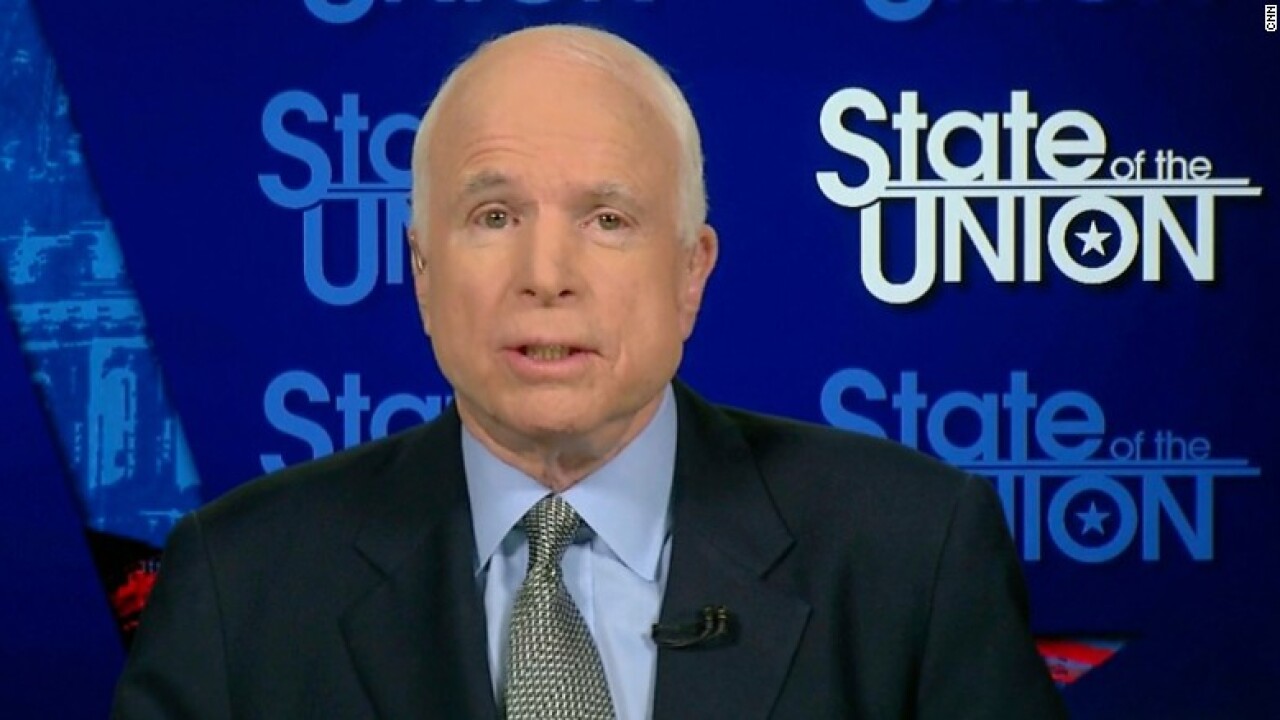 WASHINGTON — Sen. John McCain said Sunday that President Donald Trump should either retract or substantiate his claim that President Barack Obama wire-tapped him in the final weeks of the presidential campaign and added he expects more to come on Russia’s meddling in the US election.

McCain said on CNN’s “State of the Union” that he had “no reason to believe” Trump’s allegation, which the President has not supported with any evidence and which a White House official said was prompted by a Breitbart article.

“I have no reason to believe that the charge is true, but I also believe that the President of the United States could clear this up in a minute,” McCain told anchor Jake Tapper. “All he has to do is pick up the phone, call the director of the CIA, director of national intelligence and say, ‘OK, what happened?'”

The Arizona Republican said Trump’s accusation must be resolved; if left hanging, “it undermines the confidence the American people have in the entire way the that the government does business,” he said.

Through his spokesman, Obama denied Trump’s accusation, as have other current and former national security figures.

McCain also expressed his concern with the mounting questions about the relationships between Russian officials and people tied to Trump, who advocated for better relations with Russia during the campaign.

“There’s a lot of aspects of this whole relationship with Russia and (Russian President) Vladimir Putin that requires further scrutiny, and so far, I don’t think the American people have gotten all the answers,”McCain said. “In fact, I think there’s a lot more shoes to drop from this centipede.”

McCain, who has advocated a hard line against Russia, called into question the failure of the Republican Party to adopt at its 2016 national convention a plank for the provision of defensive weapons to Ukraine following Russia’s invasion of Crimea.

“Why was that taken out of the Republican platform?” McCain asked. “Clearly, it was not the will of most Republicans.”

As president, Obama weighed the idea of arming Ukraine, but ultimately did not proceed with such a move.

McCain also named several of Trump’s associates, including ex-national security adviser Michael Flynn, who reportedly had communications with members of the Russian government during the campaign.

“This whole issue of the relationship with the Russians and who communicated with them and under what circumstances clearly cries out for investigations, but I would al