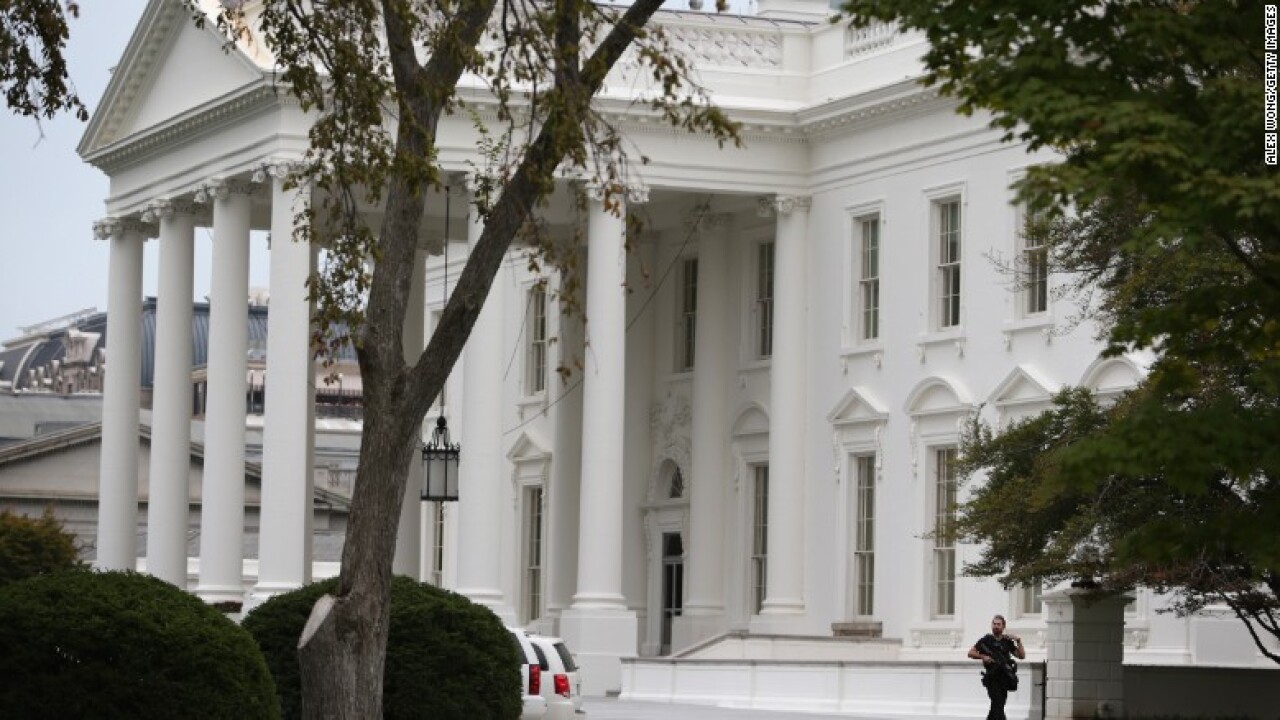 A man carrying a backpack was arrested Friday night after breaching security at the White House complex and was discovered by a Secret Service officer by the south entrance to the executive residence, officials said.

The incident happened just before midnight while President Donald Trump was at the White House.

The suspect, identified in court records as Jonathan T. Tran, 26, of California, told the agency’s officers that he was there to see the President.

“No, I am a friend of the President. I have an appointment,” Tran said when approached by an officer, according to a report released Saturday by the Washington Metropolitan Police Department.

Asked how he got there, Tran told officers: “I jumped the fence.”

The police report, obtained by CNN, offers a detailed description of the incident. White House security footage showed Tran jumping the face at the northwest courtyard of the Treasury Building, which is adjacent to the White House, the report said. He was not detected, however, until approached by a uniformed Secret Service officer.

The White House was placed under security condition “orange,” one of the highest levels of security for the Secret Service, an agency source said.

Trump said Saturday that the suspect was disturbed, calling the situation “sad” and saying he appreciates the work of the Secret Service.

“The service did a fantastic job,” the President said to reporters during a lunch meeting with Cabinet officials at the Trump National Golf Club in Potomac Falls, Virginia. “It was a troubled person. It was very sad.”

A Secret Service source said the backpack Tran carried was x-rayed before bomb technicians removed it from the White House grounds for further evaluation.

The backpack was found to be free of any hazardous materials, the Secret Service said in its statement.

A special Secret Service intelligence team interviewed Tran, who was taken into custody by Washington police. The suspect has no criminal history and no previous history involving the Secret Service, that agency said.

A Secret Service emergency response team searched the entire White House grounds with K-9 dogs, including the first lady’s garden, which is near the south entrance of the residence. Extensive searches were also conducted on East Executive Avenue and East Wing roadway.

“Nothing of concern to security operations was found,” the Secret Service said in its statement.

The suspect’s 19-year-old younger brother, Brian, from Milpitas, California, said Tran was “troubled” after being laid off from his job at an electrical engineering company.

A Secret Service agent called Tran’s family’s home Friday night to inform them of the fence-jumping incident, his brother said, adding that his mother is “very troubled” about the matter.

Tran has been “a very good brother to me,” said the brother, a mechanical engineering major at San Jose State University.

The investigation into the security breach continued Saturday as the Secret Service tried to determine how Tran gained entrance to the highly fortified White House complex without being detected, officials said. It is the first known major security incident at the White House since Trump became president two months ago.

Jonathan Wackrow, a former Secret Service agent, said Saturday on “CNN Newsroom” that the breach has the potential to be “catastrophic.”

“This is really troubling,” said Wackrow, a CNN law enforcement analyst. “If someone came over the northwest fence of the Treasury complex, what that indicates is they didn’t go over just one fence, they went over multiple fences. This has the potential to be a catastrophic breach of the White House complex. This is really disturbing, just the amount of real estate that this intruder was able to gain or bypass on the complex.”

“So the Secret Service has to really take a very hard look very quickly as to why weren’t other defense measures alerted,” Wackrow said.

There have been numerous instances of people trespassing on the White House grounds over the last several years.

In one notable instance in 2014, 42-year-old Omar Gonzales, of Copperas Cove, Texas, made it through the north portico doors with a three-and-a-half-inch folding knife in his pants pocket, according to the Secret Service. Gonzalez was apprehended just after making it inside the doors, the Secret Service said. The first family was not at the White House at the time.

In another, the Secret Service apprehended Joseph Caputo, of Stamford, Connecticut, on the North Lawn after he scaled the fence wearing an American flag-like cape while the first family was inside the residence celebrating Thanksgiving in 2015.

Other incidents of trespassing include:

A man tossed a backpack over the north fence in April 2016 before jumping over himself, where he was arrested.

In April 2015, Jerome R. Hunt, of Hayward, California, climbed the fence on the south side of the White House complex while carrying a suspicious package, later deemed harmless, and was cornered by security dogs.

Dominic Adesanya, 23, of Bel Air, Maryland, barely made it onto the lawn in October 2014 before he was subdued as he fought off two police dogs, the Secret Service said. Adesanya, who suffers from mental health problems, had been arrested in a previous White House breach, his father said.

In April 2014, a man wearing a hat of the Pokemon character Pikachu made it over the White House fence and onto the north lawn, where he was apprehended, the New York Daily News reported.