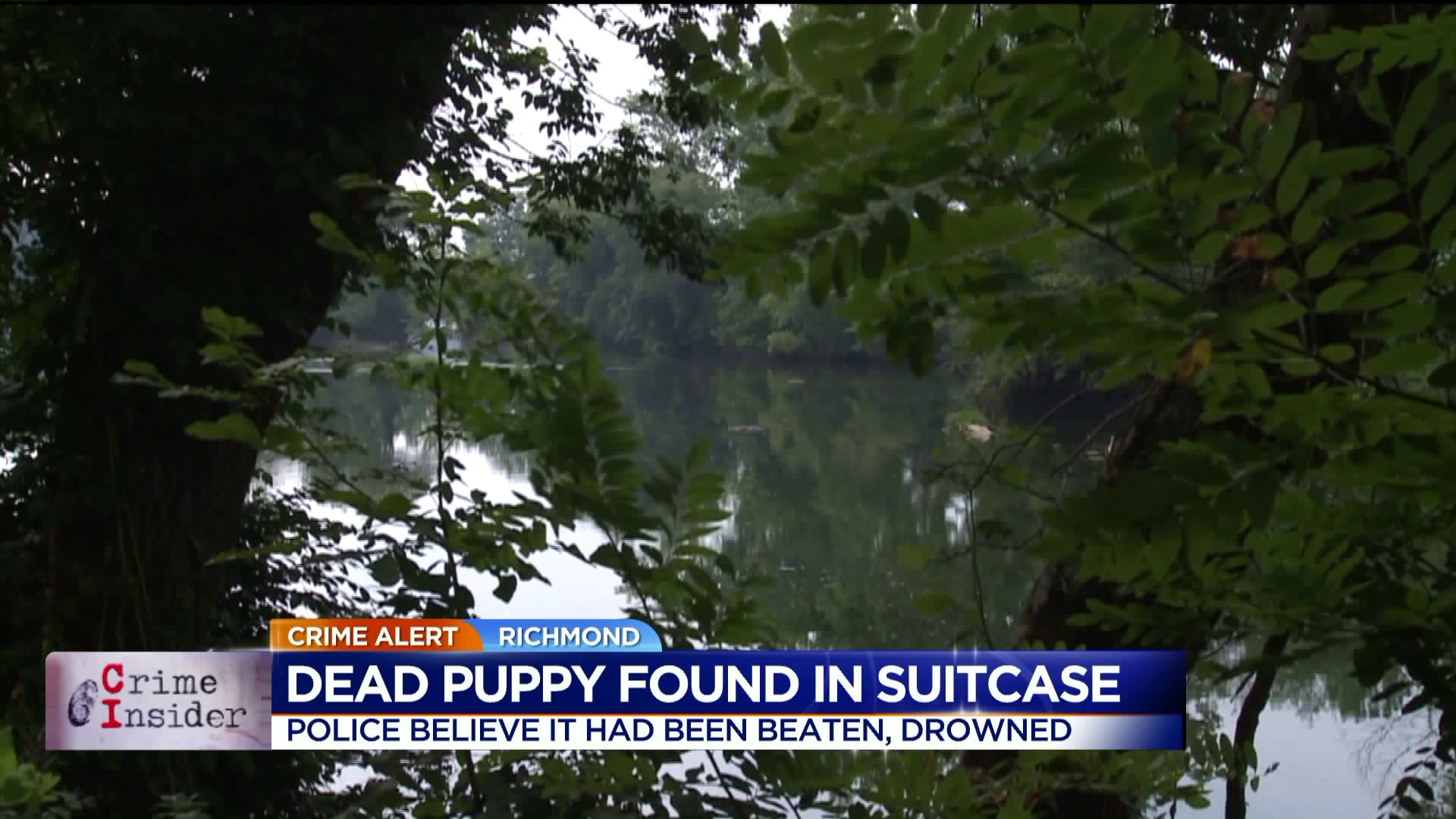 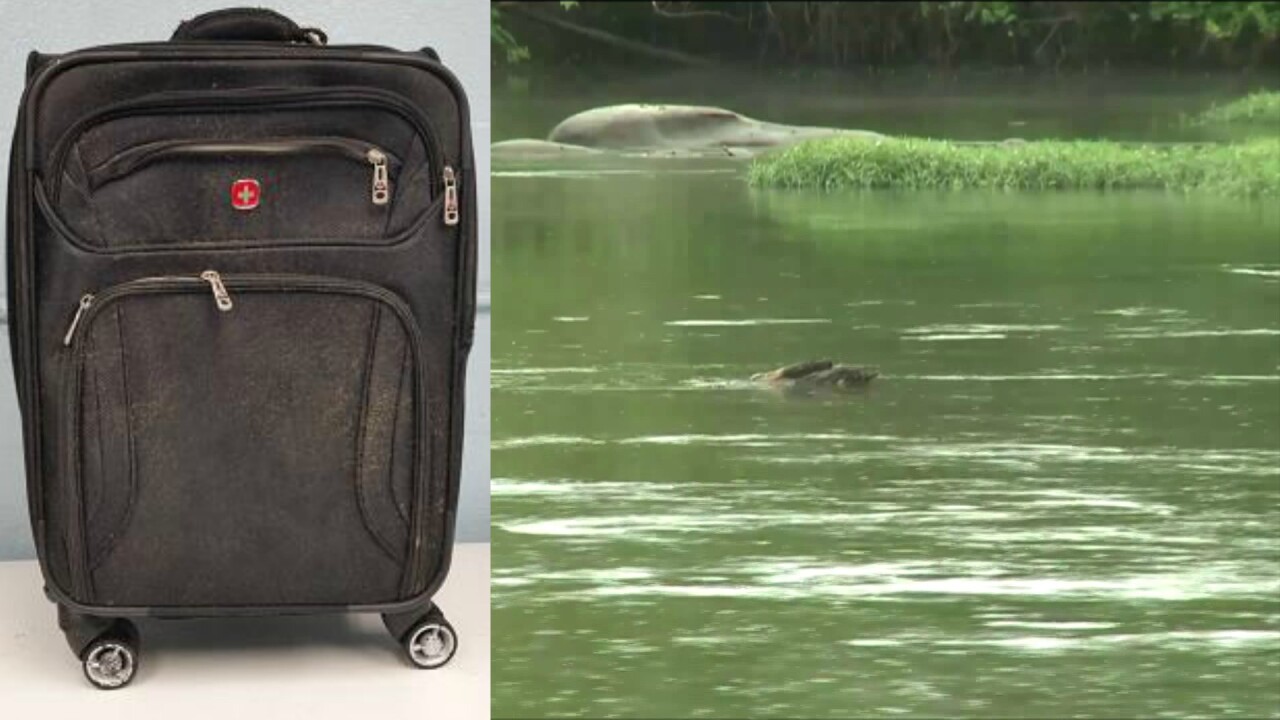 RICHMOND, Va. – Richmond Animal Care and Control is looking for the person responsible after a deceased dog was discovered inside a suitcase at Pony Pasture Park this week.

Wednesday afternoon, Animal Control officers and Richmond Police were called to the James by two fisherman who had made the gruesome discovery.

"They fished out the suitcase, unzipped it and saw what they thought was a dog inside," said Christie Chipps Peters, the Director of Richmond Animal Care and Control.

The dog was discovered near the 7700 block of Riverside Drive.

The shelter said a deceased 10-week-old female English bulldog mix puppy was discovered on the water at the Z-dam of Pony Pasture Park.

“Initial necropsy results relay the cause of death was traumatic physical abuse and favors the possibility that the puppy was not deceased before being placed in the case in the water,” said Peters.

Investigators are asking for the public to help solve this crime. RACC said the location of the crime is unknown and it could have been committed outside of the City of Richmond and floated along the James River.

The section of Riverside Drive near Pony Pasture is a popular spot for pooches.

"We walk all up and down the street with our dogs and I cannot imagine someone doing something like that to an animal,” said Eleanor Morgan, who lives nearby.

Chipps Peters said the puppy did not have a chip, collar, nor ID.

“This investigation is ongoing and we are working hard to solve this very sad crime,” said Chipps Peters. "You don't mess with animals. It goes against everything we hold dear and we are hopeful someone with information will come forward."

A reward of $500 through the RACC Foundation is also being offered for any person providing information resulting in a conviction. Anyone with information is asked to call Crime Stoppers at (804) 780-1000.