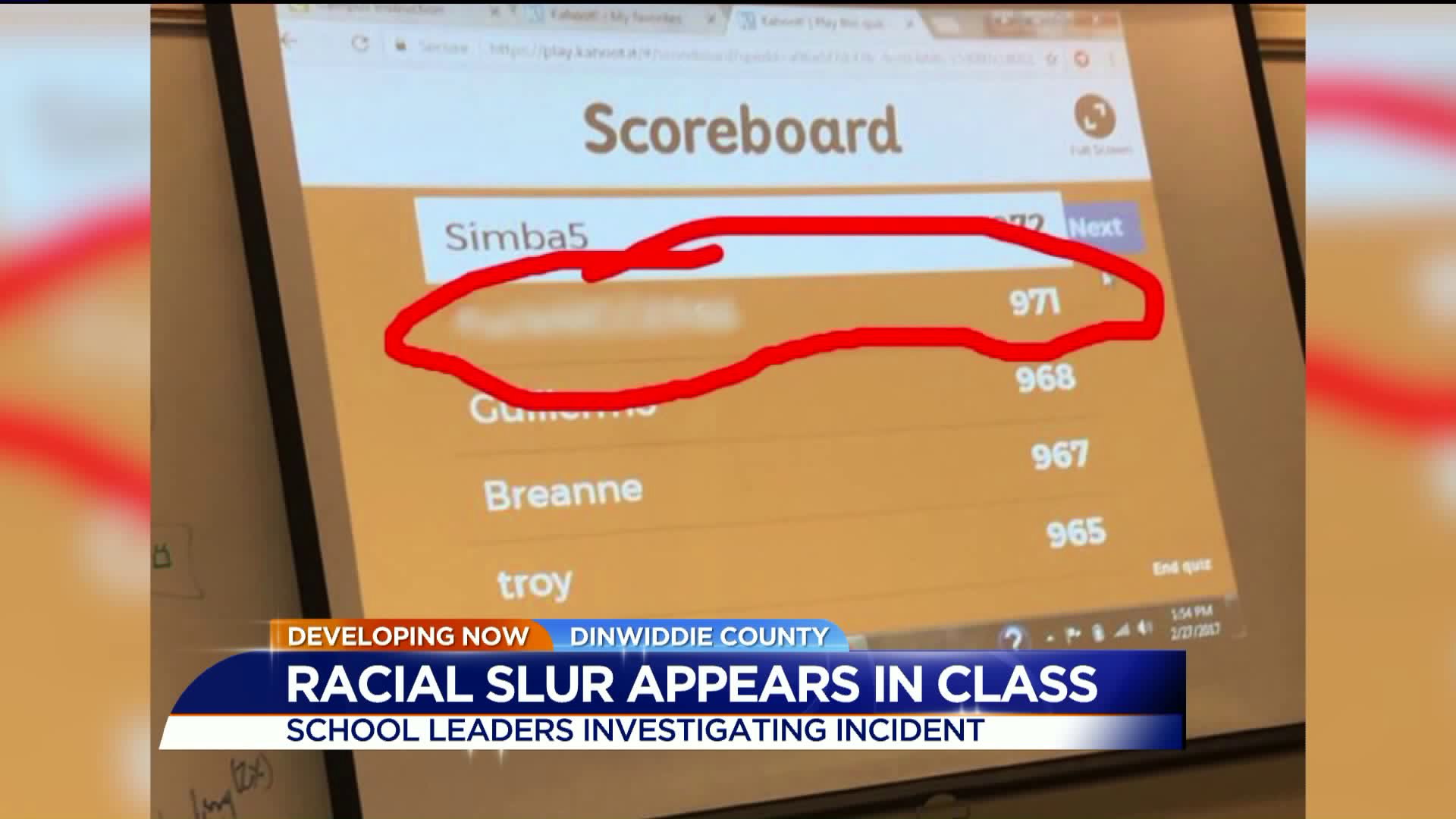 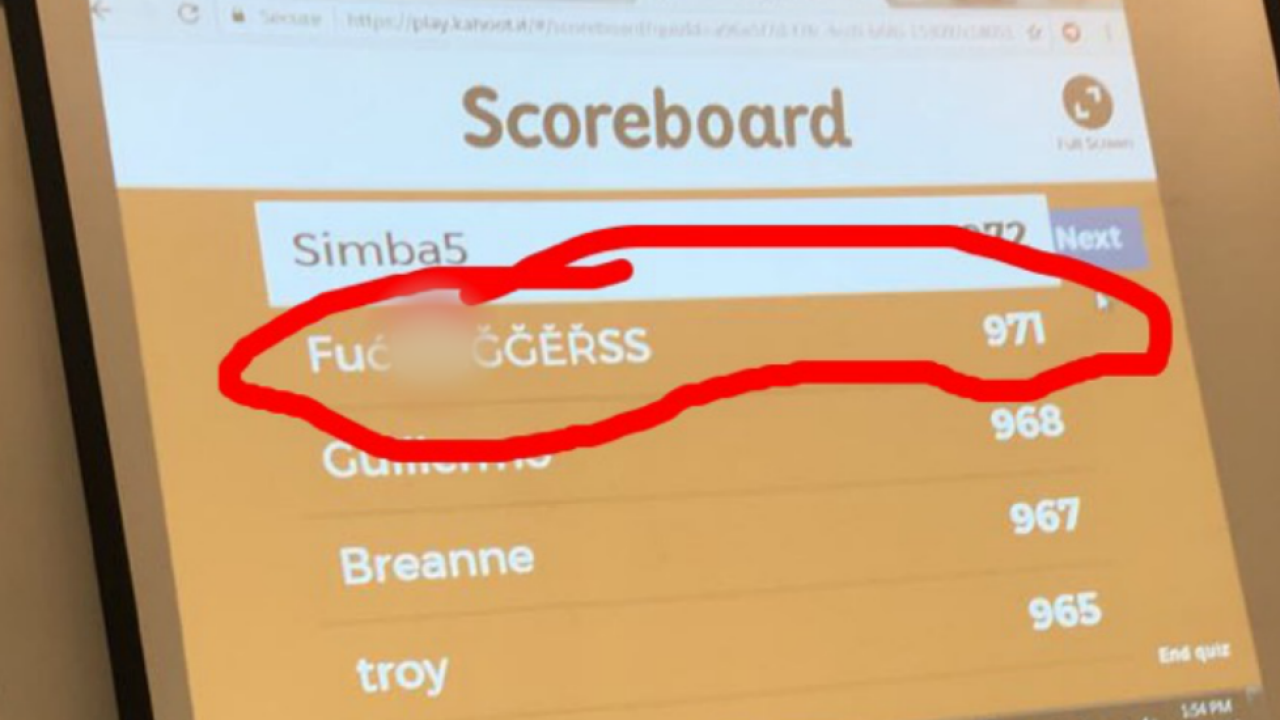 DINWIDDIE COUNTY, Va. -- The mother of a 15-year-old Dinwiddie High student is upset that vulgar, obscene words were shown on a wall in the classroom, and also with how the school handled the incident.

"I don’t want this to be swept up under the rug," she said.

The mother, who wanted to remain anonymous due to fear of retaliation, said the incident happened in her daughter's fourth period Driver's Education class on Monday.

"They were playing an interactive trivia game when it popped up on the screen as one of the [user] names," she said.

A racist message was projected onto the wall during class

The photo shared among students on Snapchat shows a computer screen projected onto the wall with the vulgar, racist words ranked second in the game.

"In slavery times it was used as a derogatory statement and it was not a compliment," she said. "They're very vulgar and in all caps. It's very shocking because in 2017 I never thought It would be so blatant among high school children."

Johnson said the technology department is working to search the game since the student responsible logged out of the game and has yet to be named.

"Anytime our kids make bad choices we want to help them understand there are consequences for that," Johnson told CBS 6 over the phone. "There are certain things that are inappropriate and not accepted no matter which situation you are in, especially in a school."

Johnson said about 30 students were in the classroom at the time. He said school officials were waiting to notify parents after an investigation was complete.

The principal is asking that students with information speak up, to help prevent another incident.

"There seems to be a way to find out who created that account," the mother remarked. "Racism has been going on too long. As long as we keep quiet and we don't talk about it, it's going to continue to happen."