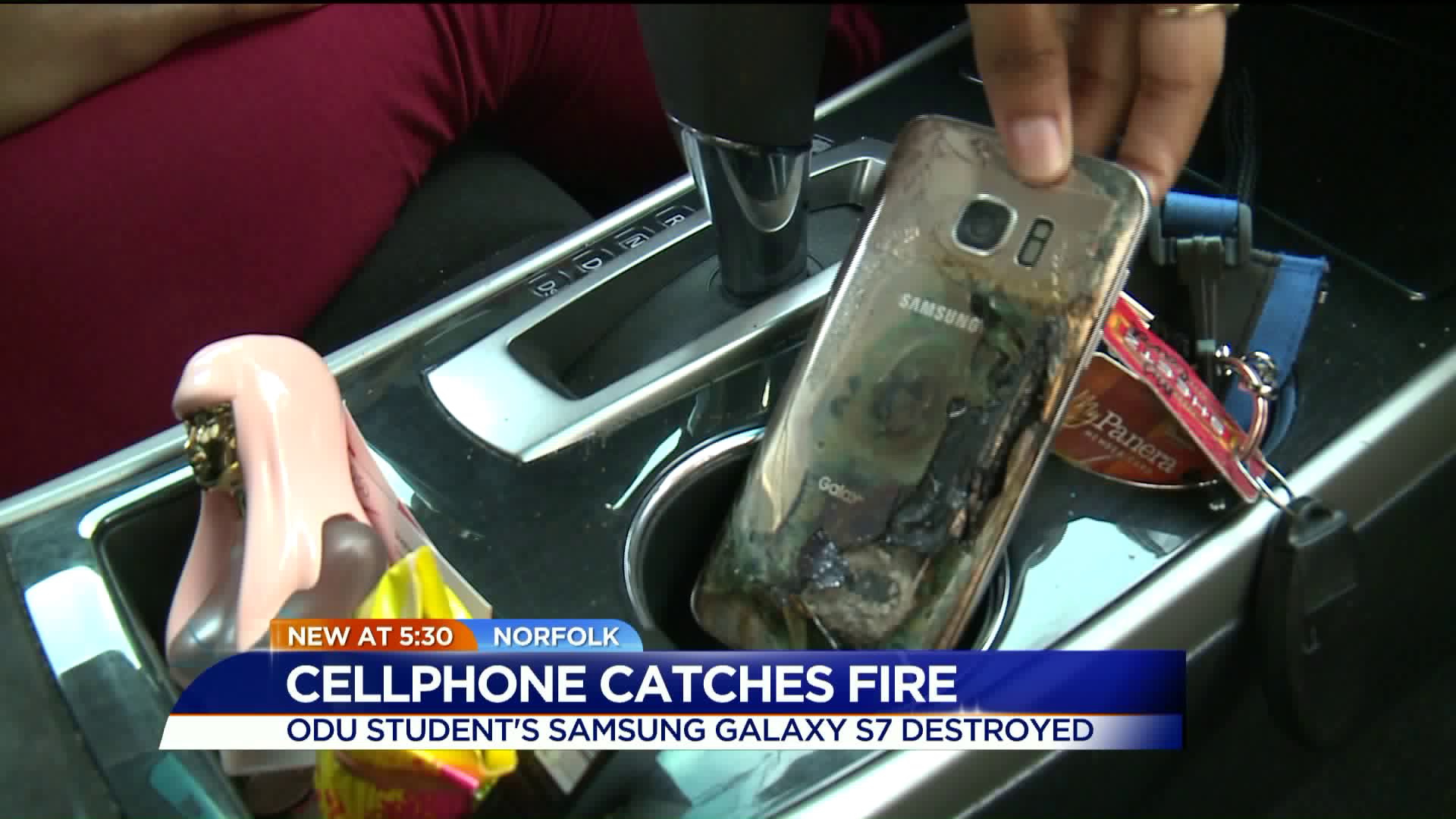 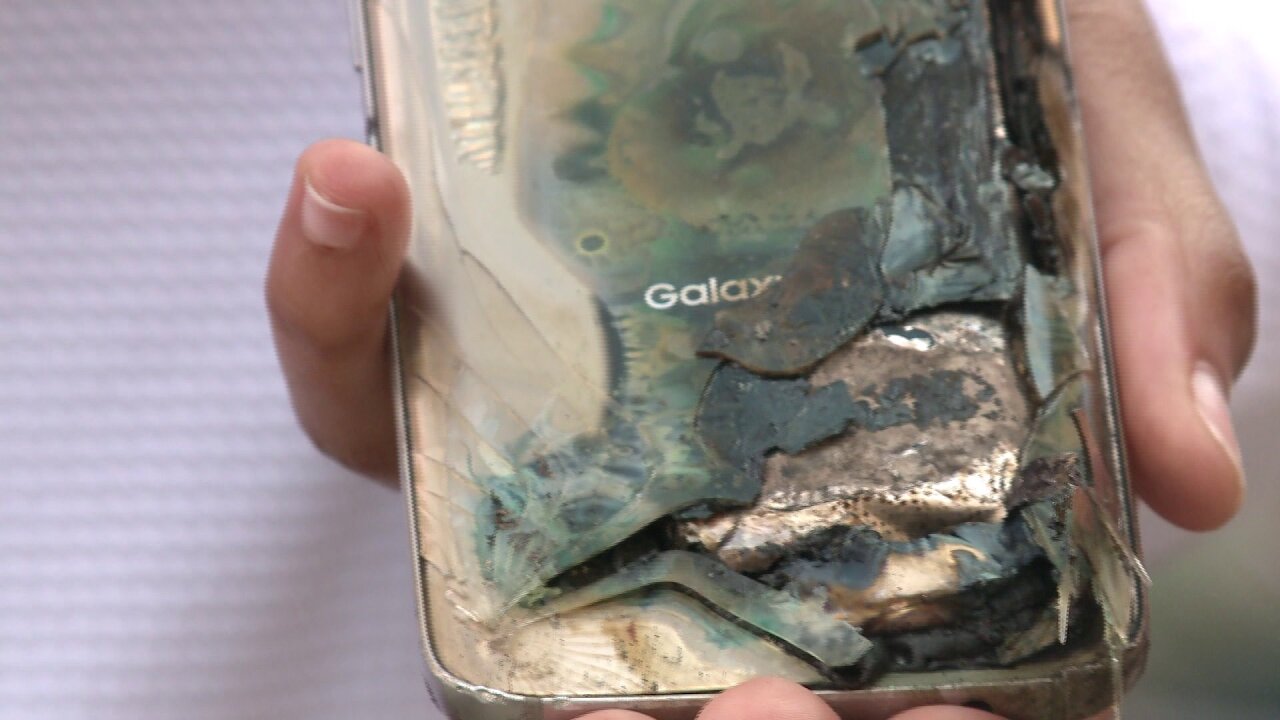 NORFOLK, Va. – An Old Dominion University student says her Galaxy S7 combusted in the cup holder of her car while she was driving.

Shaunique Lamb, a 27-year-old senior, says it happened back on February 23, after 8 p.m. when she was driving to a friend’s house.

“I was so scared, mainly because I normally have my cell phone on my persons,” she told affiliate WTKR.

She says she was not charging her car at the time, but the phone was synced to the Bluetooth in her car so she could play music from an app on her phone.

Fortunately, Lamb says she was able to pull over and let the smoke out of the car until the phone cooled off.

“All of those factors just happened to be perfect timing but any type of other situation that I would’ve been in, there’s no telling what could have happened,” says Lamb.

Co-owner of TechFix in Norfolk, Chris Augustine, says a phone does not necessarily have to have a battery issue to overheat.

If users overcharge their phones, and use a ton of apps without closing them, it can cause the phone to heat.

“If you’re streaming music and having heavy usage with the processor it means it can get really hot.”

Back in November of 2016, after reports of Galaxy S7 and Galaxy S7 Edge phones catching on fire, Samsung issued a statement:

“Samsung stands behind the quality and safety of the Galaxy S7 family. There have been no confirmed cases of internal battery failures with these devices among the more than 10 million devices being used by consumers in the United States; however, we have confirmed a number of instances caused by severe external damage. Until Samsung is able to obtain and examine any device, it is impossible to determine the true cause of any incident.”

Samsung was recently under scrutiny due to Galaxy Note 7 phones catching on fire, which they blamed on overheating problems due to poorly designed and manufactured batteries.

Lamb says she took her phone to the Sprint store on Virginia Beach Boulevard in Virginia Beach, but staff there said she needed to file a claim with Asurion, a phone insurance company.

That company told Lamb she would have to pay a 200 dollar deductible.

In a statement to WTKR, a spokeswoman said, “As a matter of policy, once our in-store technicians have the opportunity to physically examine the phone it is our goal to do everything we can to help our customers with their device issues and to educate them on their repair and replacement options.”

Lamb says she is also in touch with Samsung, but she’s worried they are not taking the issue seriously.

WTKR spoke with a spokesperson, who also issued a statement saying, “Samsung stands behind the quality and safety of the more than 10 million Galaxy S7 family phones in the U.S. We are working with Ms. Lamb to retrieve the device and learn more about what happened. Until Samsung is able to obtain and examine any device, it is impossible to determine the true cause of any incident. Mobile phones are complex devices and there are many factors that could contribute to their malfunction.”

Any customer who has questions or experiences an issue with a Samsung product should contact them directly at 1-800-SAMSUNG.