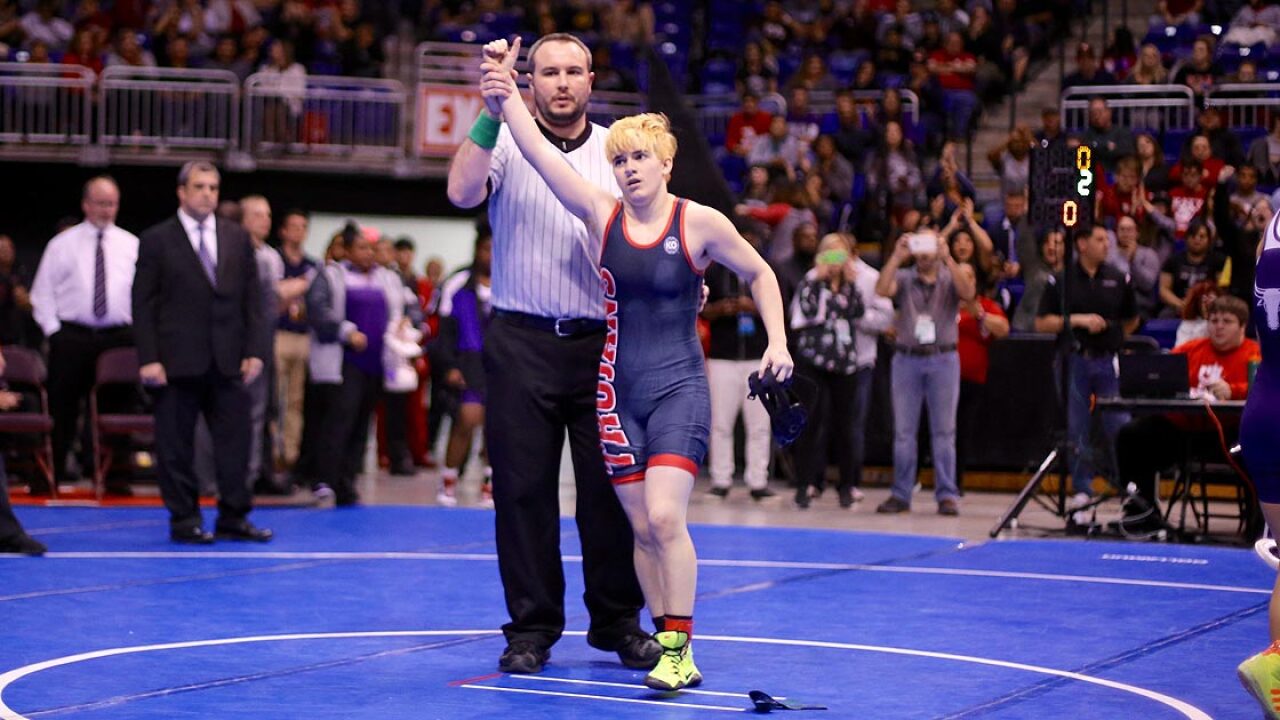 CYPRESS, Texas — High school wrestler Mack Beggs walked out of the Texas sports complex with a smile on his face and a gold medal dangling from his neck. He had just won the University Interscholastic League (UIL) state championship, making him the league’s first transgender boy to win a girls’ state wrestling title.

“I wouldn’t be here today if it weren’t for my teammates,” he told reporters shortly after his win on Saturday. “We trained hard every single day and that’s what the spotlight should’ve been on — not me.”

Despite his best efforts to share the victory, he’s all that people want to talk about.

Beggs, a junior at Trinity High School in Euless, Texas, was born female and is currently transitioning to male.

“It is what I am,” he told CNN. “I feel good about it. I feel happier. I feel content with myself.”

Beggs began to publicly identify as male five years ago, but didn’t start medical treatment to physically transition until October 2015, according to his mother Angela McNew.

The change hasn’t been easy, but Beggs says he’s been treated “well and kind” at his school. “The staff, the teachers, the administration are all very supportive,” he said.

‘He should be wrestling boys’

Despite identifying as a boy, the league only allows Beggs to wrestle girls.

According to the UIL, which oversees public high school athletics, wrestlers can only compete against their own gender, which is “determined based on a student’s birth certificate.” Despite having the word “University” in its name, the UIL is only for high school competitors.

The league passed the rule in early 2016 through a ballot measure that secured 95% of votes from UIL-member school superintendents, the league said in a statement.

The league says it will recognize any state-sanctioned changes to birth certificates.

Under Texas law, the state can issue a new birth certificate with an updated gender marker after the authorities receive a court order granting a request for a sex change.

Birth certificates issued in Texas currently include a persons sex — but do not include a gender marker.

Beggs said he would prefer to wrestle boys, and many people agree that he should.

“If you’re going to … transition to a male then you should continue to take the roles of a male and compete as a male, because that’s what you want to be,” said Jordan Gutierrez, a university student who attended the state championship.

The issue is further complicated by Beggs’ transition treatment, which requires him to take doses of testosterone that some competitors and fans say give him an unfair advantage.

“If he has been taking hormones, or steroids, he should be wrestling boys,” said Melissa Roush, an adult and youth counselor who attended the championship meet.

Like several of the adults and parents at the match, Roush says Mack should be wrestling boys as he prefers.

"Testosterone and anabolic steroids are in the same family and have the effect of increasing muscle mass and strength gains," Mines said.

The UIL's rules prohibit illegal steroid use, with the exception of those prescribed by doctors for "valid medical purposes." Beggs use of testosterone has not barred him from the competition.

Beggs hasn't challenged the rules because he doesn't want to risk losing his ability to participate.

"I would rather have a chance to compete than not compete at all," he said.

Hours before his big win on Saturday, Beggs, along with wrestlers from high schools across Texas, lined up on four red and blue mats at the Berry Center, waiting for their chance to take home the gold.

Separated in pairs, the wrestlers squared off against one another, with referees watching closely.

Beggs took to the last mat in the back of the arena, where he grappled with Chelsea Sanchez of Morton Ranch High School in Katy.

As the timer counted down to zero, ending the third and final round, the referee blew his whistle, threw Beggs's arm into the air and declared him the girls' state champ, with a winning score of 12/2 in the 6a/110 class group; one out of ten divisions within the largest enrollment of a wrestling class.

Overwhelmed with joy, Beggs ran circles around the blue foam mat and fell to his knees. The crowd around him erupted in cheers, though across the arena a mix of boos could be heard as well.

However, Beggs paid his detractors no mind. "Honestly, I didn't even care about the boos," he later said. "This is what I worked for. It finally paid off."