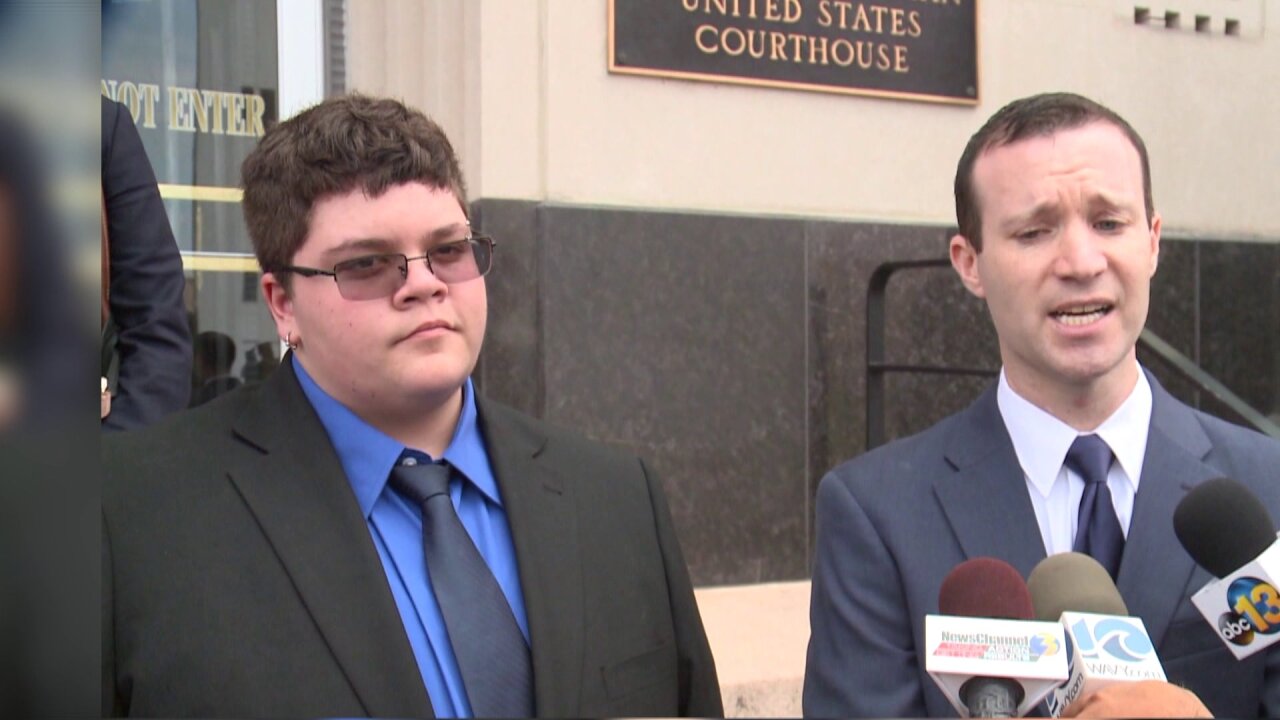 The Trump administration’s reversal of Obama-era protections that allowed transgender students in public schools to use bathrooms that correspond with their gender identity has angered civil rights groups.

The change in position Wednesday reignited the debate on whether guidance on transgender students’ use of bathroom and locker room facilities is a state or federal rights issue.

Here are a few questions and answers to help explain how we got here:

What was the Obama administration’s position?

Last year, the Education and Justice departments issued joint guidance directing schools to let transgender students use facilities that correspond with their gender identity. The letter to school districts and colleges that receive federal funding was based on the Obama administration’s interpretation of Title IX, the federal law that bans sex discrimination in schools.

But whether Title IX protections extend to a person’s gender identity depends on whom you ask. Though many states have laws consistent with the guidance, lawmakers and educators criticized the directive, saying it was federal overreach that threatened the safety and privacy of non-transgender students.

The United States has 150,000 transgender youth between ages 13 and 17, according to UCLA’s Williams Institute.

Why did the Trump administration revoke the directive?

In a two-page letter to public schools, the Trump administration said the Obama-era directive did not provide “extensive legal analysis” of how its position was consistent with Title IX. The letter cited “significant litigation” caused by the guidance, showing the need for “due regard” of the role of states and local school districts in shaping education policy.

“As President Trump has clearly stated, he believes policy regarding transgender bathrooms should be decided at the state level,” the White House said in a statement. “The joint decision made today by the Department of Justice and the Department of Education … paves the way for an open and inclusive process to take place at the local level with input from parents, students, teachers and administrators.”

What were the states’ reactions to the guidelines?

Officials in some states and cities, including Colorado, Iowa, Oregon, Washington state, San Francisco, New York City and the District of Columbia, consider denying transgender people the right to use a gender identity-appropriate restroom a violation of discrimination laws, according to the American Civil Liberties Union.

The ACLU adds that in some cities, such as San Francisco, transgender people should not have to prove their gender to gain access to a public restroom unless others have to show an ID to use that restroom.

How does the new guidance affect Gavin Grimm?

Gavin Grimm, a 17-year-old transgender student from Virginia, was thrust into the national debate after he took his school district to court demanding it allow him to use the bathroom that corresponds to his gender identity.

In ruling for Grimm and against the school district, a federal appeals court deferred to the Obama administration’s interpretation of Title IX. Last summer, the US Supreme Court dealt Grimm a setback, granting a request from the Gloucester County, Virginia, School Board to put a temporary hold on the appellate ruling while the justices consider an appeal. The Supreme Court is set to hear his case next month.

But in a separate letter Wednesday, the Justice Department informed the high court that Obama’s guidance had been withdrawn. It’s unclear what will happen to Grimm’s case, but his argument was based on the Obama guidance and without it, his legal defense could suffer a major setback.

What has been the reaction to the new guidelines?

The issue has sparked a fiery debate, with supporters of Obama’s guidelines applauding federal protections for transgender students while critics slammed them as overreach.

“The Trump administration’s reversal of this mandate on schools is a victory for parents, children and privacy,” council President Tony Perkins said in a statement.

“The Obama administration resorted to this coercive policy because they knew parents and schools could never be persuaded to force boys and girls to shower together, stay together on school trips, and use the same locker rooms and bathrooms. As it turned out, the persistence of parents was far stronger than the government’s power of coercion.”

Civil rights groups quickly pointed out that Wednesday’s announcement does not undo Title IX or state-level protections for transgender students.