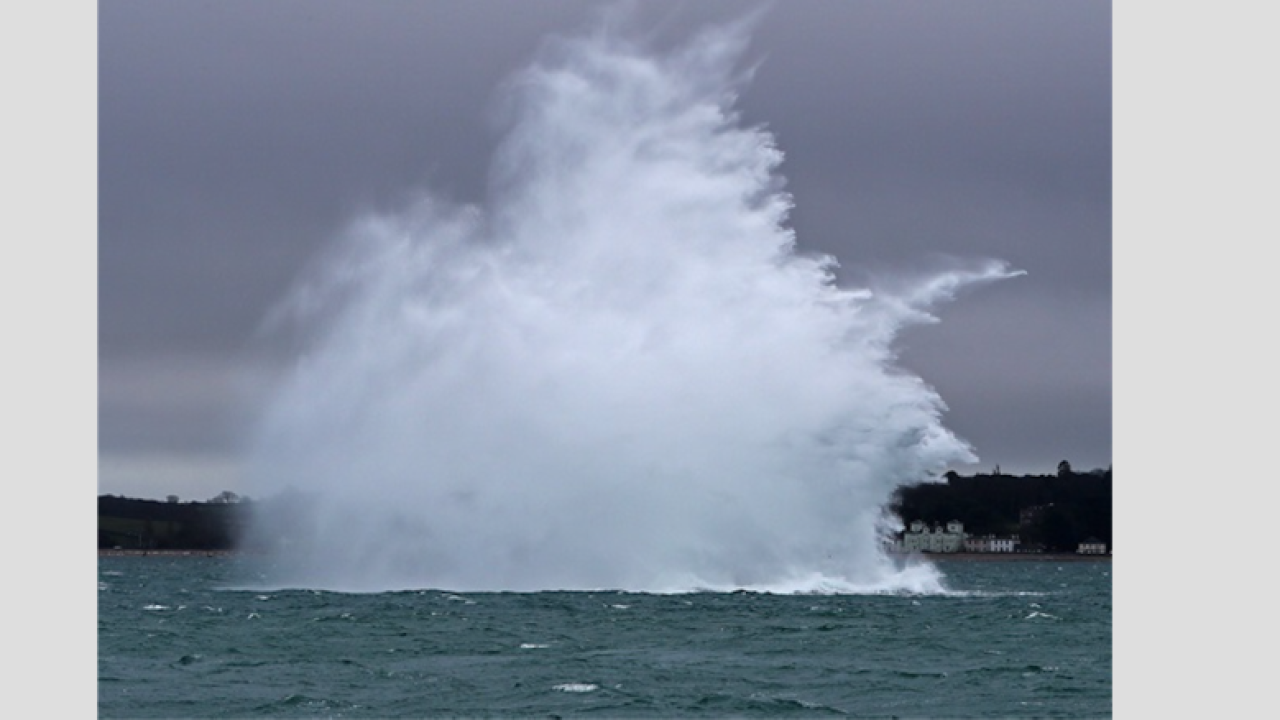 Fortunately, authorities were able to carefully tow it out of the harbor and into open water where it was detonated.

A dredger spotted the bomb at the bottom of Portsmouth harbor early Wednesday morning. The harbor is in the process of a lengthy and expensive upgrade. And as the dredger was digging up the harbor mud, the bomb got caught in its shovel.

“These bombs are still dangerous despite being several decades old and sitting at the bottom of the seabed for such a long time,” said Capt. Roger Readwin of the Royal Navy.

The German-made SC250 bomb was used extensively in World War II, especially in the London Blitz. It weighs about 500 pounds.

Crews quickly locked down the harbor. The Navy diving team and bomb experts planted the warhead in the seabed and used charges to detonate the device from a distance.

It exploded in a spray of salt water and smoke, causing a massive plume of water to shoot into the air.