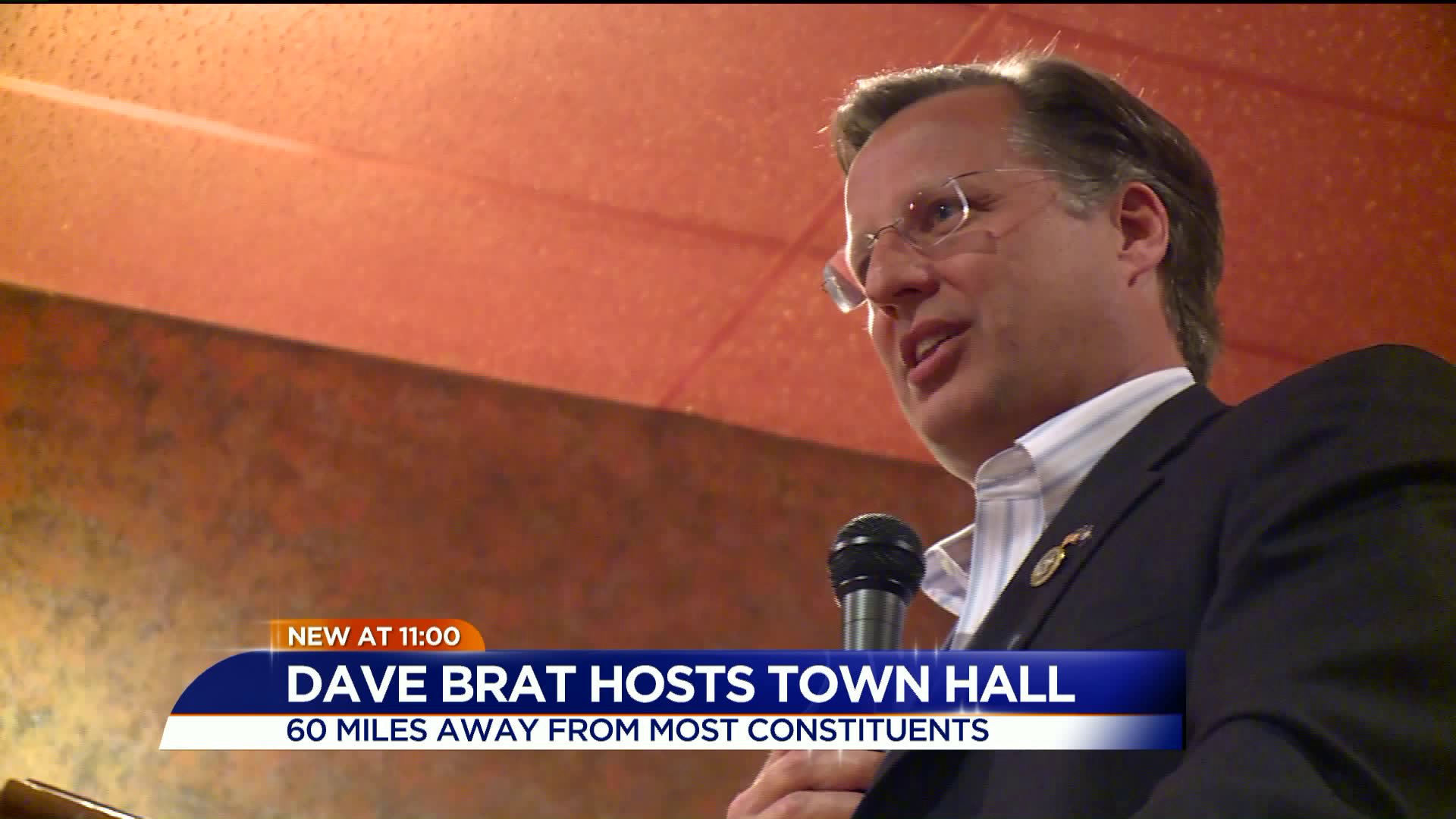 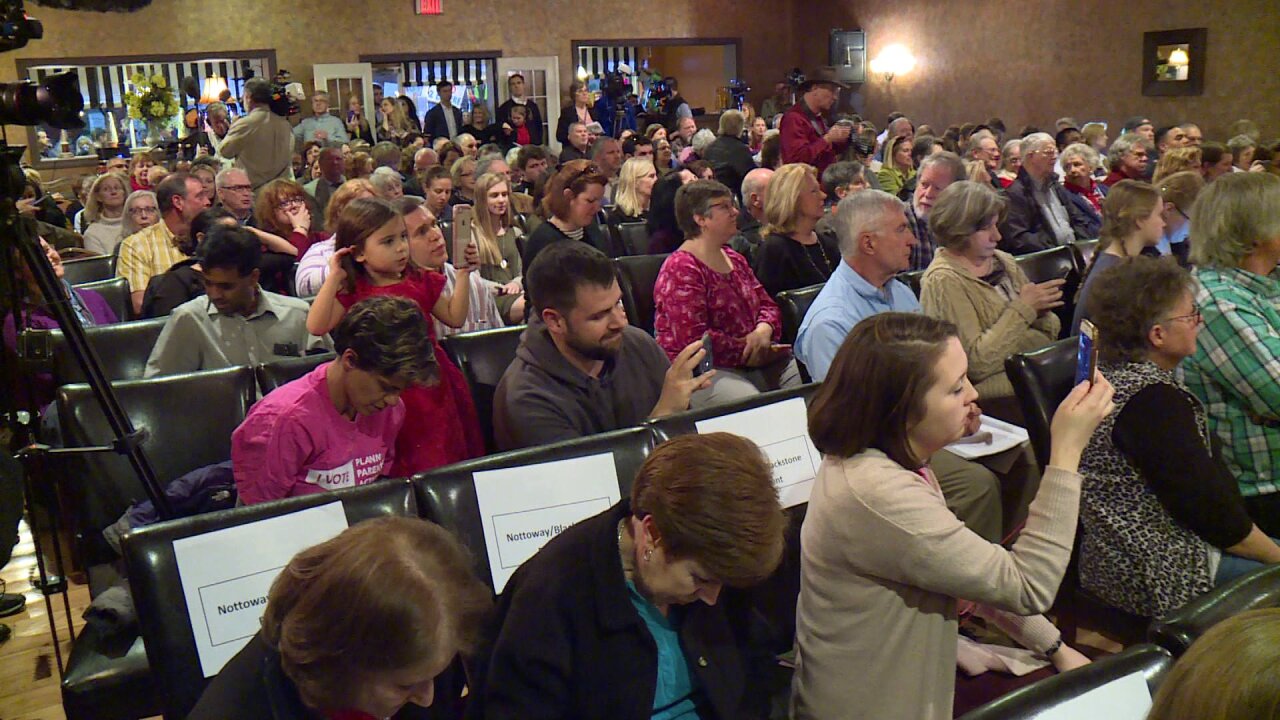 BLACKSTONE, Va. -- Main Street, in the small town of Blackstone, was shut down Tuesday night as hundreds of people lined the street waiting speak to their congressman, Representative Dave Brat.

“I hope you’ll listen to all of us and not just your supporters,” said one attendee before the town hall started.

Among the most talked about concerns at a town hall, attended by nearly 200 people, was future of healthcare and how Republicans plan to replace Obamacare.

He calmed nerves, for some, by stressing care would continue for those with preexisting conditions.

Rep. Brat went on to say he understood why people were concerned about the future, following an unprecedented presidential campaign.

“For the most part, it was totally unexpected,” Rep. Brat added. “So now there are very different policy proposals coming out, but if we push through the big three, Obamacare, regulations, and taxes the economy is going to take off.”

Despite his reassurances, not everyone heard the solutions they sought.

“Most of it I’ve heard before, I don’t think I learned a lot unfortunately,” said another woman.

Brat’s office said they chose the location because Nottoway was one of three newly-added counties to the district after a federal court redrew Virginia’s Congressional lines last year. The Congressmen had not visited Nottoway before Tuesday, according to his office.