After string of bad luck, single mother has reason to smile again 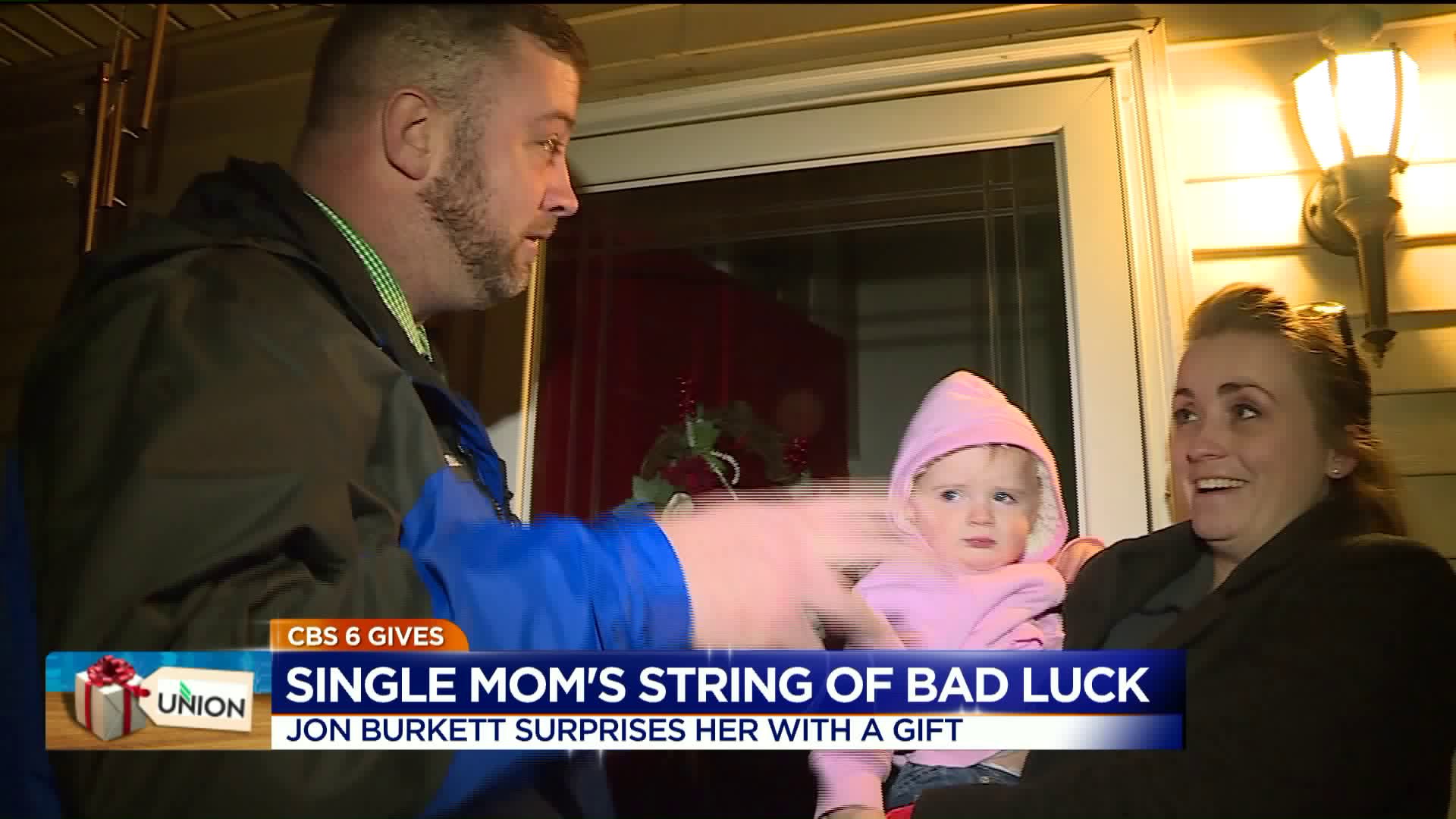 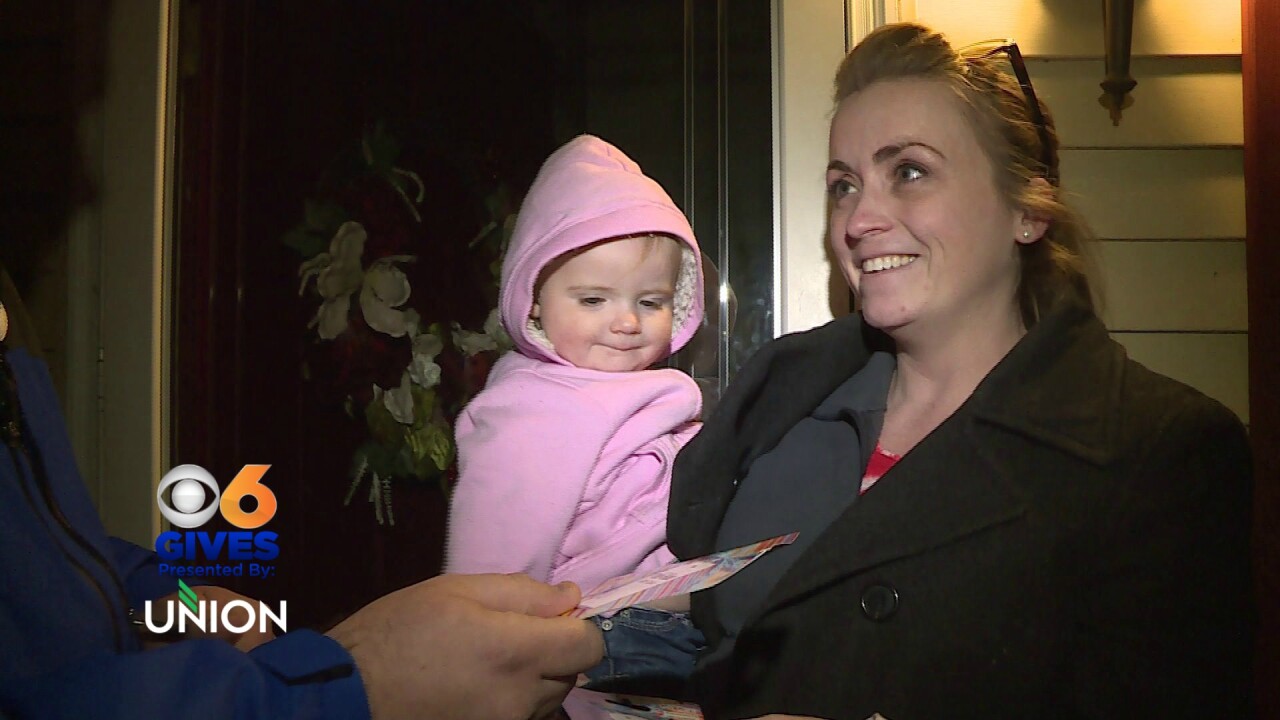 CHESTERFIELD COUNTY, Va. – A Chesterfield County single mother and teacher has had a string of bad luck and car troubles recently.

It all started when Alaina Jones totaled her car after hitting a deer.

Jones was able to get some money together and buy used vehicle to replace it, but after only a week, her alternator blew, along with some other mechanical issues.

Jones said she was able to borrow some money from her mother to help offset some costs, but it still hit her wallet hard.

When CBS 6 reporter Jon Burkett heard about Jones’ story he knew he wanted to help.

So Burkett, with the help of Union Bank and Trust, surprised Jones at her Chesterfield home with a little something to make her life easier.

“We’re going to give you $300 to pay your mom back and here is $300 to fix the rest of your car, so you can take this precious little one around,” Burkett told Jones.

Listen, you work hard. You’re a teacher, a single mother.  We appreciate it,” said Burkett.

“It’s massive because if something happens, it’s all on my shoulders,” said Jones. “So, it’s amazing. It’s awesome.”