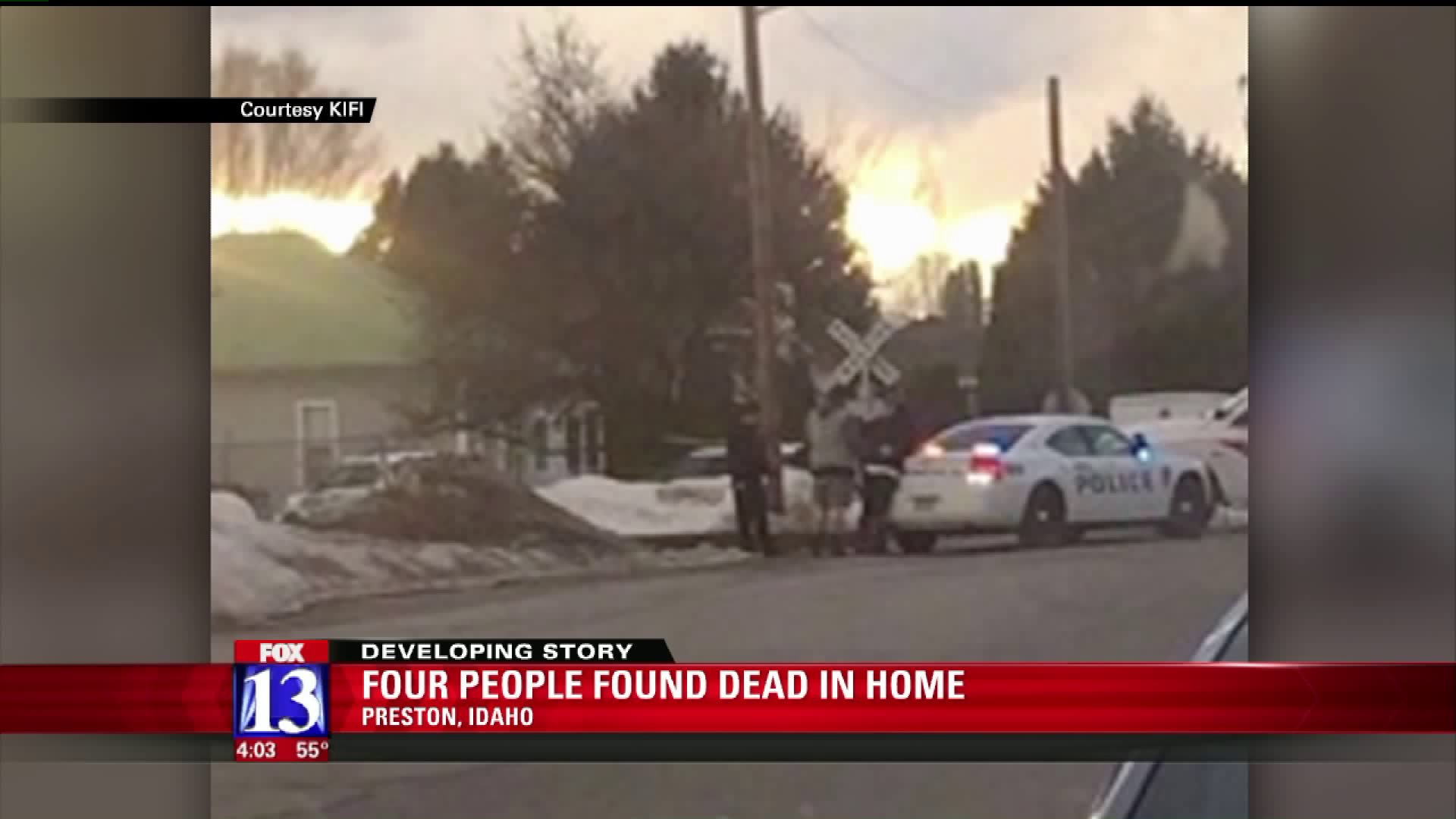 PRESTON, Idaho -- Authorities are investigating what they believe was a murder-suicide after a man and three children were found shot to death inside a Preston, Idaho, home Sunday.

Police believe 37-year-old Tate Lee Spillett killed two of his biological children, as well as his stepson, before committing suicide.

A fundraiser has been created to help pay for funeral costs after police found three children shot to death, allegedly by an Idaho father who also took his own life. (You Caring)

Geddes said the children were shot in their beds before Spillett turned the semi-automatic rifle on himself, just after 4:30 a.m.

According to police, the mother was in Illinois at the time of the shooting.  Spillett and his wife had been going through a divorce, according to the Idaho State Journal. Officers had been to the Spillet residence multiple times in the past for calls involving the children, but police would not say more, according to the paper.

A fundraising page has been set up to help with funeral costs for the family.