Trump hands the mic to supporter at Florida rally: ‘A star is born’ 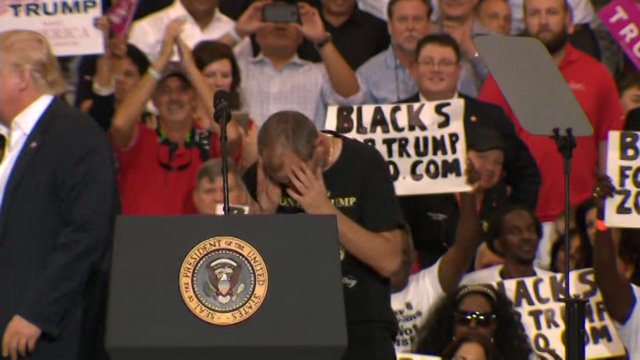 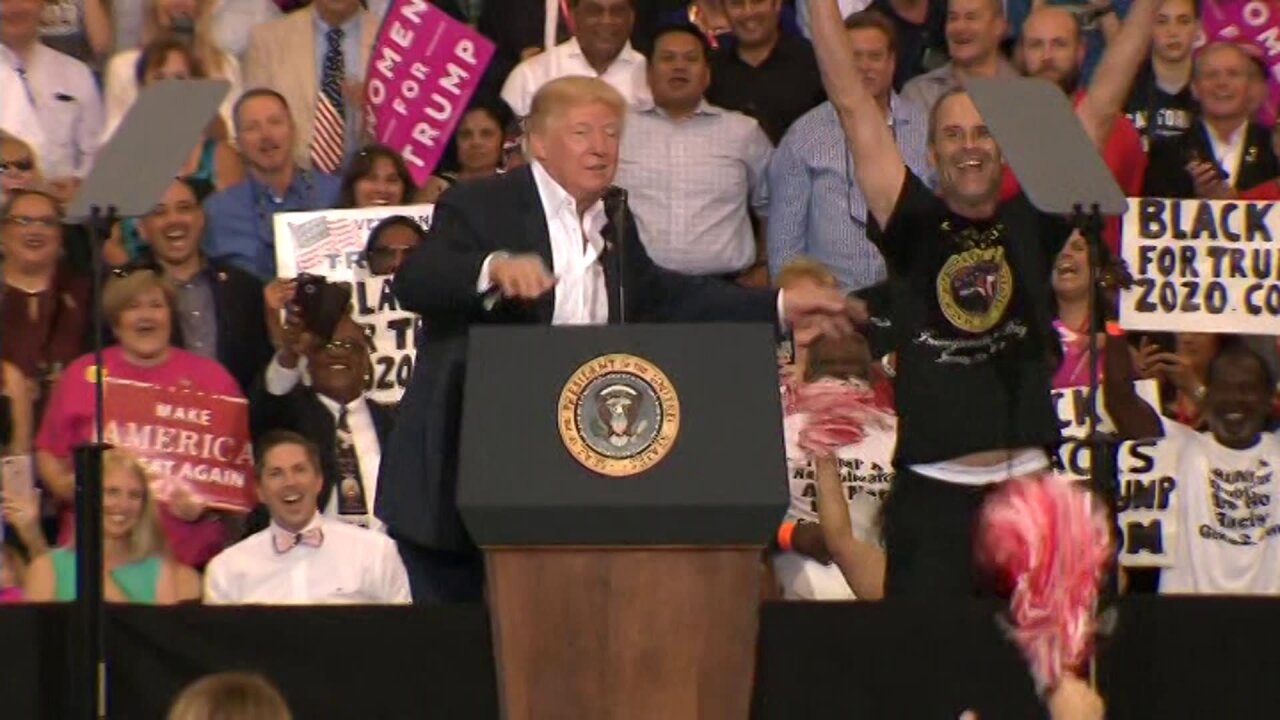 In what appeared to be an improvised moment, President Donald Trump invited one of his supporters to join him on stage and take the microphone during a rally in Melbourne, Florida, on Saturday night.

"Mr. President, thank you so, sir. We the people, our movement is the reason why our president of the United States is standing here in front of us today," Huber said. "When President Trump during the election promised all these things that he was going to do for us, I knew he was going to do this for us."

"A star is born," Trump said as Huber returned to the crowd. "I wouldn't say that the Secret Service was thrilled with that, but we know our people, right? We know our people. Great guy. And so many others."

Later, Huber was interviewed by CNN and said he'd been waiting since 4 a.m. ET to get into the rally. He believed Trump chose him to climb on stage after watching his interviews with TV reporters before the rally.

Huber said he was never involved in politics until Trump decided to run for the presidency. Trump inspires him so that he keeps a six-foot cardboard cutout of the President in his house.

He posted a photo of the cutout on Twitter, saying: "The Best Vistor I could ever have! President Trump came to Florida to see me! Wow, never will forget this! @realDonaldTrump @thebestcloser"

When CNN's Pamela Brown asked him how he felt about being on stage with Trump, Huber replied: "It was a moment of my life."