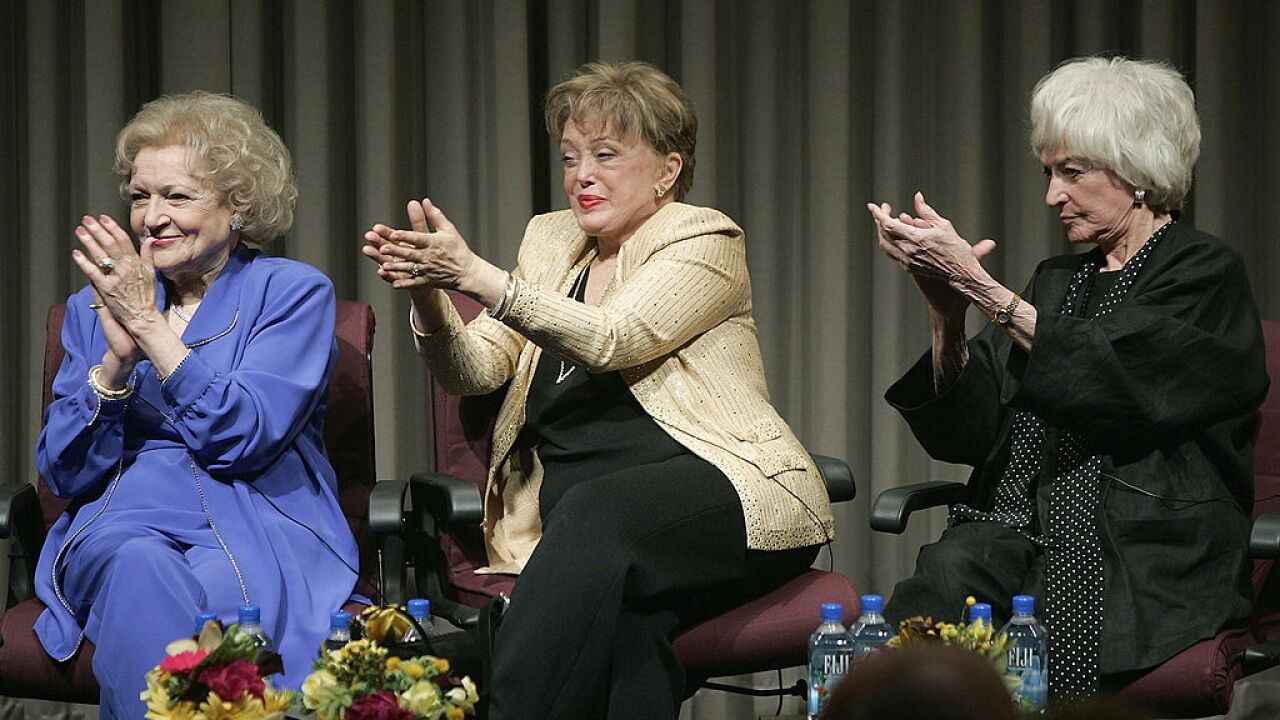 The sign outside Rue La Rue Cafe in New York City carries a line from “The Golden Girls” theme song, “Thank You for Being a Friend

NEW YORK — “Golden Girls” fans now have the perfect place to gather with pals and confidants.

The café features memorabilia ranging from McClanahan’s 1987 Emmy Award to a colorful collection of costumes, photographs and kitsch.

Michael LaRue was a close friend of McClanahan prior to her death in 2010. He now manages McClanahan’s estate, which includes 220 “Golden Girls” pieces that he will rotate through the café to be shared with the public.

“This has given her eternal life,” LaRue told CNN.

Actresses Betty White, Rue McClanahan and Bea Arthur talk during the Q&A for the DVD release party for “The Golden Girls” the first season at Museum of Television and Radio November 18, 2004 in Los Angeles, California. (Photo by Carlo Allegri/Getty Images)

An ode to Blanche

McClanahan played Blanche Devereaux, a sassy woman of a certain age who wasn’t afraid to display her affinity for men and sex.

More than 25 years after “The Golden Girls” debuted, the show still has a loyal following, and episodes are available through the streaming service Hulu.

Already, McClanahan devotees from Australia to India and beyond have come through to see the collection, LaRue said.

During a recent visit to the café, Jaime Millner, 30, told CNN she identifies with McClanahan’s character.

“She’s sassy, she’s fun, she’s intelligent, she owns every bit of herself, makes no apologies,” Millner said of Blanche. “That’s why I love her.”

Diane Pape traveled from Saginaw, Michigan, with her friends to visit the Rue La Rue Café.

Pape, pointing to a friend across the table, said, “She’s the Blanche character, and I’m the Rose character. I always have really good stories to tell you. Great stories.”

While LaRue said he and McClanahan never talked about opening a café, they did share a strong bond.

“She was a very talented actress, but better than that, she was a wonderful friend,” LaRue said. “She was a loving, kind, generous person and I’m really honored to be able to do this little bit to keep her legacy alive.”