More rain in store after 3 killed in California storms 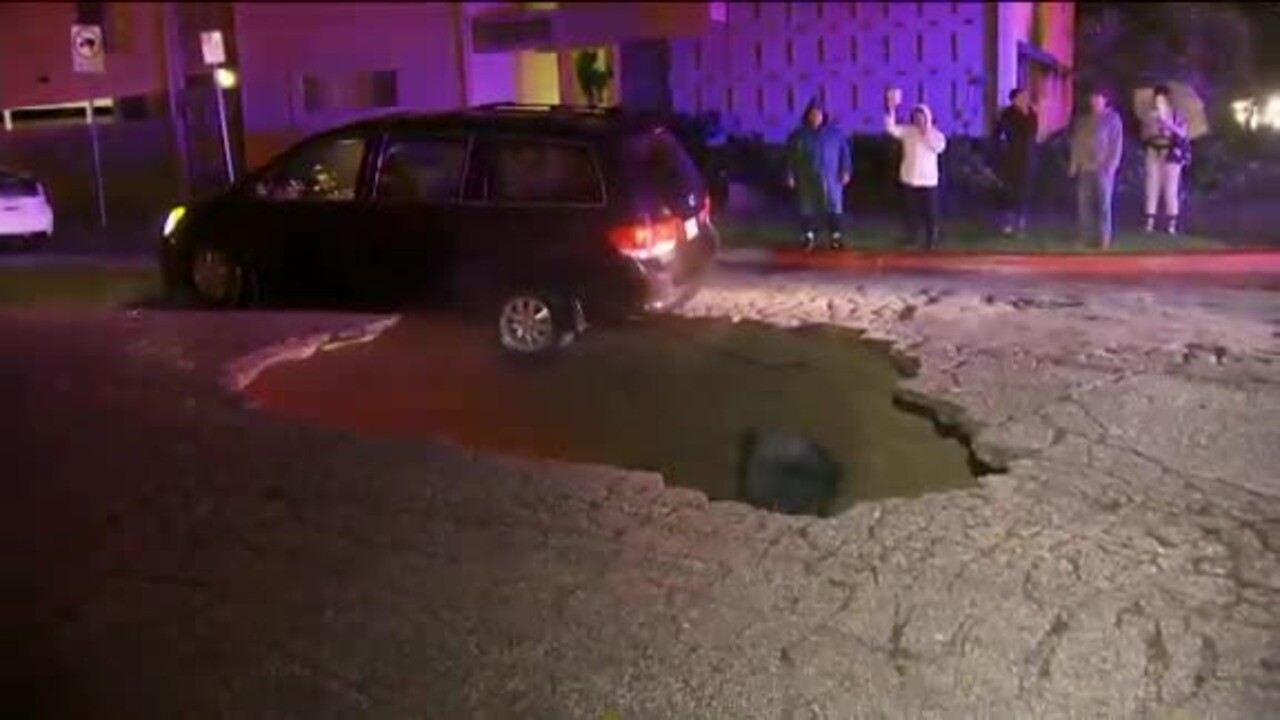 Northern California is bracing for an onslaught of rain beginning late Saturday as the southern part of the state dries out and assesses damage from downpours that left at least three people dead.

Storms are due to start overnight Saturday and linger through Monday, with 2 to 4 inches of widespread rain expected, CNN meteorologist Allison Chinchar said. Some areas may get up to 10 inches.

Meanwhile, power is still out and cars submerged across Southern California, which experienced one of its most drenching storms in recent years.

In Victorville in San Bernardino County, one person was found dead Friday in a flooded vehicle, firefighters said. A second storm victim, a 55-year-old man, was electrocuted when a power line fell Friday in the Sherman Oaks area of Los Angeles, the fire department said.

On Saturday, the Thousand Oaks Police Department said a body was recovered from a river gorge after floodwaters receded. Police didn’t give any details about the identity of the victim.

The rain headed for the north likely won’t pose a threat to Oroville Dam, officials said Saturday, thanks to falling water levels.

The storm proved harrowing for one Los Angeles driver on Friday night, when the road beneath her car gave out, plunging her to the bottom of a 20-foot sinkhole, CNN affiliate KTLA-TV reported.

“My car kept turning and turning upside down, and I was just like, ‘I got to stay calm,’ ” Stephanie Scott told the TV station.

Scott managed to climb out of her car and yell for help. When firefighters arrived, they used ladders to free her from the sinkhole.

“It’s totally a miracle,” Scott told KTLA. About 10 minutes after she was pulled to safety, a van teetering on the edge of the hole crashed down on top of her car, the station reported.

Rescuers were responding to a report that a semitrailer had fallen over the edge of southbound Interstate 15. KABC video shows the fire truck’s right rear tire dangling over the edge.

Suddenly, more pavement gives way, and the truck tumbles over the side.

No one was in the fire truck when it fell, and no one was hurt, fire officials told KABC. The driver of the semitrailer was also OK, KABC reported.

While some roads are washed away, others are covered in thick mud and rocks.

Mike Myers posted video to Twitter from Highway 138 in the West Cajon Valley showing a car with its tires buried in mud, the front bumper apparently ripped off.

The rain was so furious at one point, a parking garage in Los Angeles turned into a waterfall.

The storm has also blanketed higher elevations with snow.

Officials near Oroville Dam are feeling comfortable despite rain in the forecast.

The water level is at 854 feet, 47 feet below the mark where a emergency spillway, which is under repair, is needed.

The amount of water flowing into Lake Oroville is much less than the water allowed to flow out through a primary spillway in the dam.

Authorities have even reduced the outflow by 30%, allowing crews to clean up debris below the dam, the tallest in the United States.