Hundreds rally for understanding: ‘Treat others with compassion’ 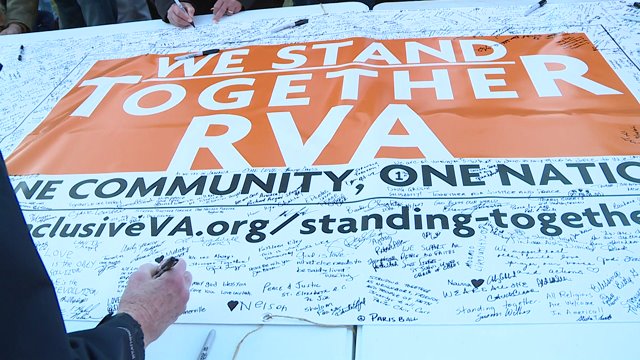 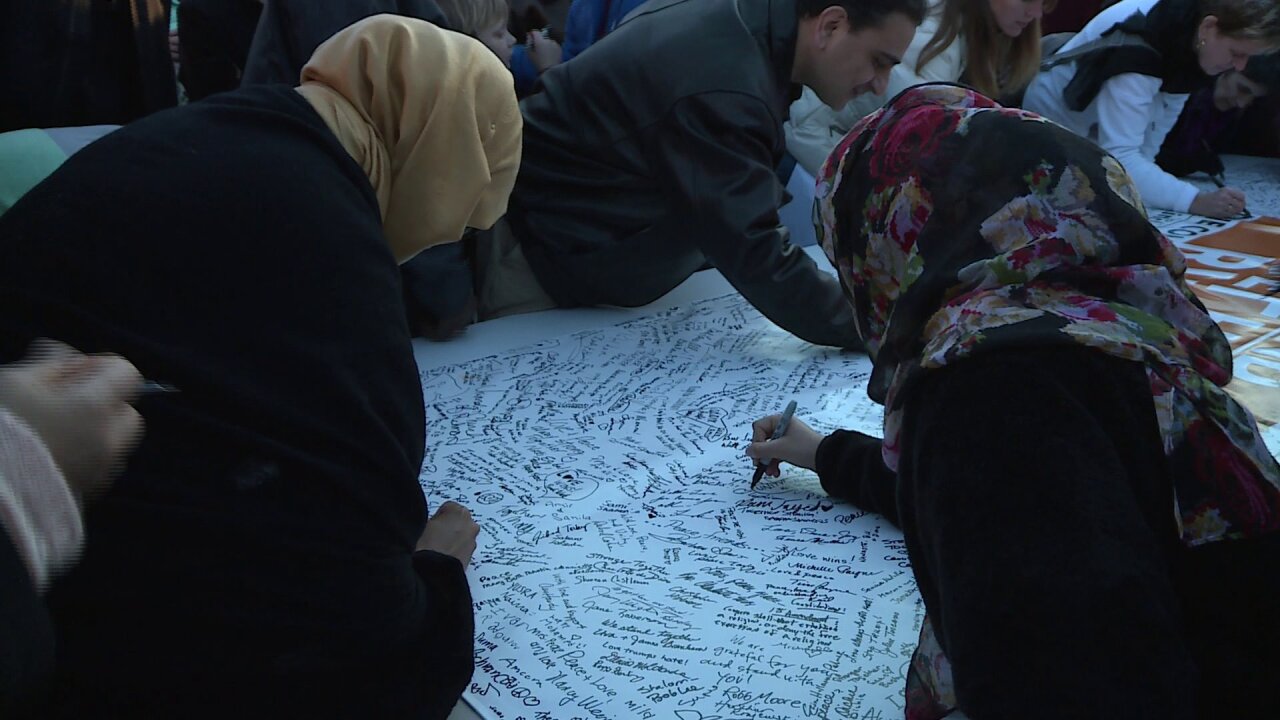 RICHMOND, Va. -- Hundreds of people from various faith backgrounds gathered outside the Islamic Center of Virginia Sunday to "stand together" with Central Virginia Muslims, many of whom feel marginalized or targeted after a controversial executive order by the Trump administration temporarily barring travel and immigration from seven Muslim-majority nations.

While President Trump was not mentioned by name, a wide range of speakers of various faiths addressed the crowd about the need to treat others with respect.

"I learned that I must treat people the way I want to be treated. Not based how I think they should be treated based on the limited perceptions and understandings of who they are," said Ayesha Martinez, a practicing Muslim who lives in Chesterfield.

"In times of trial and hardship treat others with compassion and mercy and love and to bear it with patience. That is the virtues of Islam that I grabbed onto. It is the virtues that we stand here today and hold together," said Charlie Turner, who began practicing Islam for nine years.

Virginia Senator Mark Warner told the crowd the order was "unfair and unjust."

"America has a unique motto, 'E Pluribus Unum -- from many one.' That is what we are reflecting today. Christians, Jews, Muslims, Hindus, Sikhs. Regardless of our faith tradition!" Warner said.

Organizers said the printed out 1,000 programs for the event, and all of them were handed out.