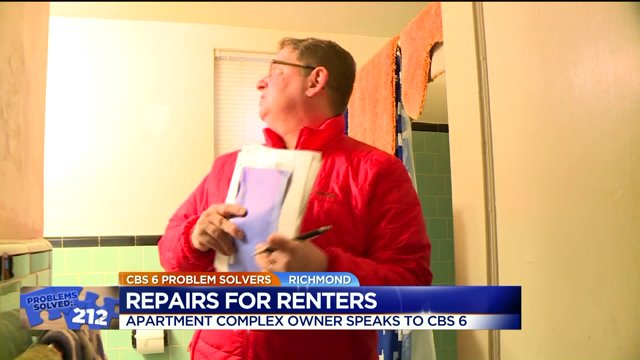 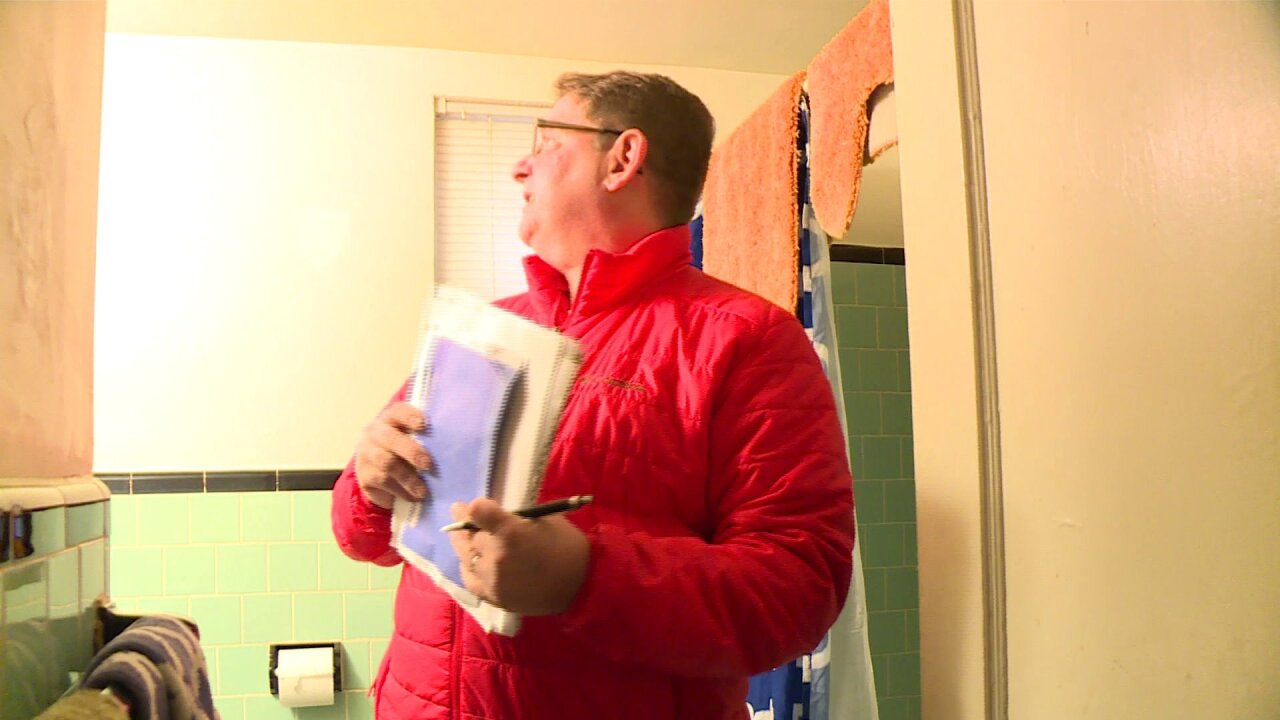 RICHMOND, Va. -- Repairs are being made at a Richmond apartment complex following a CBS 6 Problem Solvers investigation.

This after numerous renters at the Flats at Ginter Park reached out about issues like broken windows and sewage backing up in to homes.

Doris Buckhalter, who lives at the Flats at Ginter Park, said someone broke into her apartment over a month ago and kicked in the door.

"I sleep here every night...every night," Buckhalter cried. "I miss 4 days out of work because I didn't know what they were going to do." said Doris Buckhalter.

She reported it to Richmond police and then to the management at the Flats.

Maintenance covered the hole with plywood, according to Buckhalter, but the doorknob still has not been replaced.

As a result, Buckhalter said she feels like she is getting the runaround.

"And my oldest son can't go anywhere because he's scared someone is going to break in the house,” she said.

Buckhalter is just one of several tenants who contacted the CBS 6 Problem Solvers with complaints ranging from a broken window, to raw sewage in a laundry room to no working heat.

All said they turned to the CBS 6 because their problems were not getting fixed by Ross Properties, the management company at the apartment complex.

After multiple attempts to contact that company, the owner of the property agreed to sit down interview.

Mike Glass, the president of Covenant Property Services, said what some tenants have been experiencing is not acceptable.

"That's not us. That's not how we do things,” Glass said.

Mike Glass said since the company bought the 700-unit complex on Chamberlayne Avenue and Old Brook Road in September of 2015 more than $1 million has been spent on repairs.

The company hired Ross Properties to manage the complex.

Glass said he is ending his agreement with Ross properties, and has hired a new maintenance staff and manager to oversee the complex.

Glass also said the leak in the laundry has been cleaned up and that the plumbing will be repaired.

Additionally, a new door is scheduled to be installed at Buckhalter's unit Saturday morning and Glass vowed to have the other reported problems fixed next week.