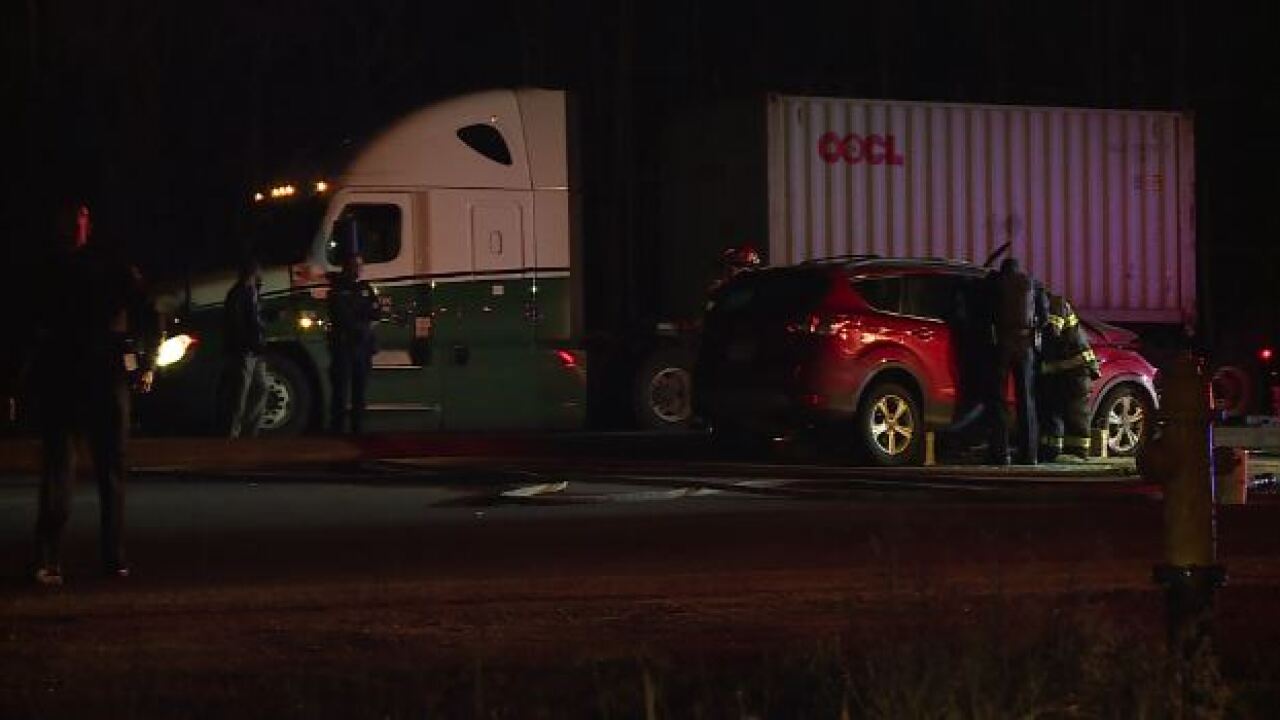 PETERSBURG, Va. -- Police are investigating a fatal accident involving a dump truck and three vehicles on Route 460 in Petersburg.

The crash happened near Wagner Road around 5:44 p.m. Tuesday when two dump trucks were traveling on Route 460, police said.

The second truck driver failed to see the light at the intersection had changed and struck a vehicle that had the right of way on Wagner Road.

A 23-year-old woman in that vehicle died in the crash.

Her name has not been released, pending notification of next of kin.

The dump truck ended up running off the road into nearby swamp.

As of 10 p.m., investigators were still on the scene and all eastbound and westbound lanes of Route 460 were closed.

There is no word if the dump truck driver will face any charges at this time.