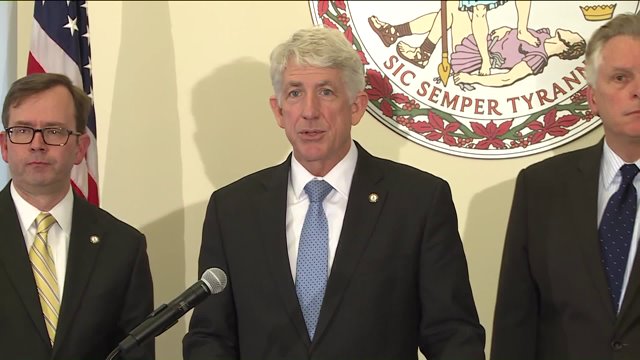 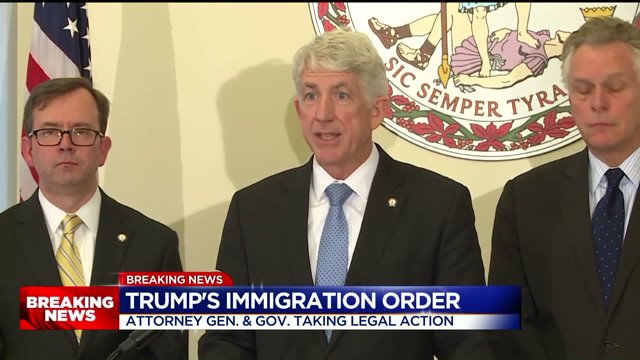 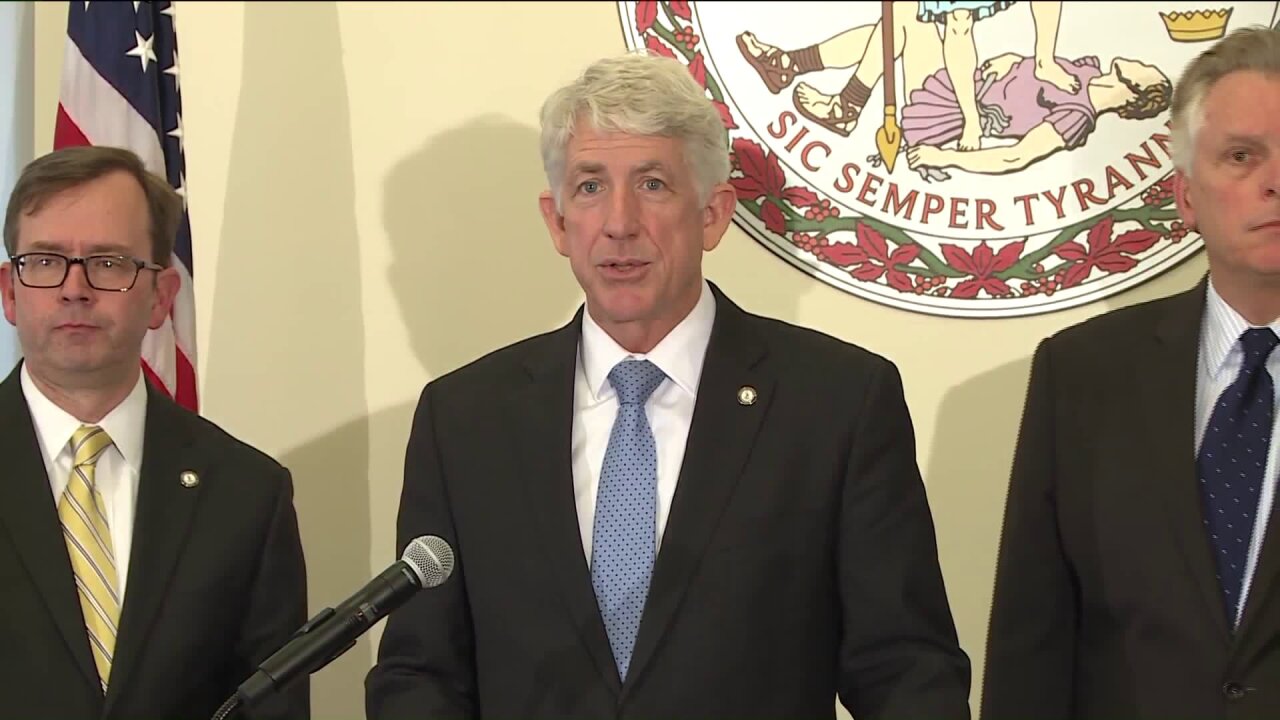 RICHMOND, Va. -- Virginia Attorney General Mark Herring announced Tuesday the Commonwealth of Virginia will intervene and join a lawsuit against President Donald Trump and members of his administration for his recent immigration Executive Order.

The order bans visa and green card holders from seven Muslim-majority countries from entering the United States for the next 90 days.

“This order is unlawful, unconstitutional, and un-American, and action is required," Herring said at a press conference Tuesday.

Herring said that the Commonwealth will defend the rights of its residents and its own sovereign rights by joining the pending case Aziz v. Trump in the Eastern District of Virginia.

"The Commonwealth has substantial interests justifying its intervention, and make no mistake, the Commonwealth of Virginia, and our people, are already being harmed by this Executive Order,” he said. “As we speak, there are students at our colleges and universities who are unable to return to Virginia. We have professors, researchers, and employees at our colleges and universities and Virginia businesses who either cannot enter the country, or who will be barred from returning should they leave.”

Virginia joins Massachusetts, Washington state, and New York in taking legal action against the Trump administration over the order.

Attorney General Herring went on to say his administration has worked around the clock to examine President Trump’s Executive Order before joining the lawsuit Tuesday.

“This is not an action I take lightly, but it is one I take with confidence in our legal analysis, and in the necessity of intervening to both protect the Commonwealth's own sovereign interests and vindicate its residents' civil rights,” added Herring.

“I think the intervention and attempted intervention by Virginia is unnecessary,” said Sen. Stanley, “that case will go forward with or without us and the decision will affect Virginians and anyone else who may be affected by the President’s executive order.”

As for the executive order, Sen. Stanley said it’s not unprecedented, and wants to see what the courts have to say.

“I think that what you’ll find is that the administration, the Trump Administration will look at those who hold green cards and waivers will be given as their ironing out the specifics of this policy,” he said.