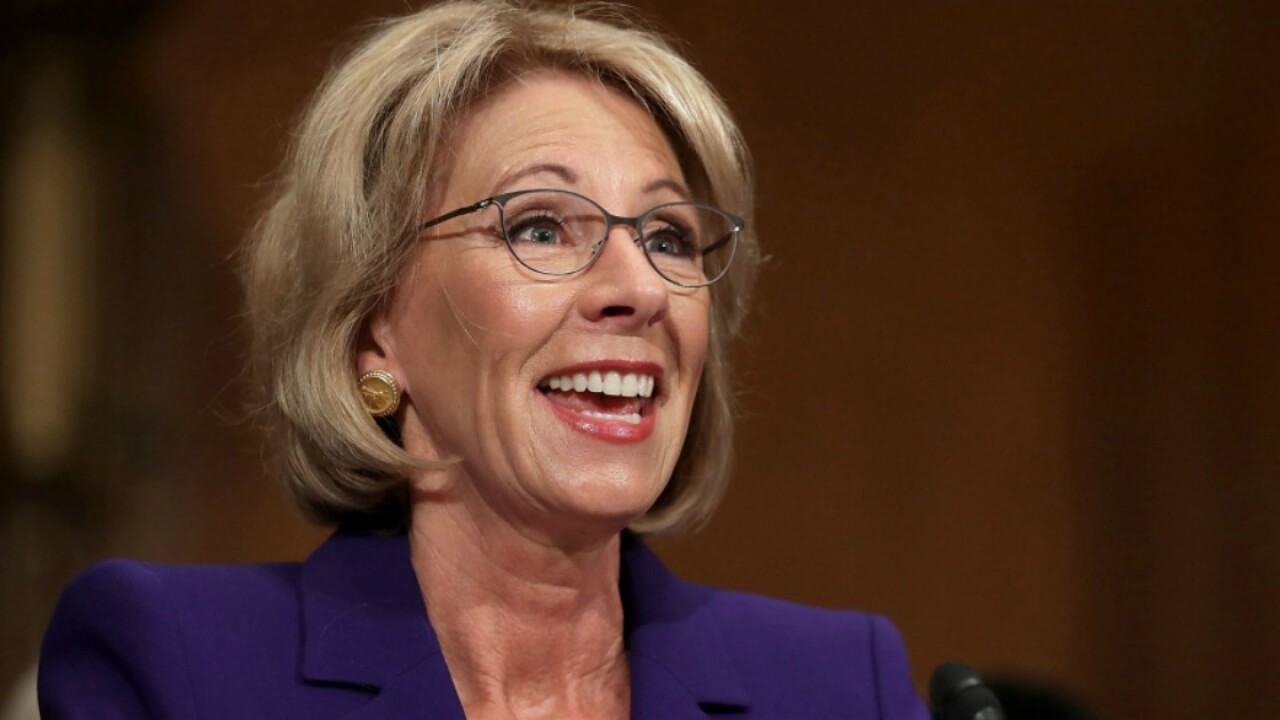 Betsy DeVos, President-elect Donald Trump’s pick to be the next Secretary of Education.

DeVos was approved by a Senate committee vote — twice — despite Democratic efforts to derail her confirmation process. The vote came after The Washington Post reported that DeVos had appeared to plagiarize answers she submitted to the panel.

Murray, whose questions spurred the plagiarism allegations, said at the Senate hearing that it appears the Michigan Republican’s responses were “copied and pasted from previous statements, or are simple reiterations of the law and not true responses at all.”

“Additionally, we just received responses to hundreds of written questions yesterday — less than 24 hours before a scheduled vote — and with no time for full review and to ask any follow-up questions,” Murray said. “Though, I will say—upon initial review, many of the responses look copied and pasted from previous statements, or are simple reiterations of the law and not true responses at all.”

“To level an accusation against her about these words included in responses to nearly 1,400 questions — 139 alone from the ranking member — is simply a desperate attempt to discredit Betsy DeVos, who will serve the Department of Education and our nation’s children with distinction if confirmed,” said Goad, who sits on the White House Domestic Policy Council, in a statement.

The Senate Committee on Health, Education, Labor & Pensions voted two times 12-11, along party lines, to approve her nomination. The second vote came after Democrats called for a procedural move to require another and move it to next week. That delay effort failed.

The second vote came after Democrats called for a procedural move that would have moved the vote to next week. That delay effort failed.

Despite clearing a key procedural hurtle, DeVos’ eventual confirmation by the full Senate remained an open question as members of her own party told CNN wouldn’t commit to voting for her.

Sen. Lisa Murkowski said she had been inundated with calls from Alaskans raising concerns about DeVos, but said she would support her in the committee vote out of deference to the president.

“Do note, she has not yet earned my full support. … I would not advise yet that she count on my vote,” Murkowski said.