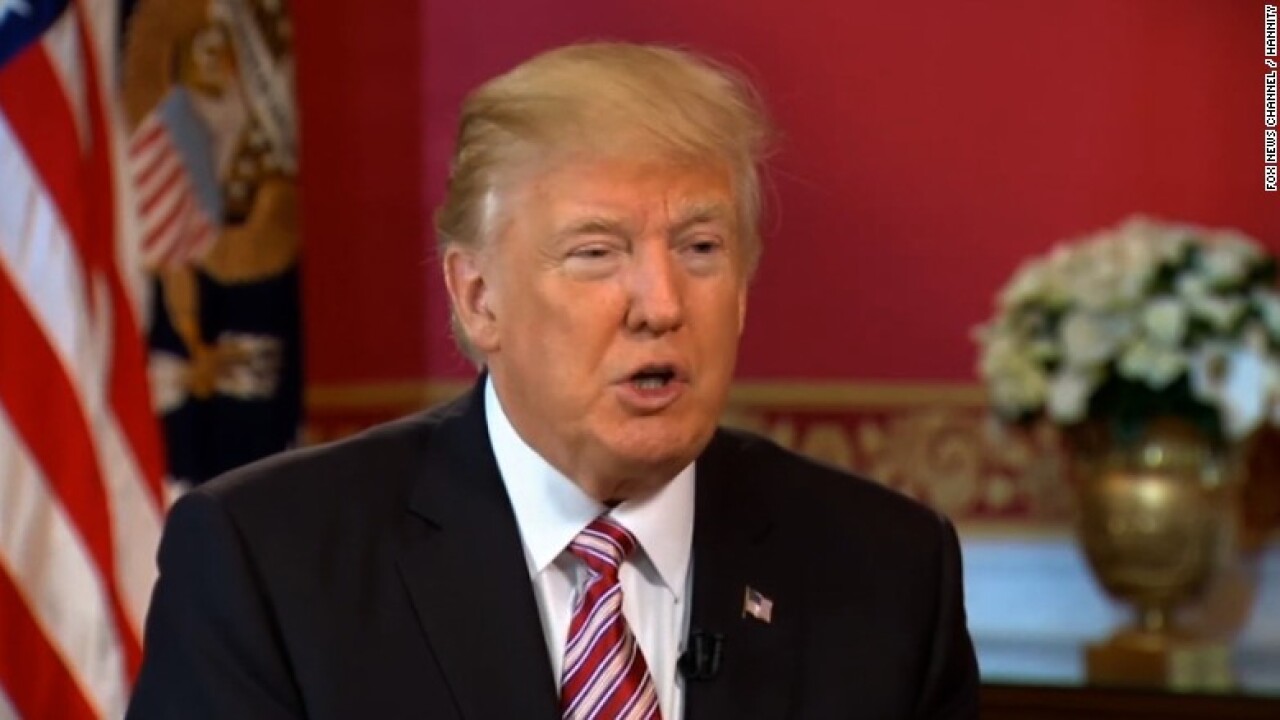 Judge Thomas Hardiman — a top contender for the Supreme Court — has a personal story that could appeal to President Donald Trump.

Although the 51-year-old judge has reached the top echelons of the US judiciary, he came from modest beginnings. He was the first in his family to graduate from college, and he drove a cab for a time to help pay the bills.

“Tom Hardiman is an interesting mix of two worlds,” said Leonard Leo, an adviser to Trump on the Supreme Court search. “On the one hand he is very much in the mold of Justice Scalia, well-schooled on the doctrines of originalism and textualism, and he is very experienced. And yet, at the same time, Judge Hardiman hails from a family of relatively modest means, from an industrial working class city in Western Pennsylvania.”

At a campaign rally last year, Trump talked about blue-collar workers — a constituency that would propel him to the presidency.

While Trump himself comes from decidedly white-collar roots, he made an unusual revelation during that campaign stop in 2016. “I consider myself in a certain way to be a blue-collar worker,” he said. That consideration could make a difference for Hardiman.

In the early days of his campaign, Trump had no list of potential nominees. But some court watchers became alarmed when the candidate mused once that he might consider his sister, federal appellate court Judge Maryanne Trump Barry, for the high court. Conservatives, fearful of a nominee with an unknown record, were alarmed.

To soothe them, Trump did something no other candidate has ever done: He released a list of 21 potential nominees that had been recommended by conservative groups such as the Federalist Society and the Heritage Foundation.

Hardiman made the list. Born in Massachusetts, he attended the University of Notre Dame and Georgetown Law School.

He worked in prestigious law firms for more than a decade, married his wife Lori and eventually landed in Pennsylvania where he became active in politics, including donations to George W. Bush and Republican (later Democratic) Sen. Arlen Specter.

Hardiman has long been a judicial star. He was only 37 years old when he became a federal judge. In 2007, George W. Bush nominated him to the 3rd Circuit Court of appeals. He was confirmed unanimously.

Conservatives point to a 2013 case in which Hardiman cited the Heller gun control decision by the late Justice Antonin Scalia, as well as one in which he dissented in where the majority said that schools could not prohibit students from wearing “I (heart) boobies” bracelets to promote breast-cancer awareness.

If confirmed, he’d be the only person on the Supreme Court who did not attend an Ivy League college. But recent financial disclosures reveal that his current financial portfolio has improved dramatically. “At a bare minimum he has at least $1.6 million in investments,” said Kytja Weir of the Center for Public Integrity who reviewed his 2012 and 2014 financial disclosures.

Progressives strike back at the notion that Hardiman, from modest roots, might vote to help the average guy.

“The Roberts court has been the most pro-business of the modern era, so the question is how Trump’s candidate fits into that pro-corporate, court” said Elizabeth Wydra of the Constitutional Accountability Center.

“Those Trump supporters who voted for him because of economic issues could have a rude awakening if Trump nominates someone who will, regardless of his personal background, bend over backwards to accommodate big business at the expense of average Americans.”

Hardiman has one more thing working in his advantage, and it goes back to Maryanne Trump Barry. She happens to also sit on the 3rd Circuit. Sources say the two are friendly, and it is entirely possible that she could have offered a personal reference for her benchmate.