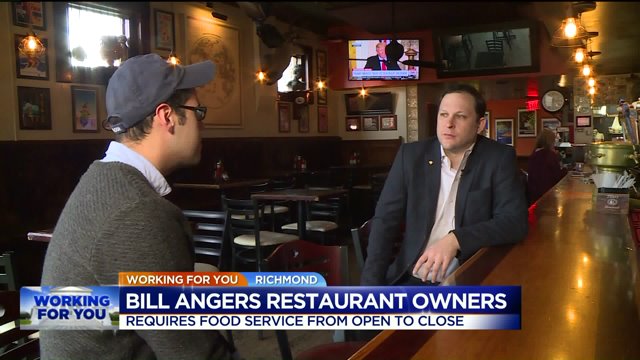 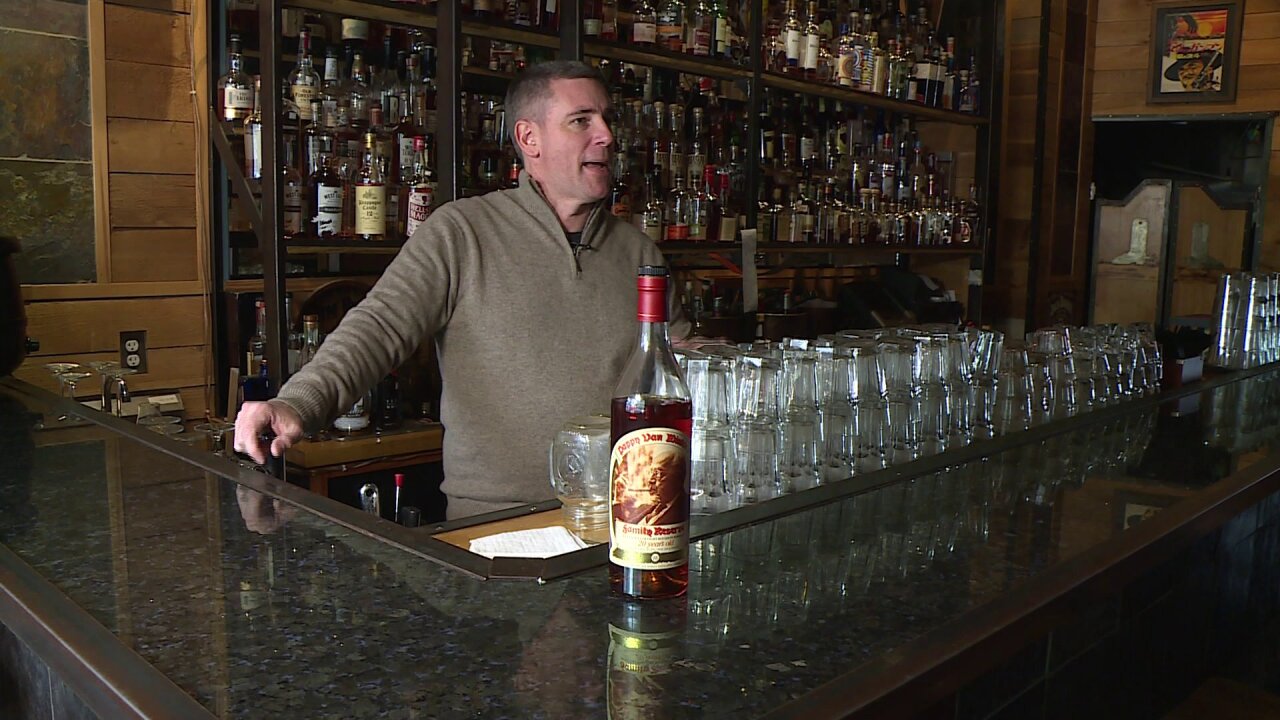 RICHMOND, Va. -- A proposed bill that unanimously passed the Virginia Senate on Thursday aims to clarify a decades old law regarding restaurants and the sale of spirits.

State Sen. Bill DeSteph (R-Virginia Beach) introduced SB 1216, that would “require mixed beverage licensees (bars/restaurants) to have food, cooked or prepared on the licensed premises, available for on-premises consumption whenever spirits are sold or served.”

If signed by Governor Terry McAuliffe, the law would require restaurants that served liquor drinks to also sell food -- from open to close.

"After 11 o'clock usually the demand is at the bar and not the tables," said Jake Crocker, owner of F.W. Sullivan's on West Main Street in Richmond.

“This was an area where over the years there were so many changes to the code and it got lost," Sen. DeSteph said.

"Right now we are all guessing and the ABC is enforcing something very vague," Crocker said.

Mac McCormack, who owns three restaurants in the River City including McCormack's Whiskey Grill on North Robinson Street, said it was a law that ABC agents only recently began enforcing.

"For the state to start dictating our labor is kind of crazy," McCormack said.

To comply with the law, both Crocker and McCormack offer a limited menu after 10 p.m. and said it's rarely requested.

“We went back to the original interpretation which was fought by Mothers Against Drunk Driving and is where this came from," DeSteph said. "The food absorbs the alcohol that goes into the system. We are just re-stressing that and bringing it back to the code where it needs to be.”

While SB 1216 doesn't specifically distinguish between requiring a full menu at all times liquor is served, DeSteph clarified "it doesn’t have to be a full menu. It can be a reduced menu."

Crocker said Virginia is one of the toughest states in the nation to operate a restaurant in.

"We don’t see a wholesale discount on purchasing liquor and Richmond's meals tax is one of the highest in the nation," Crocker said.

McCormack has been vocal against the state's law that requires establishments to have at least 45 percent of total sales come from food. He believes the increase in regulations on his businesses might put him in the red.

"I don’t know what the point is? I'm one of the state’s biggest customers and I buy their largest selection of their catalog," he said.