What the Women’s March meant to these four women 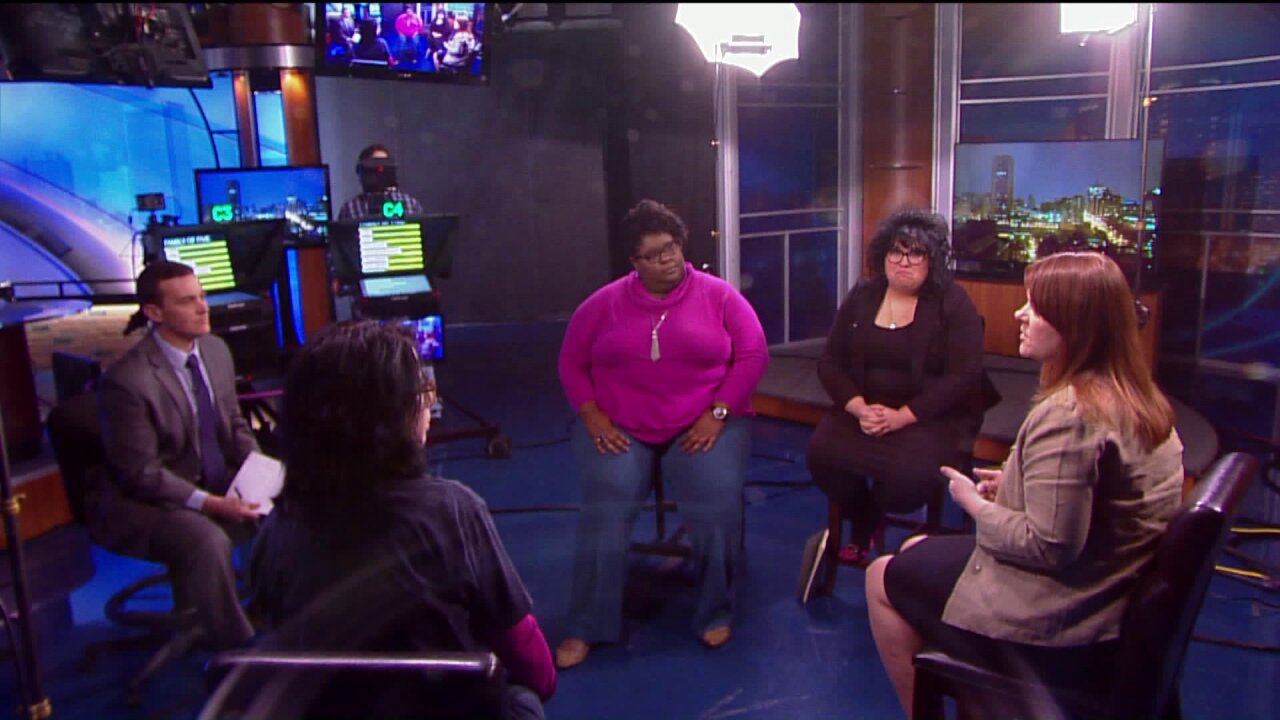 RICHMOND, Va. — Hundreds of thousands of people flocked to nation’s capital for the Women’s March on Washington last weekend to stand up against the “demonizing” of women and minority groups.  Hundreds of people from Central Virginia were there, and many who were part of the march told CBS 6 they felt they were part of a historic moment.

On the the other hand, some women said they felt excluded because of their beliefs.

CBS 6 invited four women with different political beliefs and experiences to have a conversation about what the march meant to them.  In a round table moderated by CBS 6 reporter Jake Burns, the group tackled what the movement meant to each of them and why it is so important to have a civil dialogue with someone who may think differently.

Alsuin Preis, a mother of three, attended the rally with friends and family members, including her 13-year old daughter. Preis said she felt the march was an outpouring of concern from women across the country about the various policy proposals and rhetoric used by President Donald Trump.  Preis said one crystallizing moment came when her daughter looked over the crowd and realized it she was part of something special.

“It was really important to feel we were not alone,” Pries said.  “We needed to see there were other people that felt the same way, and boy did we.”

Annie Celotto, the owner of a new media company that has worked with various pro-life and conservative groups, also attended the rally.  Celotto describes herself as a pro-life feminist.  Celotto said it was energizing to see so many rally together around something they believe in.  Still, Celotto felt the march lacked an overall coherent message.

“I was never threatened. There were people that made sly comments, but for the most part, I was encouraged by the overwhelming response I actually got from women there.”

Diana Shore did not go to the march. Shore works for the Virginia First Foundation, and helped get the controversial “Day of Tears” resolution passed through the Virginia General Assembly. Watching from her home in Farmville, Shore said she was appalled by some of the messaging and signage she saw.

“I don’t think that’s the type of rhetoric that most average, everyday women can associate with,” Shore said.

Charm Bullard, with the Virginia Center for Inclusive Communities, did not make it to D.C. either.  Charm said she loved seeing so many people passionate about so many different issues. Bullard said she hopes Virginians of all political beliefs will learn to activate on a local level.

“At Virginia Center for Inclusive Communities, we get out into the community and encourage people have these difficult conversations, to have these dialogues. I think that’s the beauty of the American experience,” Bullard said.

Bullard added that in our current political climate, it is important to seek to learn from discussions like this instead of only seeking to be heard.

CBS 6 realizes these are only four voices lending their perspective to a movement that millions are passionately following.  If you have an idea for additional community conversations, please email newstips@wtvr.com.