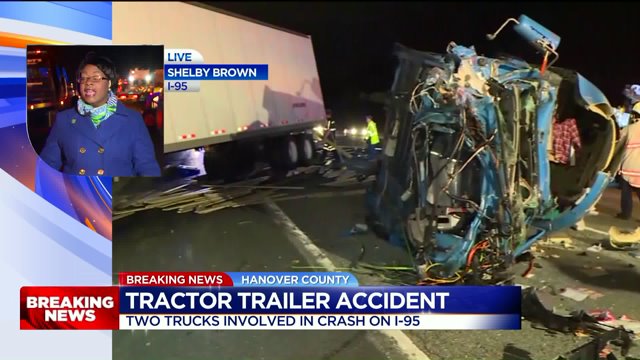 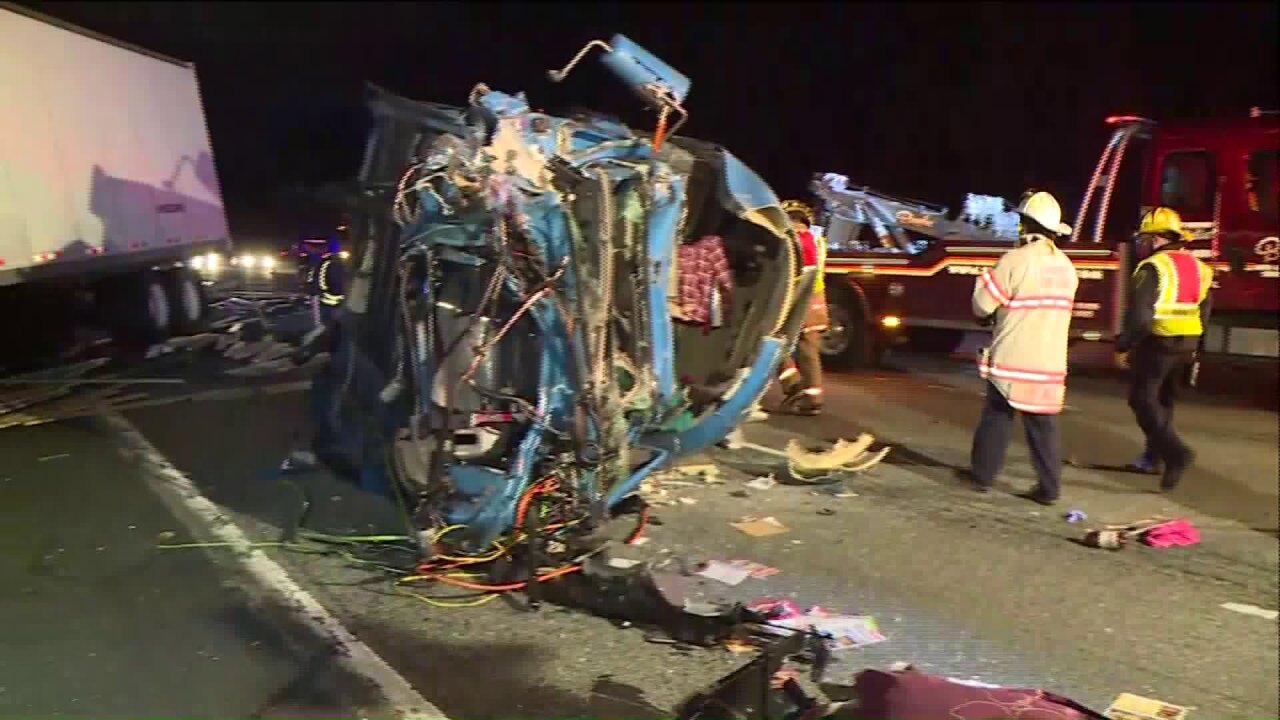 By 9 a.m., all lanes had reopened between the Sliding Hill Road and Lewistown Road exits (mile marker 88).

Around 4:05 a.m., an 18-wheeler carrying aluminum slowed down in a work zone and a second tractor trailer, carrying the lumber, hit it.

The impact was so great that the cab disconnected from the truck. It was mangled, it was in the middle of the road.

The passenger and the driver in that first 18-wheeler were taken to the hospital with very serious injuries, according to Virginia State Police.

The second driver remained on the scene. He was the driver of the lumber truck.

When all four lanes were shutdown between 4 a.m. and 6 a.m., police allowed drivers to get around the crash site by using the left shoulder.

Police have not yet released information about injuries associated with the crash.

An environmental team worked to control fuel that spilled due to the crash.