‘She would still be alive:’ Parents of Hannah Graham back study to enhance DNA collection 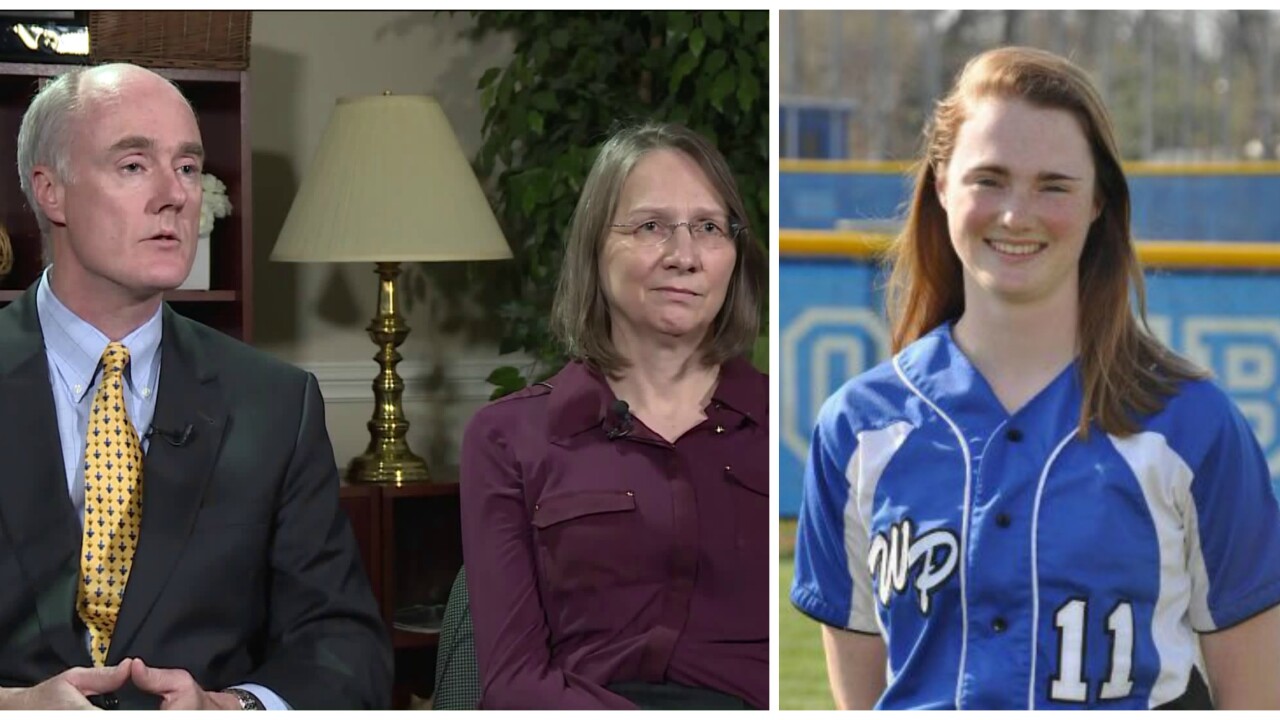 RICHMOND, Va. -- For the first time since their daughter’s 2014 murder, the parents of Hannah Graham are speaking out in an effort to enhance DNA collection in the Commonwealth.

“It’s our time to speak out and we feel that this is a very important issue that could have made a huge difference to the outcome of Hannah,” said Hannah Graham’s mother Sue Graham.

Eighteen-year-old Hannah Elizabeth Graham was a standout student at the University of Virginia, star athlete, and loved dearly by her family.

Hannah Graham and her parents

“She simply lit up our lives.  She was friendly, funny, loyal, bright and she was a pleasure to hang out with and on a personal level. I miss it every day,” said her mother Sue.

Hannah was the only daughter of John and Sue Graham. Her name is now ingrained in households around the world after she disappeared in the early hours of Sept.13, 2014. She was reported missing the day after when friends and family realized they had not heard from her, or seen her.

The last images of Graham were captured on Charlottesville's Downtown pedestrian mall.

The search for Hannah Graham ended on a vacant Albemarle County property, October 18, 2014 when she was found murdered at the hands of Jesse Matthew Junior.

“It’s still is very raw.” said John. “We visit Hannah’s grave every weekend and we put flowers on Hannah’s grave and Sue breaks down and I have to try to comfort her and it’s very difficult. It’s very hard for me to see my wife’s pain.”

“It’s often been said by others that she would change the world and she’s done so, but not in the way that we expected. It’s very difficult to put into words because the pain is so acute,” said Sue.

But despite that pain, the grieving parents are breaking their silence for their daughter and others.

"Maybe we can make a difference and that way Hannah won’t have died in vain,” said Sue.

The Grahams say a simple swab would have saved their daughter’s life.

They point to Matthew’s criminal trespass conviction from 2010 in Charlottesville. A misdemeanor that currently does not require a DNA sample from the convicted.

“He would have immediately been linked to the brutal attack in Fairfax city in 2005 and to the murder of Morgan Harrington and he would have been in jail where he belonged. He wouldn’t have been roaming the streets of Charlottesville looking for victims and Hannah would still be alive,” said her father.

With the help of Albemarle County Commonwealth’s Attorney Robert Tracci and Albemarle Sheriff Chip Harding, the Grahams, are fighting for the enhancement of DNA collection in Virginia.

They will start by urging lawmakers to consider H.J. 711 which directs the Virginia Crime Commission to study available data from other states to assess the impact of extending DNA collection to additional class one misdemeanors.

“To those who oppose this proposal, how would you explain to the next Sue Graham or the next Gil Harrington a grieving mother of somebody’s daughter who was murdered that you had done all you could to protect their daughter? You couldn’t!” said John.

While the Graham’s say this proposal won’t bring back their daughter, it could save someone else’s and make Hannah proud.

“Go mummy she’d be saying,” said John of his daughter. “Absolutely she would want us to do what we can do to ensure nobody else has to suffer the trauma that she suffered at the hands of Jesse Matthew, and it’s as simple as that.” said Sue.

“I will be very surprised if the cost of doing an extra swab and analysis is more than the cost of the avoided crime rape kits that are processed, the avoided murders that are investigated and so on,” said John.

“I think the most fundamental role of government is to protect the people. Doing the utmost possible to remove dangerous sex offenders and murderers from the streets of this country is a very basic part of the protection of the people,” John added.

"The fact is there are other Jesse Matthews at large in Virginia. This study will be the start of really having a thorough review of where changes can be made that will be fair and ensure the safety of young women in Virginia in the future,” said Sue.

“I’m convinced that they will decide to support the study,” she added.

The Grahams will be in Richmond Friday morning to urge House leadership to support the crime commission study on DNA databank enhancement.

Jesse Matthew is serving multiple life sentences for the murders of Hannah Graham, Morgan Harrington, and an attempted murder and sexual assault in Fairfax in 2005. He is behind bars in Red Onion State Prison in Wise County. That is a supermax facility that houses some of Virginia’s worst criminals.

As part of his plea deal, he will never be eligible for parole or geriatric release.