Man’s mom finally gets death certificate after month in morgue 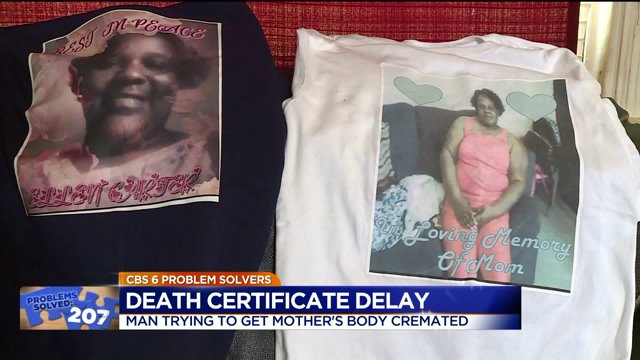 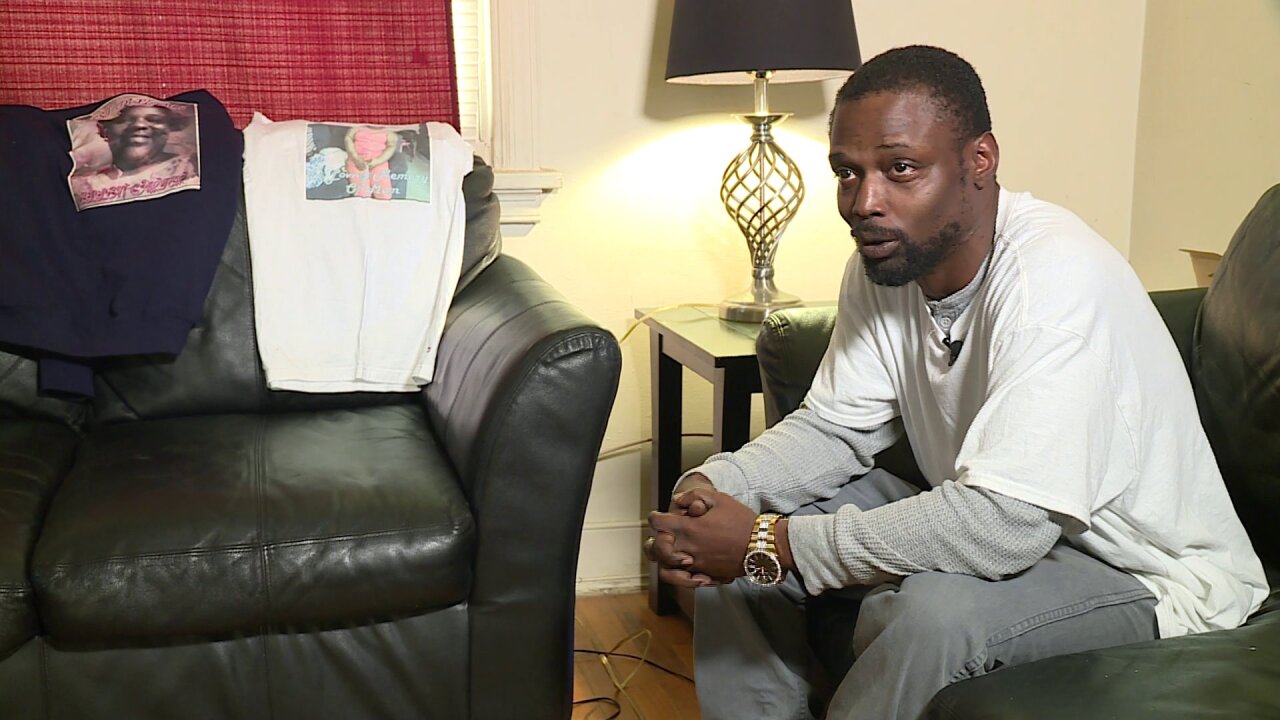 RICHMOND, Va. -- Gregory Carter's mother Ellen died at her home the day after Christmas. She died peacefully in her sleep at the young age of 48.

"It’s been hard, it's a struggle,” said Gregory. “She was my best friend. I could call her for anything. Our birthdays was on the same day."

A funeral service was held for Ellen on New Year's Eve, but her family could not have her body cremated as they wished.

That’s because cremation requires a death certificate with a signature from a medical doctor.

Carter's family was unable to obtain the certificate because Ellen Carter had not seen a doctor for a couple of years and her former primary physician has retired.

After the family reached out to the CBS 6 Problem Solvers team for help, we learned Ellen’s records were transferred to another doctor.

But because that doctor never met or treated Ellen Carter, the doctor was reluctant to sign the death certificate.

Now nearly one month after her death, her body remains in the morgue.

"Physicians' primary fear is that some kind of liability is going to be associated with death certificates and that's not the case,” Dr. Danny Avula, Richmond City Health District Director, said.

When cases such as this arise, it's his job to find a physician that will sign a death certificate.

"Once I have a conversation with a physician and help them understand what the situation is they're willing to sign, and the funeral home will typically take the certificate over and get the physician to sign the same day,” Dr. Avula said.

"I’m just waiting, man,” Gregory said. “That's all I can do is try to be patient and I’m tired of waiting."

On Tuesday, Dr. Avula said he has found a physician to sign the certificate and the family should soon be able to proceed with their plan to get Ellen's remains to her final resting place.

On Thursday, Gregory reached out to CBS 6  and said they had obtained a death certificate, and can proceed with the cremation.