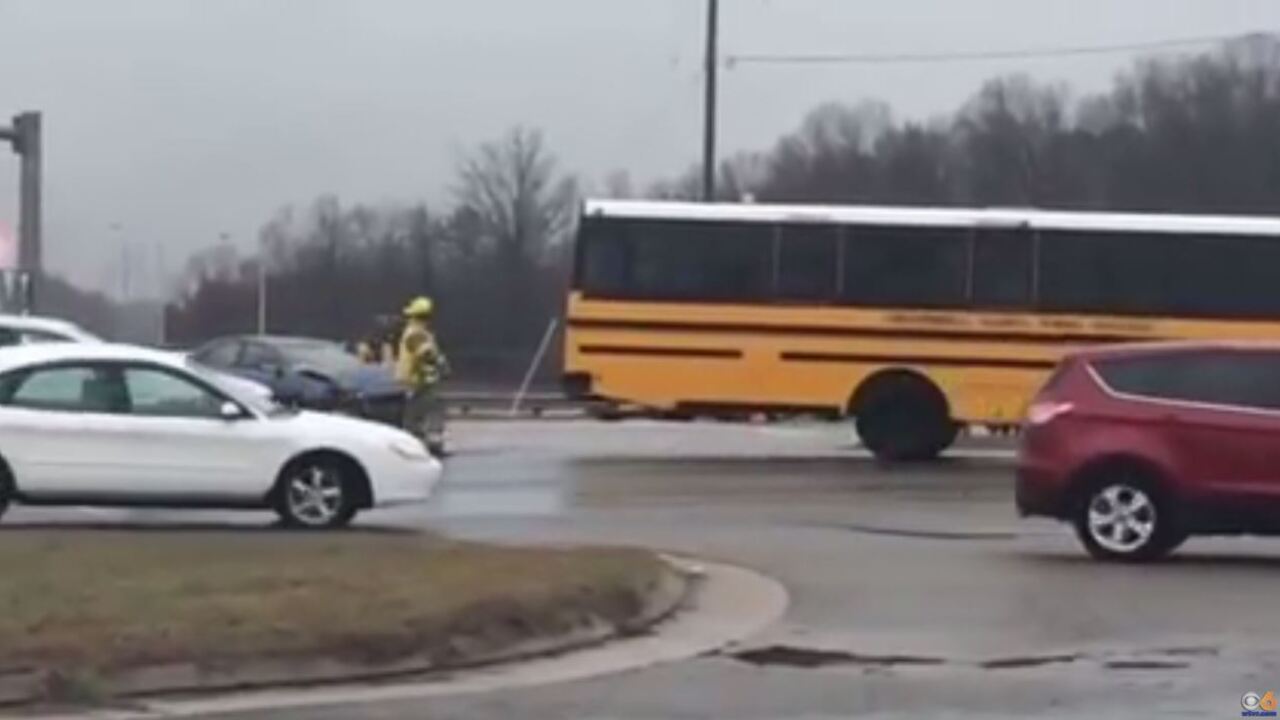 CHESTERFIELD COUNTY, Va. — Police are investigating a Monday afternoon crash involving a Chesterfield school bus. There were no students on the bus when it was involved in an accident on Hull Street Road near Manchester Middle School.

Video from the crash scene showed a blue car with front-end damage behind the school bus.

The bus was leaving school when it was hit, police said.