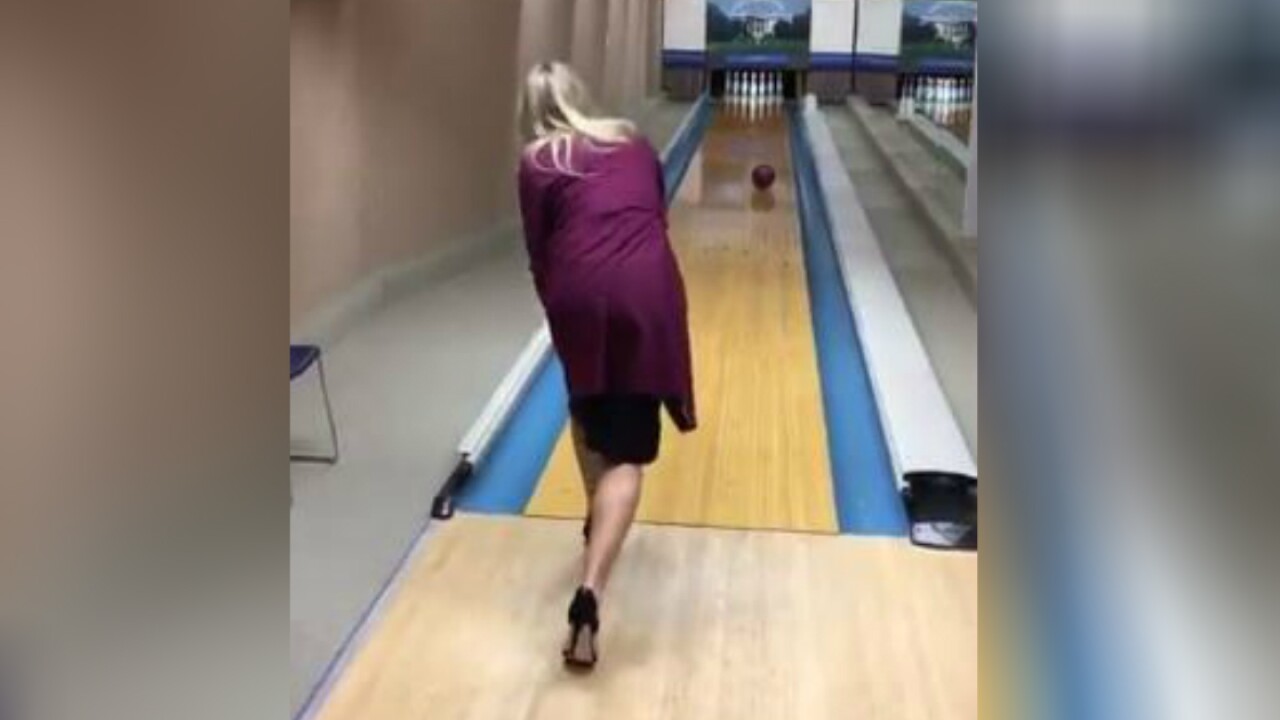 WASHINGTON — One day after the inauguration, President Donald Trump is settling into his new duties.

The first family is also adjusting to life in their new roles as first lady, first sons, first daughters and first grandchildren.

Following the inaugural ball festivities Friday night, Tiffany and boyfriend Ross Mechanic; Donald Jr., wife Vanessa and daughter Kai; and Eric and wife Lara split off from the presidential motorcade and headed to the Trump International Hotel DC, where they were spotted celebrating the day with a midnight balloon drop with friends and family. Marla Maples, mother of Tiffany and Trump’s second wife, posted an Instagram with her daughter and some friends from the luxurious lobby bar, The Benjamin.

I've been trying to bring Tiffany to DC for a long time… And I think she did it in style💖Thank you dear friends who've given Support throughout the years I love you all! #inauguration

Saturday morning, the entire Trump clan dressed up and joined the President and Vice President Mike Pence for a church service at the National Cathedral in Northwest Washington.

Then it was time to check out the new digs at the White House. Trump’s new home has 132 rooms, 35 bathrooms and six levels in the residence, per the office of the curator, and there’s a lot to explore.

“Family bowling session at The White House,” he tweeted.

They may have also checked out the South Lawn and its view of the Washington Monument, or the movie theater, the pool, the rose garden, or the basketball court.

Hungry? The White House chefs — who have, so far, stayed on from the Obama administration — have stocked the fridge with the Trump family’s favorite snacks. The current White House executive chef has been feeding presidents and their families since George W. Bush, and started in the White House kitchen under President Bill Clinton.

President Trump himself is a fast-food aficionado — he told CNN’s Anderson Cooper at a CNN town hall last February that he loves McDonald’s.

He tweeted a photo from his plane with a bucket of KFC during the campaign.

“Not the worst thing in the world,” he told Cooper of the fried chicken.

Generally, the family will provide the White House with individual preferences and dietary restrictions. President Barack Obama famously snacked on almonds in the White House. The New York Times reports that his successor prefers Doritos and Lays potato chips.

In 2009, it was a top priority for incoming First Lady Michelle Obama to settle young daughters Sasha and Malia into their new rooms and make the White House a home as smoothly as possible. This new administration is different, as First Lady Melania Trump and son Barron Trump won’t be living in Washington full-time until the end of the school year, and most of Trump’s grown children will continue to live in New York City.

It was not immediately clear how long the New York-based Trumps will stick around town — but as the President gets to work, his full house will diminish.

The first lady will return to New York with Barron, 10, in time for school on Monday. Eric and Donald Jr., along with their families, are also expected to return to New York, as Trump’s adult sons will run the Trump Organization while their father is in office.

Ivanka Trump and Jared Kushner, who will serve as senior adviser to the President, will live in Washington full-time.

Last week, movers were spotted unloading furniture at their new home in DC’s Kalorama neighborhood, just a couple miles from the White House.

Ivanka Trump, who does not yet have a formal role in the White House but served as a key adviser to her father’s campaign, posted on Facebook earlier this month that she was planning to take time to settle their three young children into their new home and schools.