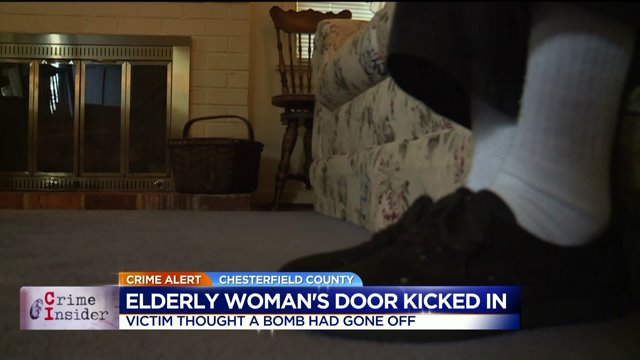 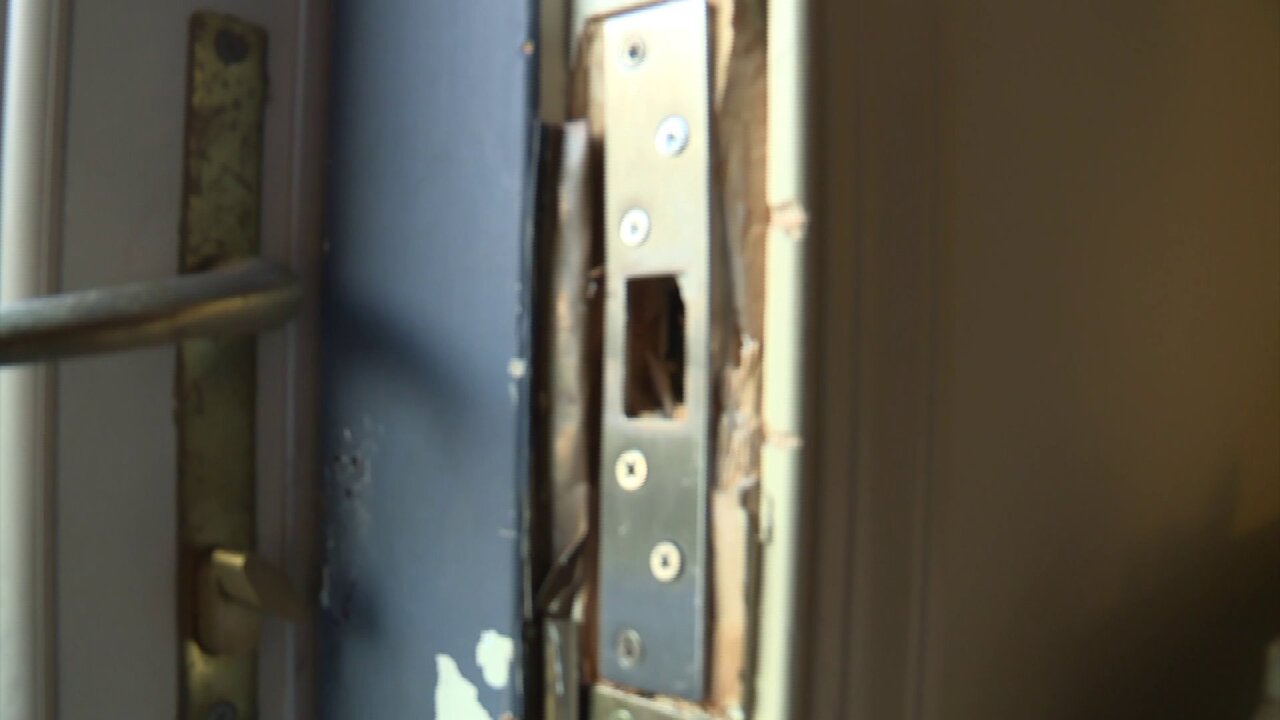 CHESTERFIELD COUNTY, Va. – An 80-year-old Chesterfield grandmother says she scared to live in her own home after an attempted home invasion Wednesday afternoon.

The grandmother, who asked CBS 6 to hide her identity, says she was shaken Wednesday when she heard a loud bang at the front door, while she was sitting on her couch, playing cards.

"It was in the middle of the day, like 12:00,” she said Thursday. "A bunch of boys was going down the road, then all of a sudden, they were on my porch and banging on my door and ringing the bell."

The grandmother says she saw the boys heading to the back door of her Chessington Road home.

"I opened the door up and screamed I'm calling the police," she said.

At the same time, she heard a loud boom at the front of the house. “I came back and my door was all in and pieces of it everywhere," she said.

At first the woman thought the boys had put some sort of explosive by the door, but after seeing a shoe print on the door, she realized one of them had kicked it in.

The woman says she's lived on the street since 1984 and it saddens her to see a lack of respect toward the elderly.

"I just couldn't believe it was happening to me," she said.

Crime Insider sources tell CBS 6 reporter Jon Burkett one of the boys in the group has been identified and they are working on the remaining suspects.