Teen arrested for racing in crash that struck, killed pedestrian 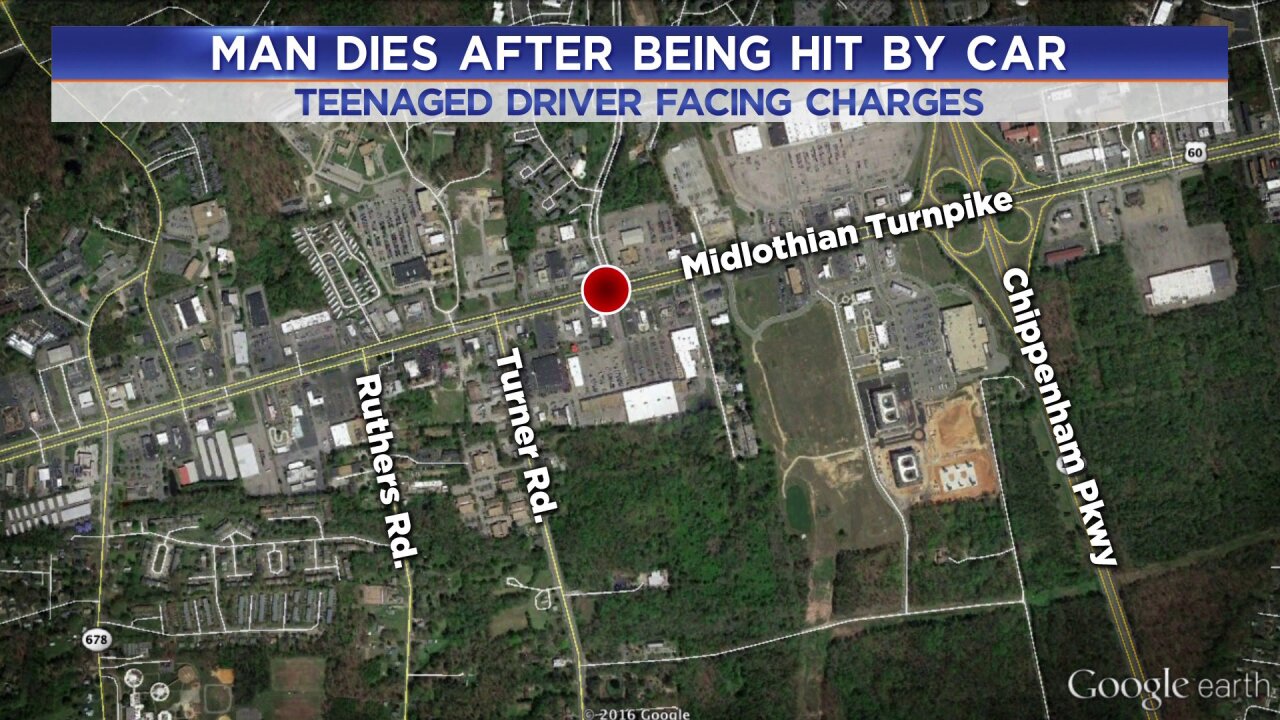 CHESTERFIELD COUNTY, Va. – Chesterfield Police have arrested a 17-year-old male for racing in connection with an accident that killed a pedestrian over the weekend.

“A 2002 Mitsubishi Eclipse was traveling east on Midlothian Turnpike when it struck the adult male victim, who was walking across the road,” police said in a press release. “The driver of the striking vehicle, a 17-year-old male, remained at the scene and was not injured.”

The victim, identified as Jacinto Lopez Marcos, 37, of Chesterfield, was transported to Chippenham Hospital, where he died on January 15.

After an investigation, police say at the time of the crash the vehicle involved in the crash and another vehicle, which was also driven by a 17-year-old male, were racing.

The driver of the vehicle involved in the crash has been charged with racing – causing death or injury to another person, an unclassified felony.

As of Tuesday morning, the teen was being held at the Chesterfield County Juvenile Detention Home.

The driver of the other vehicle was charged with misdemeanor racing.

The crash in still under investigation.