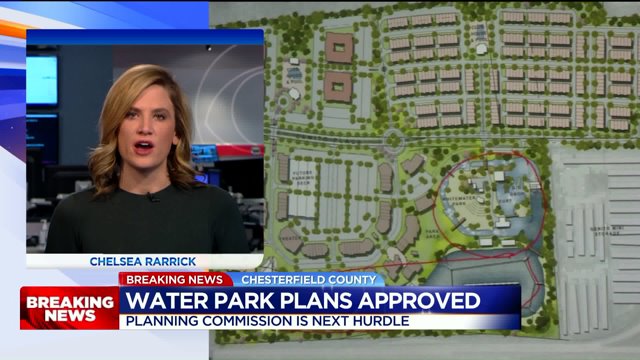 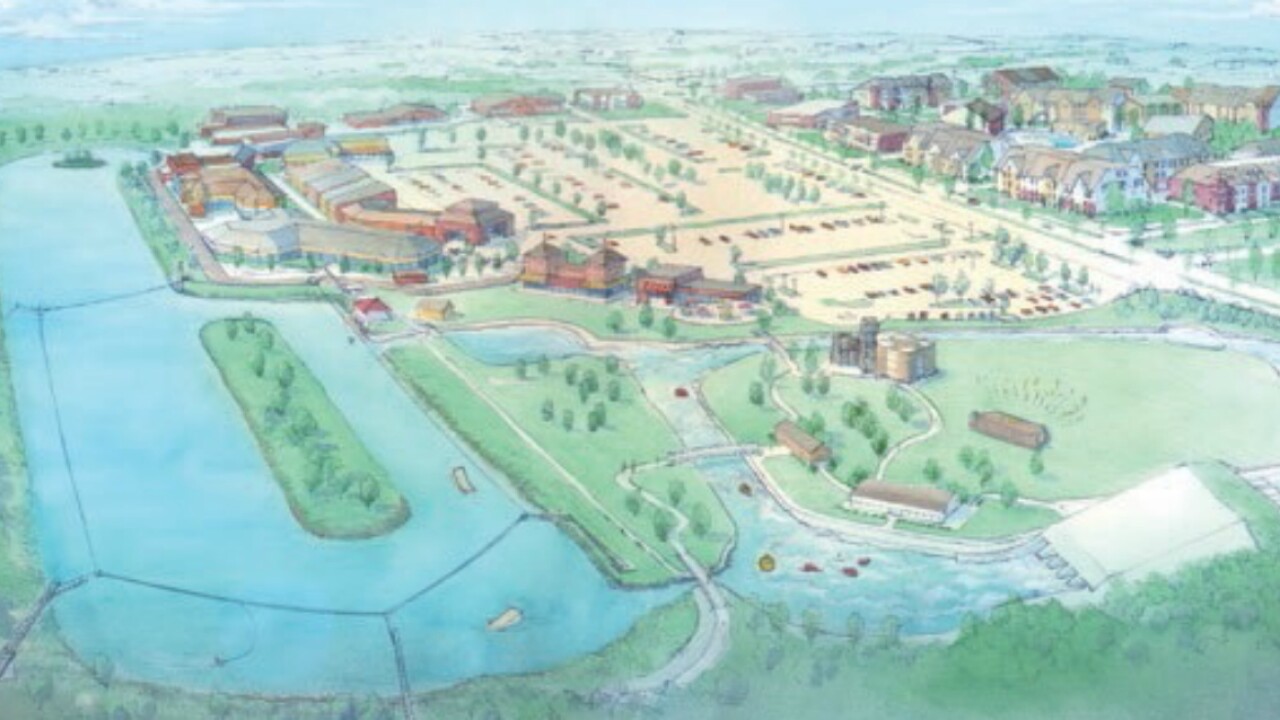 CHESTERFIELD COUNTY, Va. – A proposed water park development in Chesterfield County is one step closer to being built after being approved by Chesterfield's Planning Commission Tuesday night.

With a 4-1 vote, Chesterfield's Planning Commission voted to recommend that the Board of Supervisors approve a conditional-use permit for the project.

The water park would be built on 105 acres of land at the corner of Genito Place and Genito Road near Clover Hill High School.

The water park, which would cost an estimated $35 million, would include shopping, a music venue, and even a brewery.

The White Water Adventure Park would be the anchor of the commercial project, with restaurants and townhomes also built.

Developers previously told CBS 6 they envisioned the park less like water parks at Kings Dominion and Water Country USA, and more like a place to water ski and whitewater raft.

Some nearby residents raised concerns about the noise and traffic the recreational destination could generate to the area.

During Tuesday’s meeting, one resident who spoke against the project said the county should be focusing on the schools.

Jack Wilson, the attorney for the applicants spoke after the vote Tuesday night.

"We’re pleased, it's been a lot of hard work put in to getting the case to where it is today so we could get this recommendation for approval. We're really looking forward to getting it to the board and getting it approved,” said Wilson.

The project still has to be approved by the Board of Supervisors. They plan to meet next week.