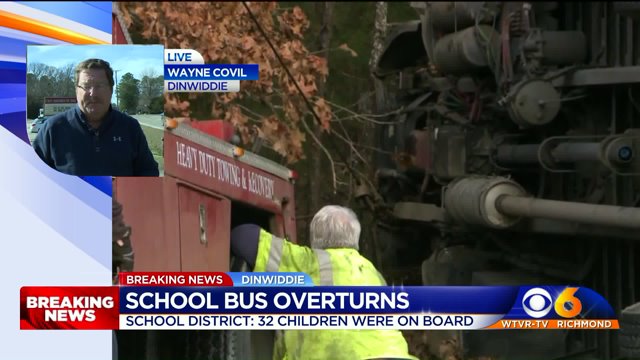 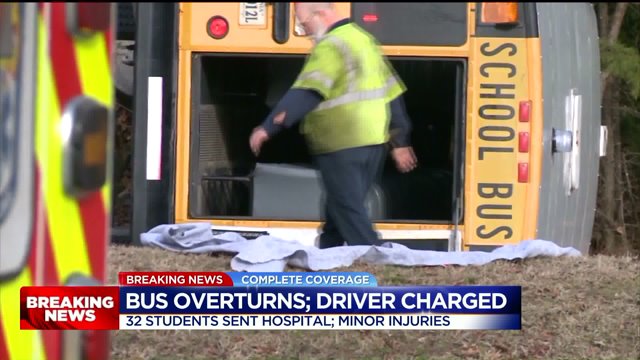 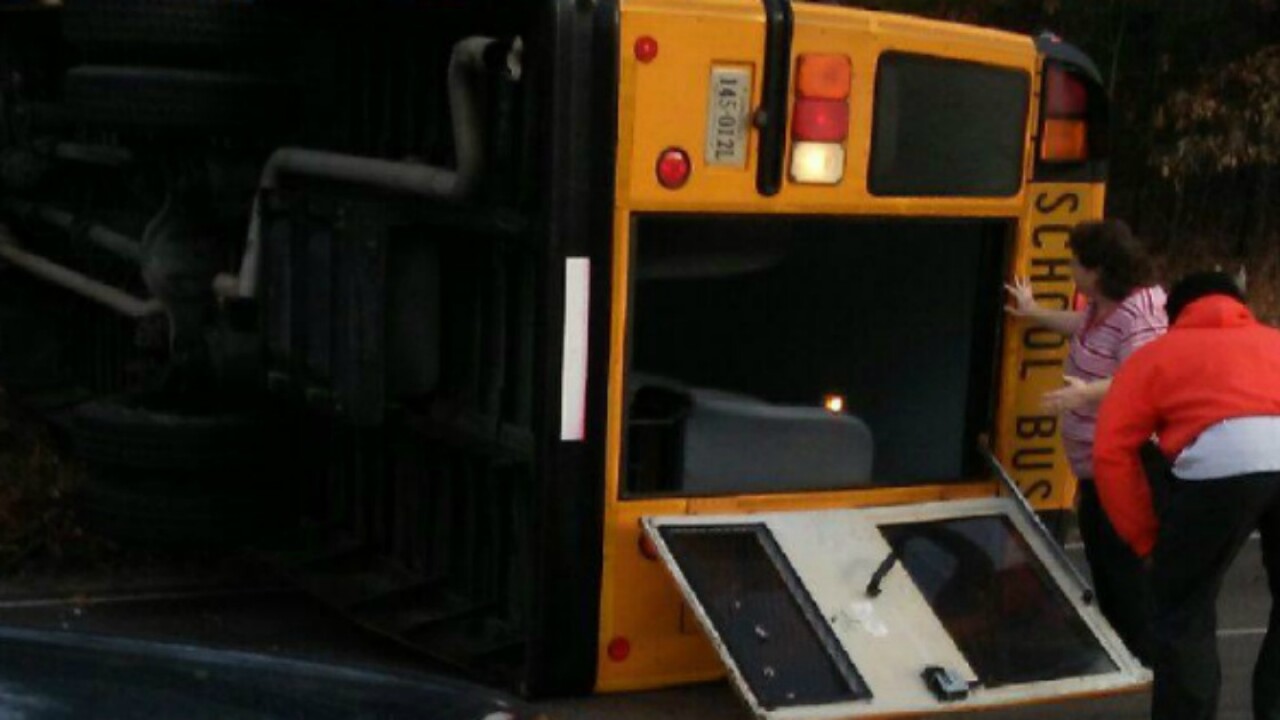 DINWIDDIE COUNTY, Va. -- More than 30 students were taken to the hospital to be checked out after their school bus overturned Thursday morning along the 25000 block of Ferndale Road in Dinwiddie County.

The students' injuries all appeared to be minor, according to Dinwiddie Fire and EMS Chief Dennis Hale.

The bus driver was initially stuck on the bus and had to be helped out, according to witnesses. By the time emergency crews arrived, the driver was already out of the bus, Hale said.

Khadijah Holland, who said she was one of the first people at the scene of the crash and helped some children out to safety, said the bus driver appeared to be injured. 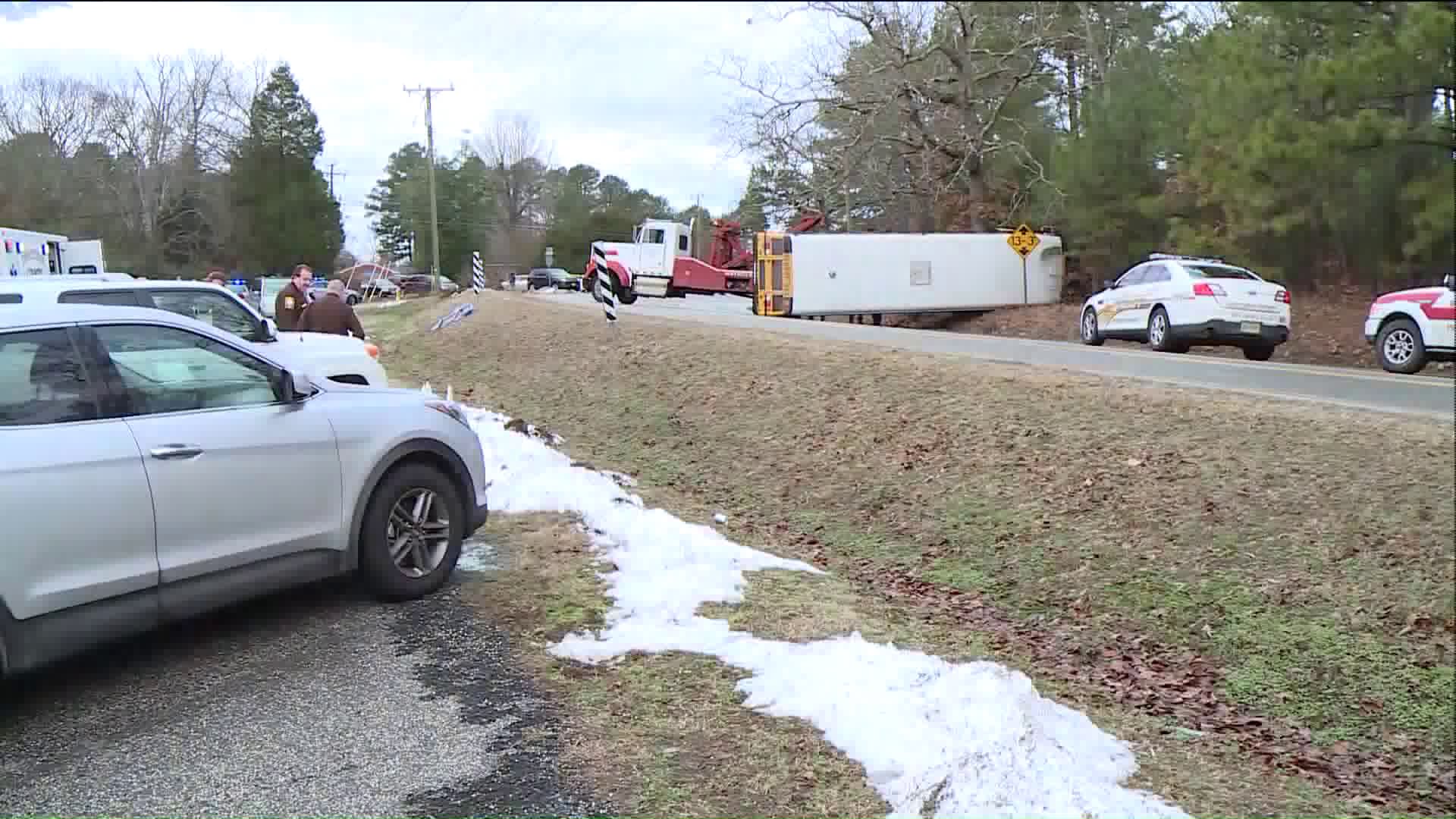 She said the roads were not icy and she was not sure what caused the crash.

"I don't know how the accident happened," she said. "There was no ice anywhere."

"Please be safe as there may still be snow and ice in places and at the bus stop," the school system warned on its website.

Mutual aid was requested from Chesterfield County Fire and EMS and VCU Medical Center was prepared to receive multiple patients as a result of the school bus accident. Some of the injured were taken to Southside Regional Medical Center and other area hospitals.

#BREAKING School bus overturns in Dinwiddie off Ferndale Rd; multiple injuries. Working to get more details; we are on our way @CBS6 pic.twitter.com/AAB1BqtpmQ