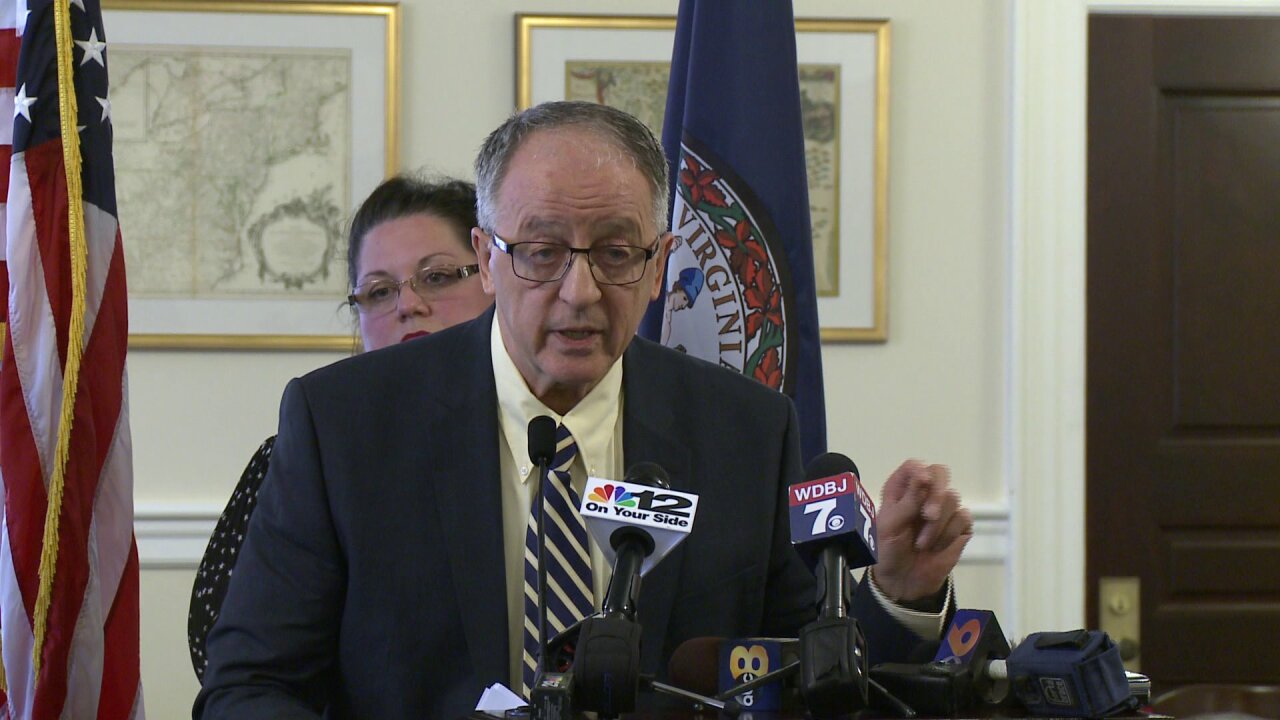 RICHMOND, Va - Virginia Delegate Bob Marshall defended his proposed Physical Privacy Act at a press conference Thursday, and called on Republican leaders at the General Assembly to take the measure seriously.  Multiple advocacy groups have said the bill is strikingly similar to North Carolina's HB 2, which bans transgender people from using the restroom that corresponds with their gender identity.

Marshall said hundreds of Virginia families have approached his office worried about privacy and safety of children in public restrooms and locker rooms since the controversial North Carolina "bathroom bill" began making headlines last year.  Marshall called on GOP leaders to not kill his proposal in committee, which happened to a similar bill last session.

"Every bill that has dealt with this was sent to a star chamber for execution," Marshall said.

Republican legislators have told CBS 6 that Marshall's proposal is "not a top priority."

Lawmakers cited the reported hit to business in North Carolina after fall out from passing HB 2.  CBS 6 asked Marshall about a Forbes study that said the Tar Heel state could lose out on $600 million in business.

"That is a back of the napkin, fake news for consumption for people like yourself," Marshall said to a CBS 6 reporter.  During his remarks prior to questions from media members, Marshall cited a Forbes ranking that listed North Carolina as the second best state for business in the country in 2016.

Theodore Kahn, a transgender man from Richmond, asked Bob Marhsall where he should use the bathroom.

The conservative advocacy group Virginia First Foundation hosted the press conference.  The organization said they support Marshall's bill because it "protects children by holding schools and government organizations accountable for sexual or psychological trauma they will cause when they try to re-define gender to be politically correct."

Both Marshall and Virginia First leaders said they were not aware of any sexual violence related to a transgender person in Virginia using a bathroom that differed from their gender at birth.

There was chatter on social media that a "major disruption" was scheduled for Thursday's press conference.  Critics of the proposal were in attendance, but mostly kept to themselves.

Theodore Kahn, a transgender man from Richmond, did stand up at the end of the press conference to ask Marshall where he should use the bathroom.  Kahn said he rarely sees any problems when using the men's room in public places.

"There was a similar bill that was killed in the House General Laws committee last year," said James Parrish, Executive Director of Equality Virginia. "Honestly, we feel like with the state's budget shortfall and the economic consequences we saw in North Carolina, the leadership of both parties should be stepping forward and saying this bill is dead on arrival."

If Marshall's proposal did pass both chambers of the General Assembly, Governor Terry McAuliffe said he would veto it immediately.  HB 1612 has been referred to the Committee on General Laws.