Man wheels 300,000 pennies to DMV to inconvenience the state 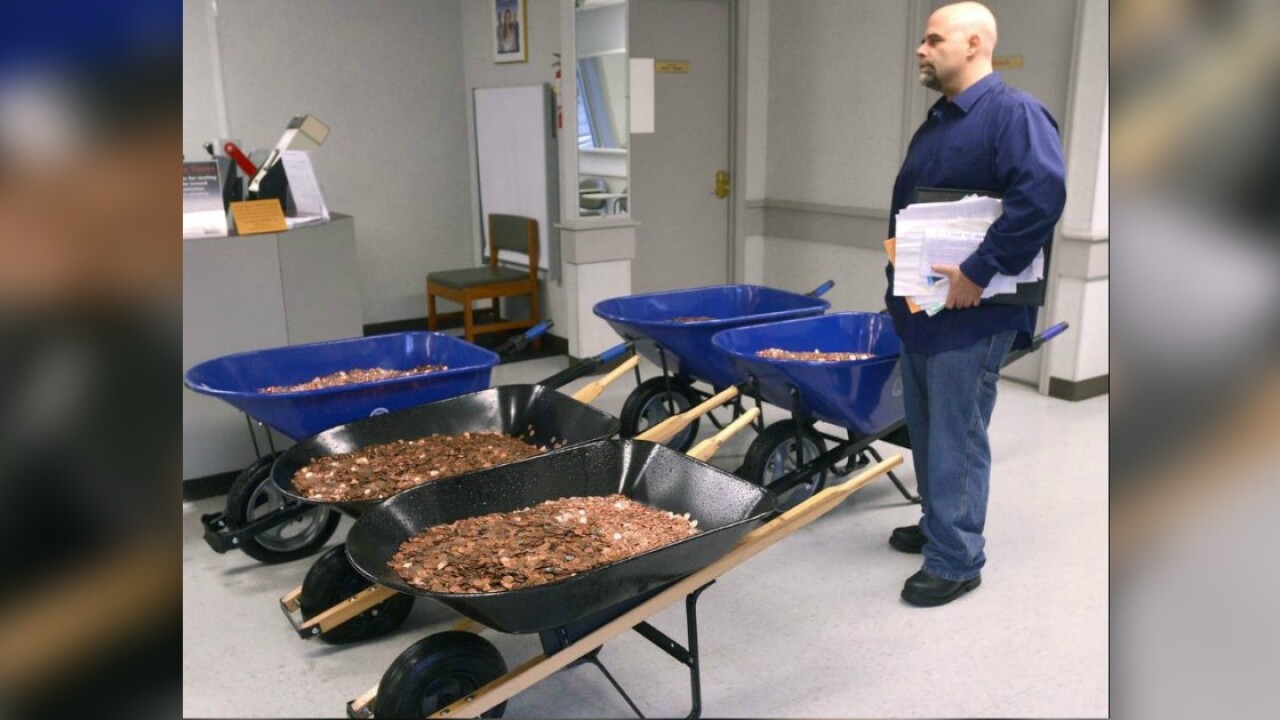 Nick Stafford said he wheeled the pennies into the office to prove a point and get back at state government.

He claimed he was given the runaround and forced to sue the state after he was denied direct phone numbers to DMV offices in his area following a Freedom of Information Act (FOIA) request.