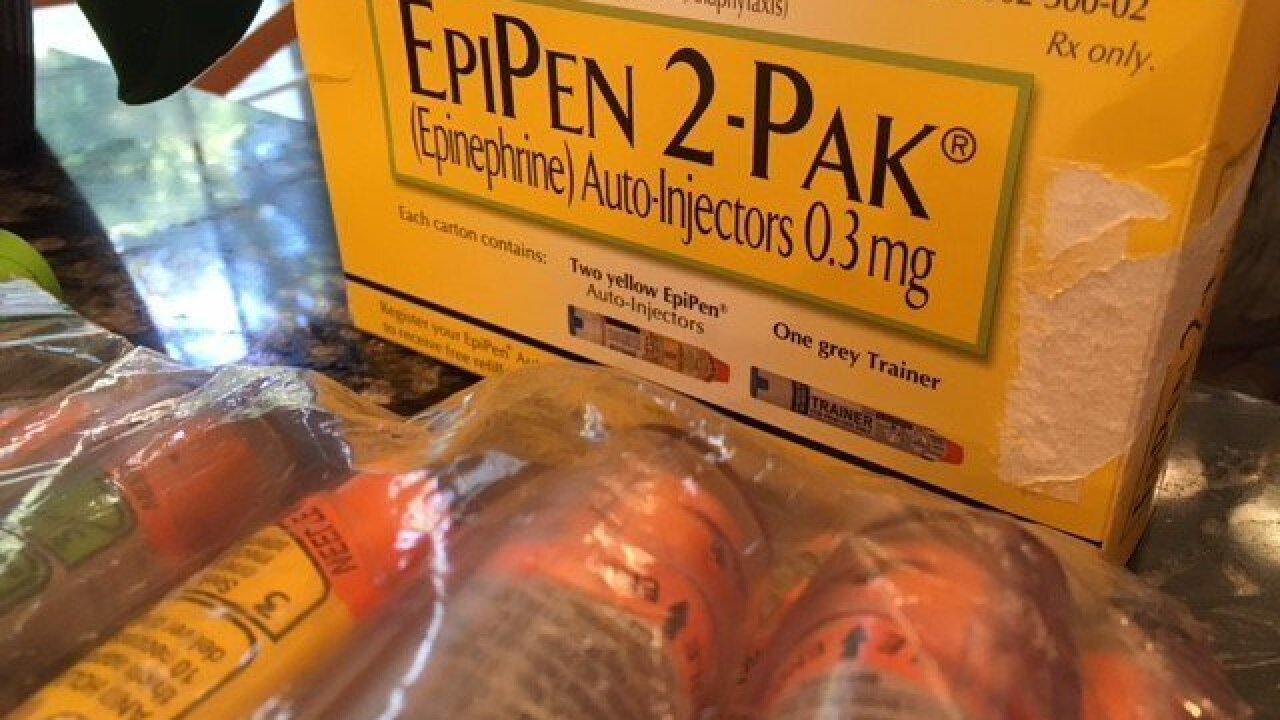 NEW YORK — Cigna, a top health insurer, is dropping coverage of the EpiPen.

The lifesaving allergy medication has been a flash point for debates over rising drug costs. Manufacturer Mylan jacked up the price of the EpiPen by more than 400% since 2009, and was forced to develop a generic alternative amid national outrage.

Cigna now says it will only cover the half-priced generic version, which launched in December.

“The generic version, available now in pharmacies, has the same drug formulation and device functionality as the branded medication, but at a substantial cost savings,” Cigna spokeswoman Karen Eldred said.

Mylan said it anticipated the coverage change due to the launch of its generic option.

The change comes as President-elect Donald Trump vows to fight increases in drug prices. He said many drug companies are “getting away with murder” at his first press conference since the election on Wednesday.

The EpiPen injects a dose of epinephrine to halt life-threatening allergic reactions.

In 2009, an EpiPen two-pack cost less than $100. By 2016, its sticker price rose to $609. Amid accusations of price gouging, Mylan CEO Heather Bresch was called to testify before Congress in September. And in October, the company agreed to pay the U.S. government $465 million after it was accused of falsely classifying the EpiPen to overcharge the Medicaid system.

In response, Mylan started offering $300 savings cards for patients who have to pay full price and began developing its generic spinoff.