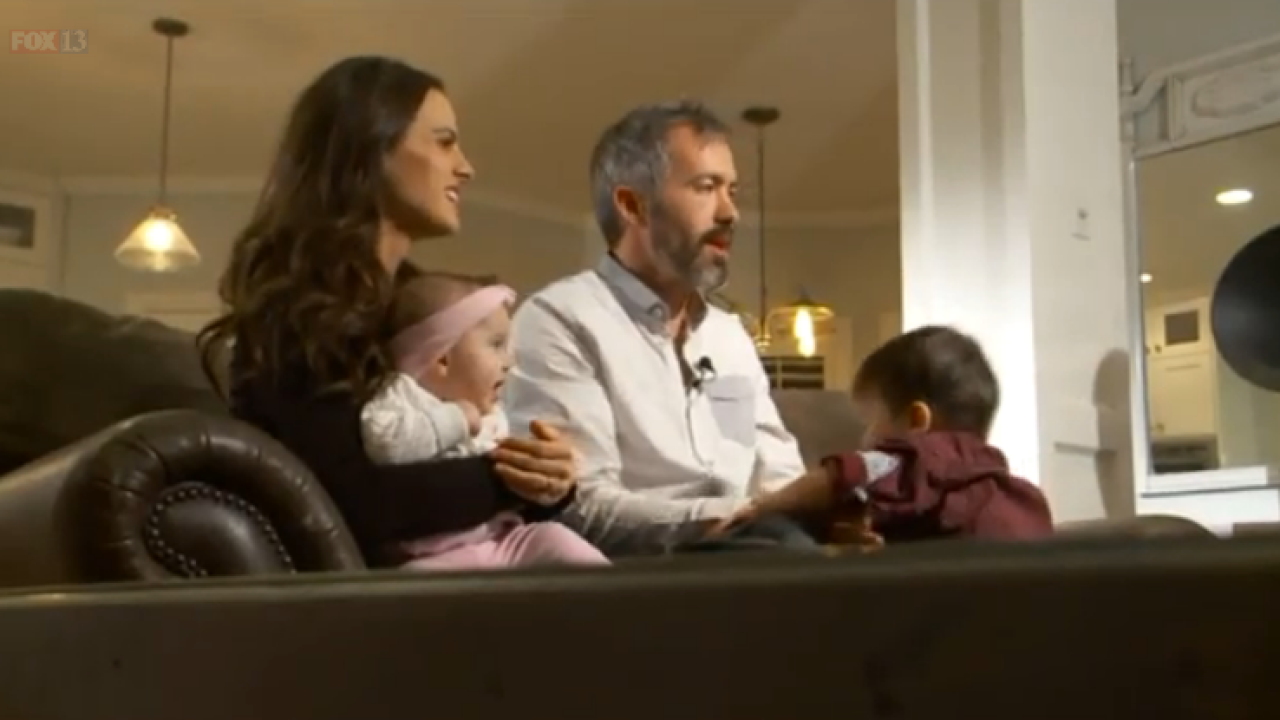 Riverton, UT  -- The Tillotson family of Riverton will be living out their dream of showing their three kids the world.

"We've actually had this dream for quite a while," said M'Kenzie Tillotson.

They will be traveling the world for a year starting this summer. However, as they started to plan, reality sunk in. Derek and M'Kenzie are outnumbered.

"We just realized 'Okay, there's two of us and there's three of them' and we wanted to enjoy this as well," said Derek Tillotson.

So they posted a video on YouTube, letting the world know they're looking for a nanny,

"We can have a little bit of a bigger pool to choose from, we didn't know how big the pool would become," said Derek Tillotson.

With a pool of 19,000 to choose from, the Tillotsons have their work cut out for them.

"I thought there would be the Mary Poppins candidate and she'd fall out of the sky and she'd be so perfect for our family but we're finding that everybody is such a great candidate," said Derek Tillotson.

With some help from an Excel program that narrows down resumes, they hope to pick someone by early February.

In addition to a monthly paycheck that will range from $1,200 to $1,500, the nanny gets an all-expense paid trip around the world.

They plan to sell their house this spring and head out in July.

"From New York City we'd go to Iceland and from Iceland into Scandinavia, and then tour the rest of Europe with our family. See places like Turkey and Croatia," said Derek Tillotson.

Then they'll come back to Utah for Christmas break and head west.

"January of next year, we'll be in Hawaii and then we'll travel into Asia and the Pacific," said Derek Tillotson.

The Tillotsons said sharing this dream on social media has been rewarding in unexpected ways.

"I've gotten a lot of messages that have said you've inspired me to remember what my dreams are and that I can make them happen," said M'Kenzie Tillotson.