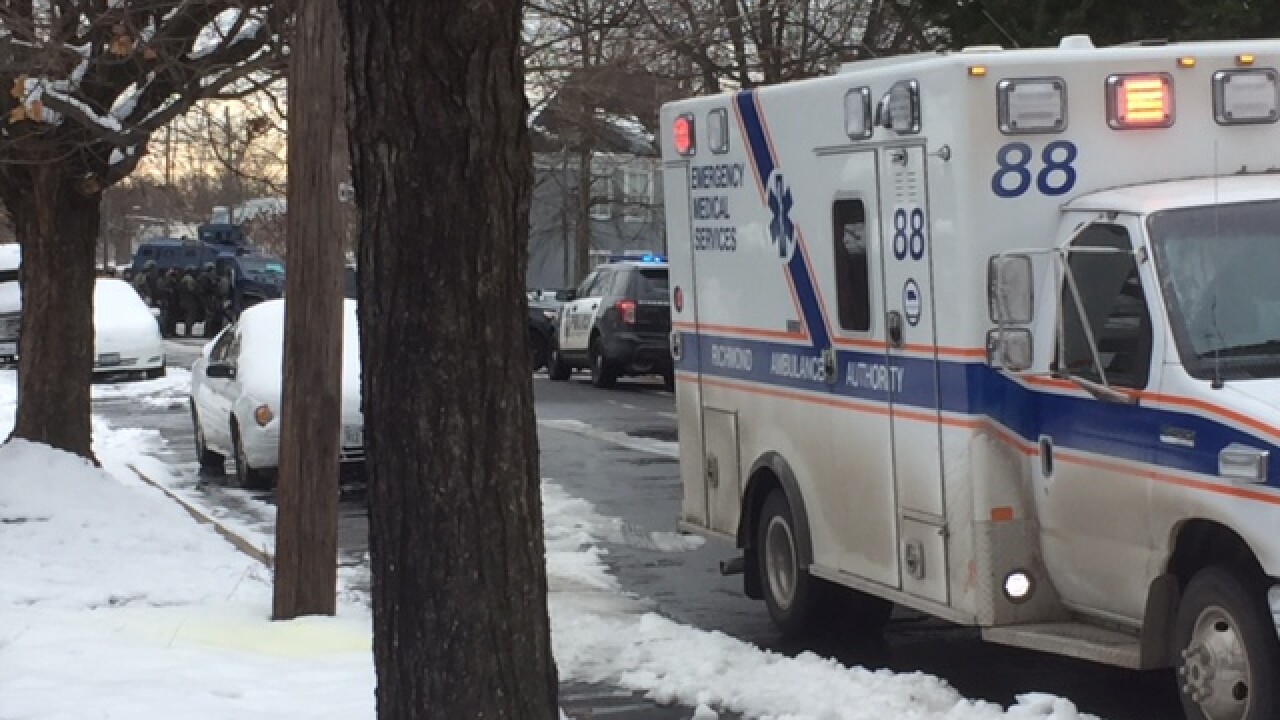 RICHMOND, Va. – Richmond Police officers were engaged in a standoff with a subject who they said assaulted a victim and then barricaded himself inside a home off of 23rd Street in the city’s East End,  between V and W Streets.

Members of the SWAT team geared up to respond, and officers had long guns out and were positioned behind an armored vehicle.

Police said that the incident started as an assault in the 1100 block of N. 29th Street and the victim followed the suspect to the 1600 block of N. 23rd.

When police approached the suspect ran into a house on North 23rd.

The victim was treated and taken to a local hospital with non-life threatening injuries.

The barricaded ended a couple of hours later, and the suspect was taken into custody.