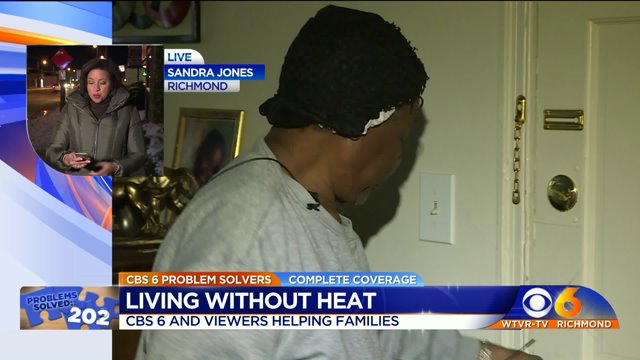 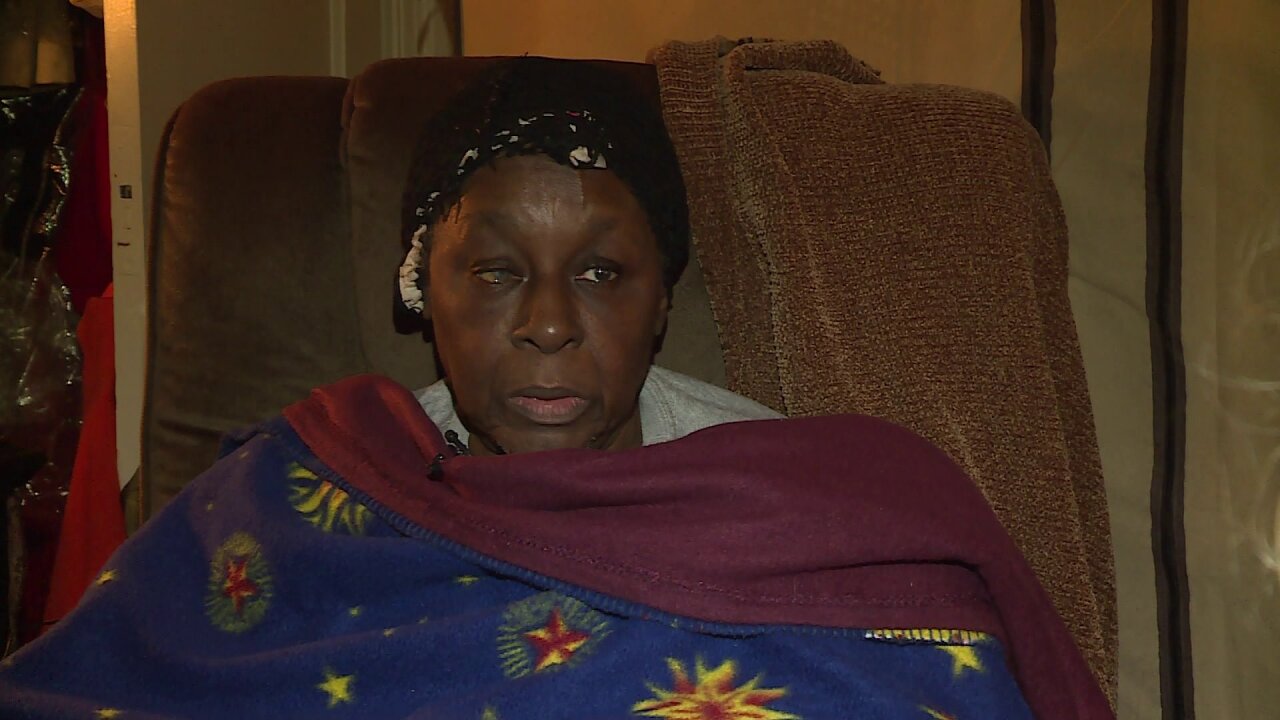 RICHMOND, Va. -- Viewers have reached out to the Problem Solvers line asking how they can help local families dealing with frigid temperatures.

Laura and Lyndon Gunter contacted CBS 6 saying they’ve been struggling to keep their Eastern Henrico home since November because of a mix up with a government voucher for heating assistance.

Tuesday, the county fixed the problem.

The oil company came out to the Gunter’s home and filled their tank.

Theressa Dixon reached out to CBS 6 complaining of no heat in her Brook Road apartment since November, despite paying her power bill and rent on time.

Dixon said she’s been getting by with one space heater.

On Tuesday, two CBS 6 viewers came forward after seeing Dixon’s story and provided her with a radiator style heater for her apartment.

It’s a national organization providing community service which includes assistance for Seniors in the Richmond area.

"It was horrible.  She was without heat.It's cold.  Nobody should be in this weather.  One degree [temperatures] without some heat,” said Shelia Williams Jones.

"We have projects that we do out in the community.  We're concerned about them, we'd like to engage them especially where we can,” said Violent Mensah.

Mrs. Dixon said that management at the apartment complex are working on having her heat fixed by tomorrow.