Obama tearfully thanks his wife in emotional moment 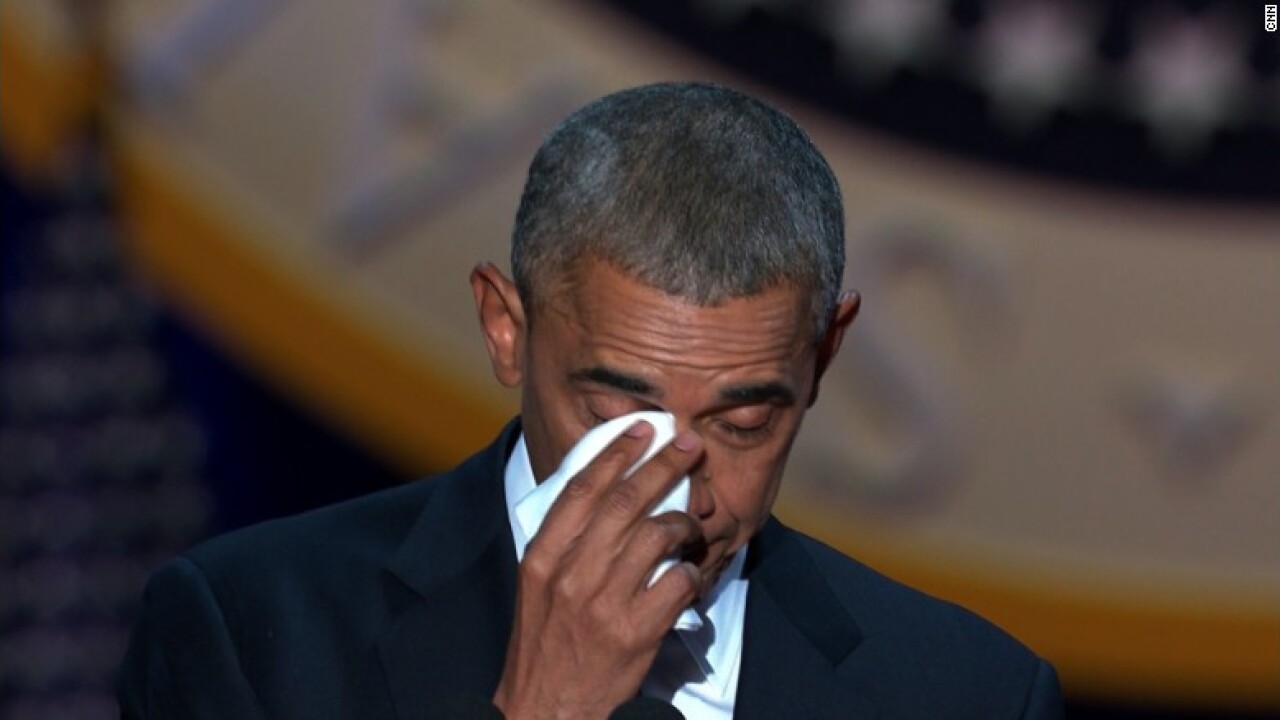 President Barack Obama momentarily batted back tears as he thanked his wife, Michelle, during the emotional tail-end of his farewell address in Chicago Tuesday.

“Michelle Lavaughn Robinson, girl of the South Side — for the past 25 years, you have not only been my wife, the mother of my children, you have been my best friend,” Obama said. “You took on a job you didn’t ask for, and you made it your own with grace and with grit and with style and good humor.”

Obama at one point took out a white handkerchief to wipe his eyes. Malia, his eldest daughter, also was seen wiping away tears.

The President’s speech centered on the threats to democracy but also his fundamental belief in the system, asking his supporters to still trust that change and progress are possible.

He also gave a shout-out to his vice president, Joe Biden, calling him “a brother.”

“You made the White House a place that belonged to everybody,” he said about Michelle Obama. “You have made me proud, and you have made the country proud.”

Shortly after his speech concluded, Michelle Obama tweeted a picture of a much-younger looking Obama family saying, “So proud of @POTUS and all that we’ve accomplished together. An incredible journey filled with remarkable people. I love you Barack. -mo.”

So proud of @POTUS and all that we've accomplished together. An incredible journey filled with remarkable people. I love you Barack. -mo pic.twitter.com/TFUN3GDLyz