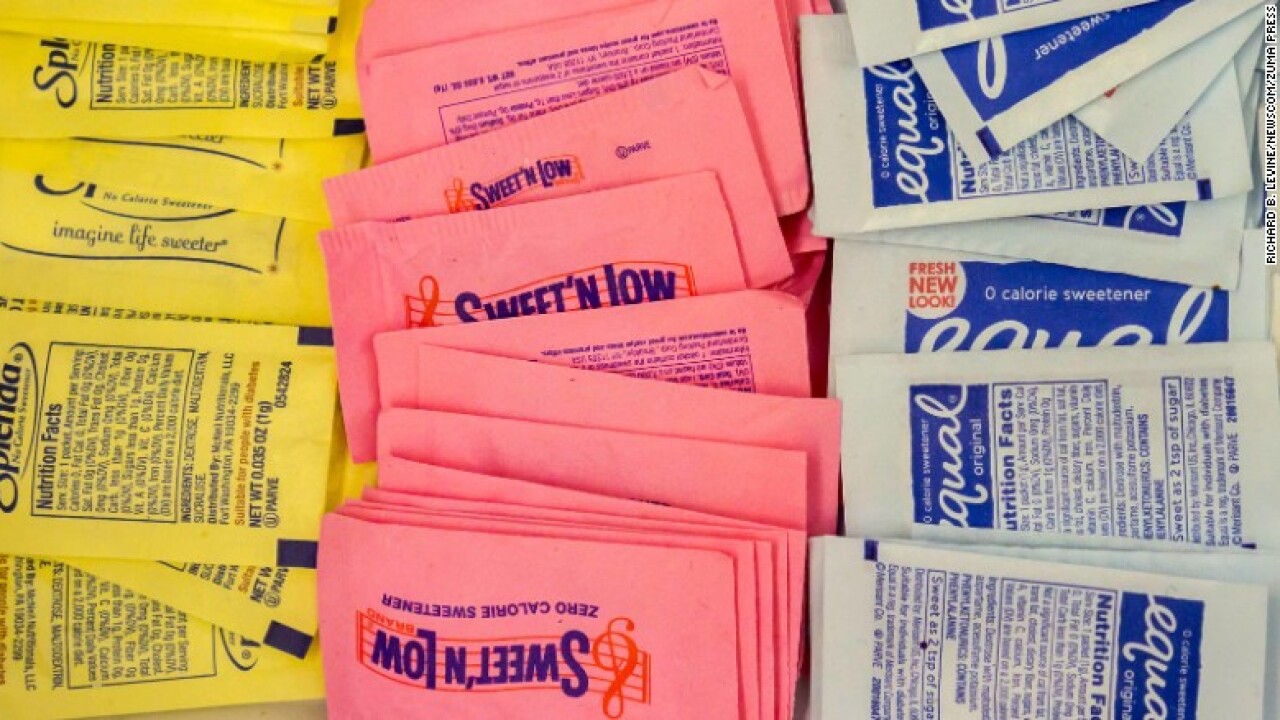 Americans are scarfing down more and more low-calorie sweeteners, and researchers are raising some concerns.

The consumption of low-calorie sweeteners jumped a whopping 200% among children and 54% among adults from 1999 to 2012, according to a study published in the Journal of the Academy of Nutrition and Dietetics on Tuesday.

“We were somewhat surprised,” said Allison Sylvetsky, assistant professor at the Milken Institute School of Public Health at George Washington University, who was lead author of the study.

“While we anticipated an increase, the magnitude of the increase was much larger than we had anticipated, particularly in kids,” she said. “It is not surprising that low-calorie sweetener consumption continues to increase, though. … There has been a lot of pressure put on the food and beverage industry to reformulate, which has led to more lower-sugar, low-calorie sweetener containing products appearing on the market.”

Low-calorie sweeteners, also referred to as artificial sweeteners, are sweet-tasting compounds that provide few or no calories when consumed, Sylvetsky said.

Such sweeteners are often used to replace added sugars, such as sucrose and high-fructose corn syrup, in foods and beverages. They can be found in such products as diet sodas, powdered drink mixes, sugar-free ice cream and light yogurts.

Low-calorie sweeteners include ingredients such as aspartame, saccharin, sucralose and stevia.

Americans are sweet on sweeteners

For the study, researchers analyzed data on low-calorie sweetener consumption, in the form of food, drinks and packets, among 16,986 children and adults in the United States from 2009 to 2012. The data came from the National Health and Nutrition Examination Survey, which included self-reports on food and drink intake.

The researchers compared their findings with a previous data analysis that explored low-calorie sweetener consumption from 1999 to 2008. That previous analysis also relied on data from the National Health and Nutrition Examination Survey.

Beverages, such as diet sodas, accounted for the majority of low-calorie sweetener consumption in both children and adults, the researchers found.

This significant rise in low-calorie sweetener consumption may be a result of more sweeteners emerging in the food supply, recent obesity-prevention campaigns or the increased prevalence of diabetes, the researchers suggested.

“It’s an interesting study, particularly the differentiation between drinks versus other items. It’s a very important distinction,” said Sacha Uelmen, director of nutrition for the American Diabetes Association, who was not involved in the study.

She added that low-calorie sweeteners are mentioned in the association’s 2017 Standards of Medical Care as having the potential to reduce overall calorie and carbohydrate intake if they are substituted for caloric sweeteners and consumed in moderation (PDF).

As the new study revealed a high prevalence of low-calorie sweeteners, the researchers called for more trials examining potential health effects of sweetener exposure in children and adults.

Rachel Hicks, a spokeswoman for the American Beverage Association, assured consumers that low-calorie sweeteners are safe.

“Decades of scientific research, as well as regulatory agencies around the globe, have repeatedly reaffirmed the safety of low- and no-calorie sweeteners as part of the diet. And the science is clear that because they have few, if any, calories these sweeteners can be an effective tool for weight loss or as part of a weight management plan,” the association said in a statement.

Experts have long debated whether sugar-free and diet products, which often include low-calorie sweeteners, are beneficial for weight control.

The latest jab thrown in the fight comes from a paper published in the journal PLOS Medicine last week. It suggests that there is a lack of evidence to support the role of artificially sweetened beverages, such as diet sodas, in preventing weight gain.

“There is tremendous public health significance in investigating whether low-calorie sweeteners are helpful or harmful for weight management and chronic disease prevention,” she said. “This is particularly important to study in children, as early life exposure may influence future taste preferences and dietary patterns.”

“I would love to see more research on the effect of low-calorie sweeteners, in children especially and also adults,” she said. “There is a lot of skepticism in the public around diet drinks and these sweeteners; however, there is also a lot of demand and need for options.”