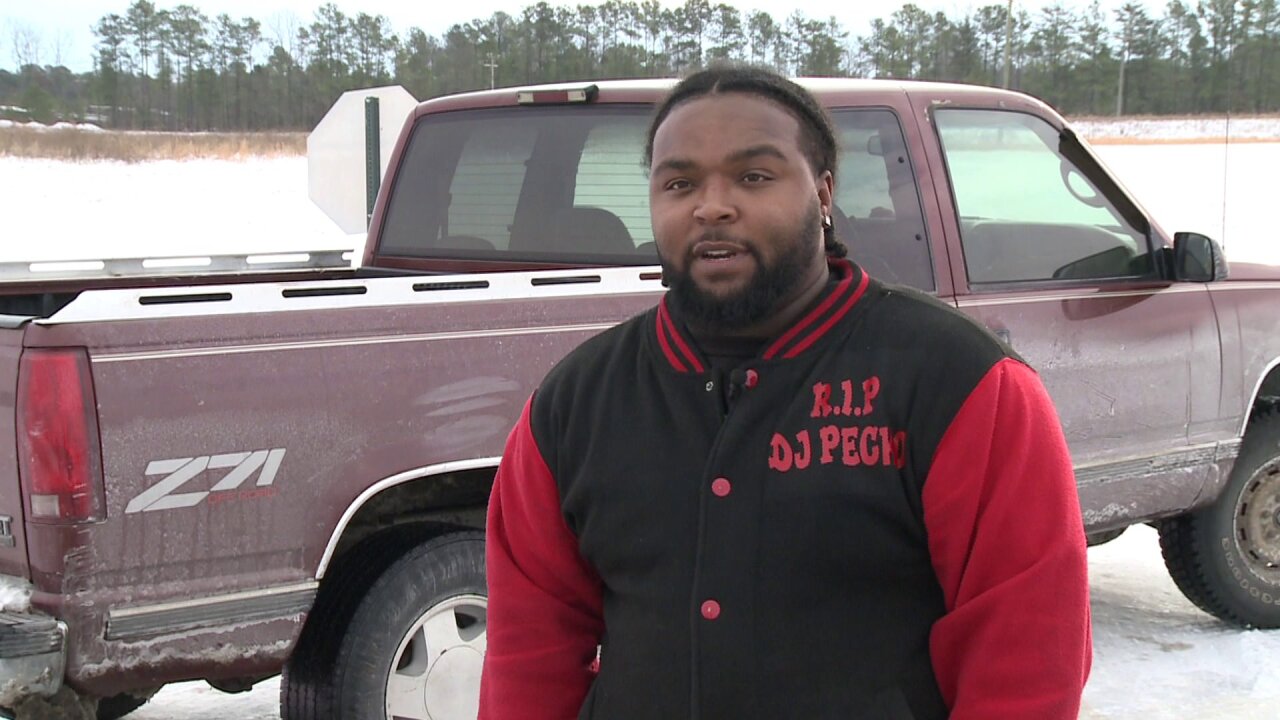 SUSSEX COUNTY, Va. -- A Sussex County man is being hailed as a Good Samaritan after giving free rides to community members after the snowstorm over the weekend.

Vincent Yates offered his services on his Facebook page to help those who needed to get out, but couldn’t because of the snowstorm.

It didn’t take long for Yates cell phone to blow up with requests.

"I was taking people to the grocery store, to different neighborhoods, had a lady who had to go get stuff for her kids," said Yates.

"So when I in-boxed him, he was like, yea he can come and take me to the store,” she said. “So he came and picked up me and my boyfriend up and took us to Liberty to get us something to eat.”

Jones wasn't alone; dozens of strangers across Central Virginia took Yates up on his offer.

But it wasn’t just free rides that Yates provided after the store. Yates and some of his friends also helped pulled out drivers who were stuck in the snow.

Yates and some of his friends also helped pulled out drivers who were stuck in the snow.

"I think he did a good deed with helping everybody, I'd refer him to anybody that needs transportation," Jones added.

Although Yates didn’t charge anyone, he says multiple people donated money to him anyway, which he promptly used to fill up his gas tank.

Yates said he had a couple of flat tires during all of the commuting, but that didn’t slow him down.

"I just took my time and got it done, and that was it," he said.

The Good Samaritan said his good deeds weren’t just a one-time thing. Yates said he will be back out again helping others next time it snows.