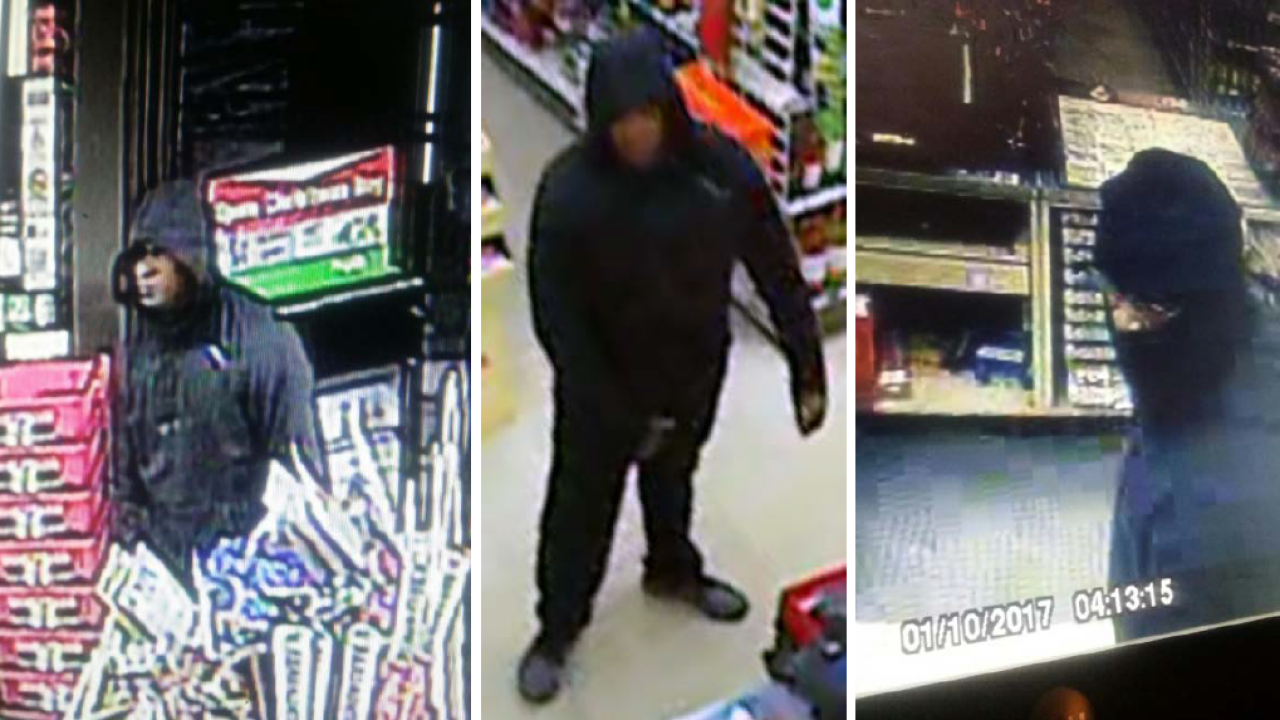 FREDERICKSBURG, Va. – A female 7-11 clerk reported that she was assaulted by a man who, a month ago, exposed himself to her.

The Fredericksburg Police Department has asked for the public’s assistance to identify a suspect who entered the 7-11 Convenience Store at 340 Amaret Street. The crime occurred, around 4:15 a.m. on Jan. 10.

The clerk went to the back office to retrieve an item and the suspect followed her to the office, police said.

The suspect threatened the clerk with a weapon and sexually assaulted her.

He was last seen leaving the store and walking towards Race Street.

The victim reported to police that the same suspect had previously entered the store on Dec. 2, 2016,  at approximately the same time, and exposed himself to her.

She reported that incident to her manager.

The suspect is described as a black male, approximately 5’9”, has a “squeaky voice” and wears glasses.

He was wearing gloves, gray shoes, black pants, and a black jacket with a hood over his head during Tuesday’s incident.

The investigation is active and ongoing.

The Fredericksburg Police Department urges anyone with information about the suspect to contact police immediately at 540-373-3122.