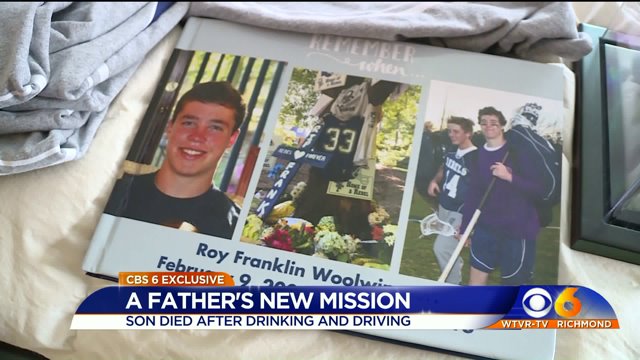 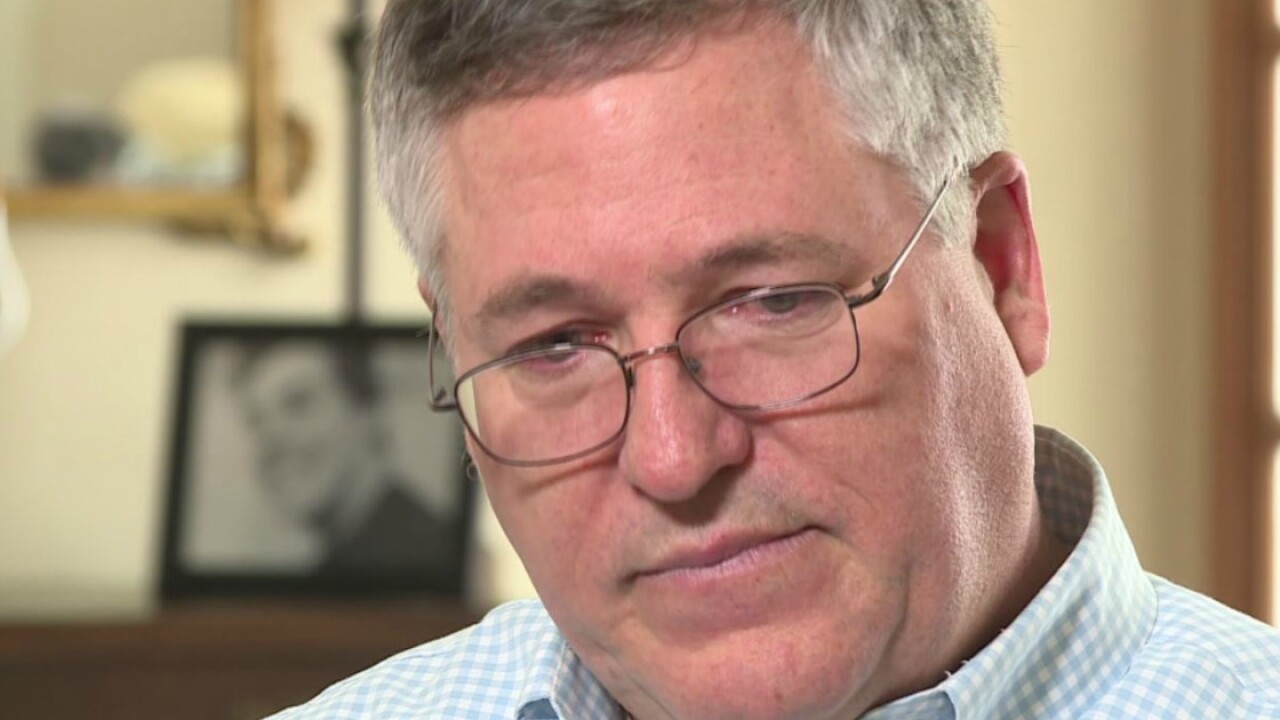 HENRICO COUNTY, Va. -- "He won’t go to a prom. He won't graduate from high school. I can’t take him to college. I'm not going to be at his wedding."

Roy Woolwine is in the midst of his grieving process, five months after his 16-year-old son Frank was killed in a crash near their western Henrico home.

“I think about him every minute,” said Woolwine. “It’s hard to focus at work, to focus on the other kids. I go through my sadness,” added Woolwine.

A toxicology report indicated the Freeman High School student was drunk when he crashed his car on Westham Parkway, just north of Pinetree Road, around 2:15 a.m. on August 6, 2016.

"[The test found] .19 was his alcohol level, which we all know, that's almost four times the legal limit," Roy Woolwine said. "All because of one stupid, stupid decision that he made, and he made it himself, there’s nobody else you can blame for that."

Woolwine was out of town, and Frank was staying with his grandmother, when he texted his dad asking if he could spend the night at a friend’s house.

"Normally I would have said no, but he said 'dad this is my last night before football starts on Monday. I really would like to hang out with these guys.' I said okay,” explained Woolwine.

Woolwine said Frank’s friend told his parents he was sleeping at Frank’s, but instead they ended up at a party.

"He had actually Ubered to a party and Ubered back from what I understand earlier in the evening so that’s got me a little baffled," Woolwine said.

Woolwine said his son received a text from a girl and ended up heading back out, but this time he drove.

"No matter where he was going at that time of night, why didn’t he Uber? That’s another one I’ll think about the rest of my life," Woolwine said through tears.

Since his son's death, Woolwine has surrounded himself with reminders of Frank in every corner, and on every wall of his home.

Snapshots of his son, always smiling.

"This is Frank's room. I moved my office into Frank's room so I keep that emotion in front of me so I wouldn’t hold it in," Woolwine said.

Woolwine said his son had so much promise as a high school athlete with the rest of his life ahead of him.

"Every time I go to a football game I think about him playing," Woolwine said through tears. "If I see a play go the wrong way I think about if he was there and how proud I would have been."

Woolwine said he planned to honor his son's life by trying to stop other people from drinking and driving.

"I am dedicated to keep talking to kids and keep helping them understand that it can all change in a matter of a second," Woolwine said. "If I can get through to one kid, I feel like I can accomplish something.

“The main thing I want to get through to them is they can use Frank as an example that it just took a second to make that decision to grab those keys, be smart about it we know you are going to be kids but find a way have a buddy system have someone who is not drinking that night to step up and say I’m in charge,” Woolwine said.

He recently spoke to Frank's classmates at Freeman High School.

He reminded them to about "taking a second" to think before you make a decision and how his son's death could have been prevented.

Woolwine hands out wooden chips with his son’s football number 33 on one side and the words “take a second” on the other.

"The fact that this happened and how it happened could have been prevented and I really hope these kids just take a second and think about me think about Frank," Woolwine said. "If that’s successful then I’ll live the rest of my life and feel good about that."

He said he hoped to start a non-profit in the coming months and travel across the country to tell Frank's story in hope of saving lives.