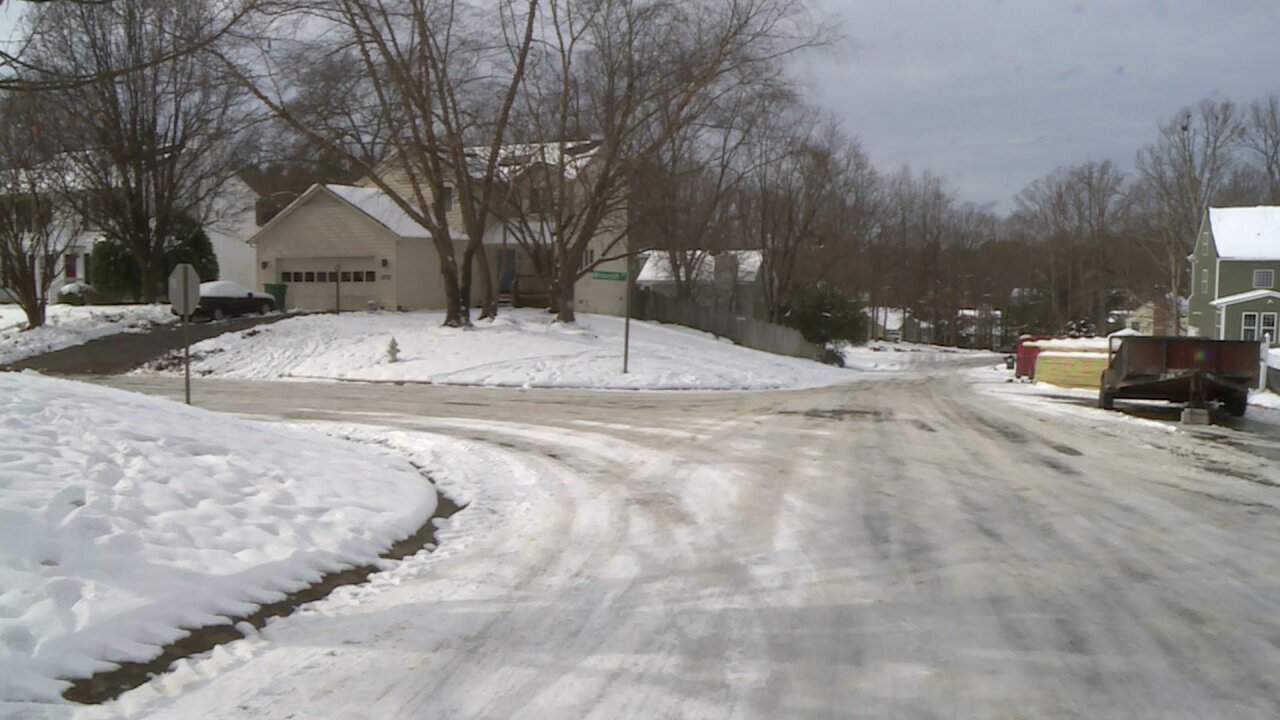 HENRICO COUNTY, Va. --   Throughout central Virginia road crews are still in emergency operations as they continue to try and clear roads that are still covered in ice.

The concerns are over streets located well into neighborhoods where crews have not made it just yet or there is just so much ice packed on the pavement it is tough to clear and tough on drivers.

“We`ve been here 11 years so seeing this longer than anywhere else is not new,” long-time Henrico resident Tommy Han said.

Han’s street in the western part of the country is just one of many still covered with ice and snow.  Fortunately, Han said there have not been too many issues as long as cars take their time.

“There`s been a little bit but historically the worst part has been getting stuck,” Han added.

Ice continues to be an issue across Han’s neighborhood where steep hills remain slick.

Walter Turnage lives at the top of one of those hills and said conditions are not the worst he has seen but knowing your way around can help prevent an accident.

“Age brings some wise thoughts and we came in a back way so we didn`t have to negotiate the hills,” Turnage said.